By Musazilla (self meida writer) | 23 days

This is a once-in-a-lifetime chance to travel into space. It will not be a simple trip. 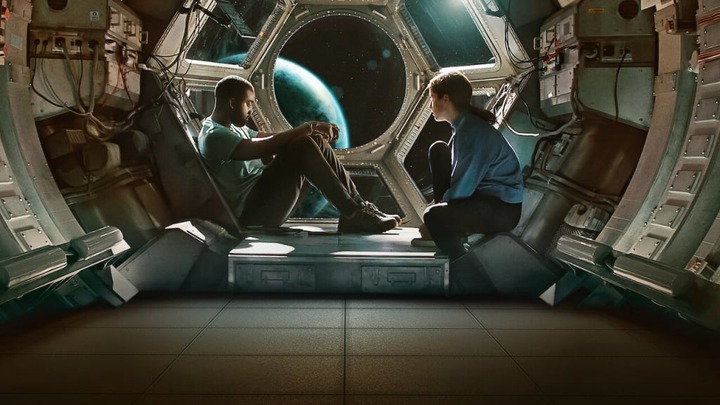 In 2021, Stowaway arrived on Netflix via rocket. In their rocket, a group of scientists discovers an unexpected visitor. Since they don't have enough oxygen to support an additional person, the team must make tough choices in order to stay alive.

After reading some negative reviews for Stowaway, I decided to take a different approach to this film. Stowaway had me wondering what would happen next at every turn. The climax is so gripping that it made my heart race. Stowaway is a film about making the right choices in the face of adversity.

Toni Collette, Anna Kendrick, Daniel Dae Kim, Shamier Anderson, and Anna Kendrick all gave outstanding performances. The story of Stowaway is a character analysis. In a setting like this, the quartet took the time to explore their dynamic.

Kendrick left an impression on me. This is the first time I've seen Kendrick completely immerse herself in a character rather than interweaving her personality. Her enthusiasm when she jumped out of her seat upon reaching space reminded me of myself. Zoe takes command. She exemplifies exceptional leadership. She also expressed feeling.

Every member of the crew has a chance to shine. Before seeing this film, I had never heard of Anderson, but he had a strong command of his emotions. Many viewers expressed an interest in seeing it.

The film does a good job of exploring regret. David (Kim) shocked me when he learned that his research may not stand a chance due to circumstances. His words serve as a great reminder that we must not forget ourselves. Kim did an excellent job of displaying remorse.

Collette should have played a bigger role in the film, in my opinion. Colette's strong expressive face is as impressive as ever. She exemplified how difficult it is to be in control. Part of me wishes she was in charge of a critical decision because she still seems to be there.

It was important to move at a slow pace. It depicted the universe of space. It also primed us for the thrilling conclusion. You get a strong sense of loneliness.

Joe Penna was emotionally invested in the characters. He helped me empathize with the characters, allowing me to fully comprehend their motivations. Making decisions is a difficult task. In the scene where the trio addresses their acts, his guidance is at its finest.

Penna delves deeply into the raw silent moments. I like how the mood shifts from excitement to a sense of entrapment. Every sequence in space was enthralling to watch.

The spaceship's details were meticulously planned. The film's cinematography was superb. The best aspect is the space visuals. The rendering of space shots took a long time for the filmmakers. Although it appears to be entertaining, I'm not sure I'd ever want to float around in space. To complete missions, you must be well trained.

Yes, there were some notable inaccuracies about how space works and how astronauts perform their duties, but they did not distract me. I don't know much about the universe of space, so I was more focused on the plot.

While some aspects of Stowaway could have been written better, I really enjoyed it. My recommendation is to watch it as a character analysis rather than a film about space inaccuracies. Stowaway is available on Netflix.