"It Is Either A Student Or Teacher That Killed Leticia", Kofi Finally Reveals His Opinion

By KofiLegit (self meida writer) | 28 days

Following the recent Incident that happened in Sunyani area of Bono Region, where a female Student of "Miracle Senior High School (SHS)", allegedly Committed suicide, "Kofi Akpaloo" has finally revealed his own Opinion over the Sad story. 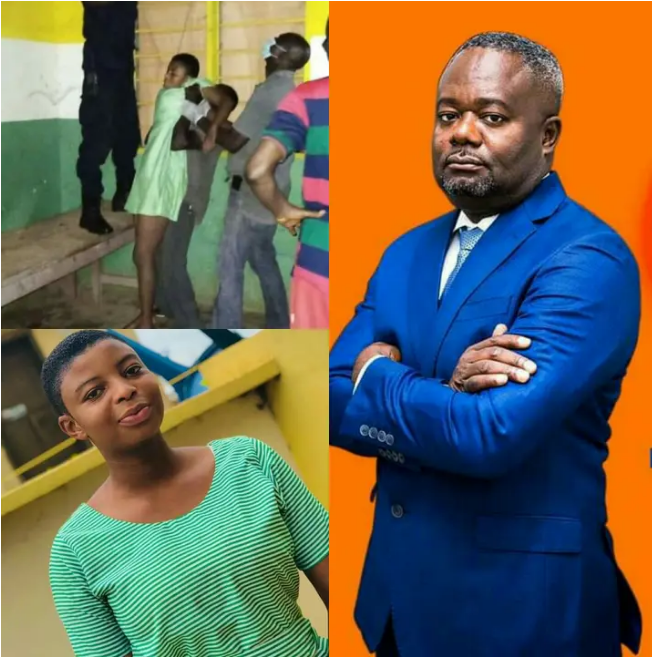 According to the information gathered, "Kofi Akpaloo" in Reacting to the tragic death of Late "Leticia Kyere Pinaman" urged investigators to consider other possible case scenario, concerning the gruesome murder of the 16-year-old girl. In his claims, he said that the deceased look so innocent to have killed herself. Adding that when critically analyzed judging from the time the incident happened, there is every tendency that a Student or a Teacher, whom she must have been in a relationship with, could have likely "raped" her.

Furthermore, while Speaking to "Kingdom 101.7 FM", he added that whoever carried the act was scared of the consequences, and so decided to hide the fact by deliberately hanging her, on the rope inside the school dinning hall. He was of the opinion that the girl look so innocent for her to have committed suicide, but by drinking poison hence he suspects a foul play.

"It is either a student or teacher that killed Leticia Kyere. There is no possibility that such an innocent girl could have taken her own life. Someone whom she is likely in a relationship with, somehow raped her, then hanged her on a ceiling inside the school dinning hall for him to conceal the act", Kofi Akpaloo Said.

Meanwhile, reports gathered by the Local media shows that, a written note was found on the deceased when she was found hanging on the ceiling, which reads "There is so much pain and sorrow in my heart".

A lot of Ghanaians have had their suspicions on the alleged suicide case on the 16-year-old girl. Many people believe that those who killed her tried to pin it on a suicide Story, while others claim that the doctor's report did not disclose that she defecate, Urinate or stocked out her tongue.

What is your thought over this Revelation given by Kofi Akpaloo?

Do you remember Hamamat Montia, the beautiful Miss Malaika queen? Check out what has happened to her

What A Shame :University Students Asked To Kneel Down.

Picture of university students kneeling down in class like primary kids pops up online.