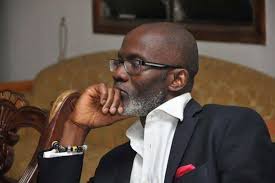 For instance, with the issue of the IMF bailout, Gabby Otchere Darko was first to announce the amount realized from the e-levy so far plus the possibility of the government, going to the IMF. This tweet from him made a lot Ghanaians blast and insult him, especially when he was included to the people who criticized Mahama. Today, when asked why he still tweets despite the numbers of insults he receives daily, this was his response.

"I am just a social commentator on Twitter who only shares his idea when he hears or sees something. Someone asked me a question that why do I still tweet despite the number of insults I receive daily. You see I have over 400000 followers on Twitter. And when I tweet, I will have at least 70 to 90 people comment. And 90 percent of them insult me.

Three Things Black Sherif Needs To Change About His Appearance