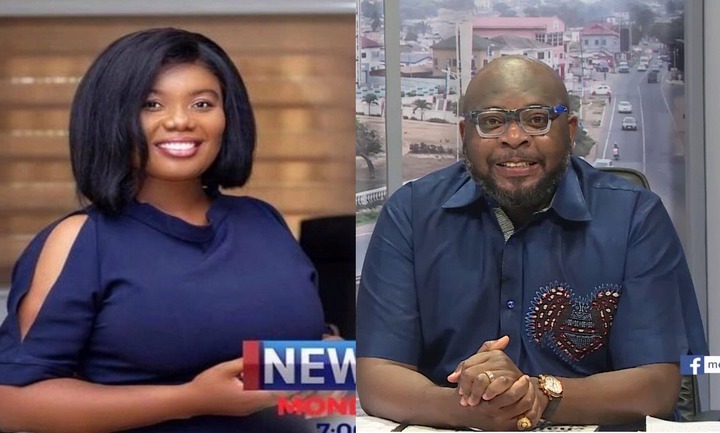 The Bible described true love in 1st Corithians as selfless. This was the kind of love Jesus Christ showed to humanity as he died on the cross for the sins of the world. Randy Abbey, the host of Metro TV's Good Morning demonstrated true love to Bridget Otoo, a new news anchor to the TV station yesterday.

It all started when the former news anchor of TV3 joined the Accra based Metropolitan Television channel after almost a decade of staying off air. According to sources close to the media house, officials in the Akuffo Addo government were not comfortable with the new recruitment at the station because Bridget was a known critic of the government. Efforts were therefore made to twart her appointment. 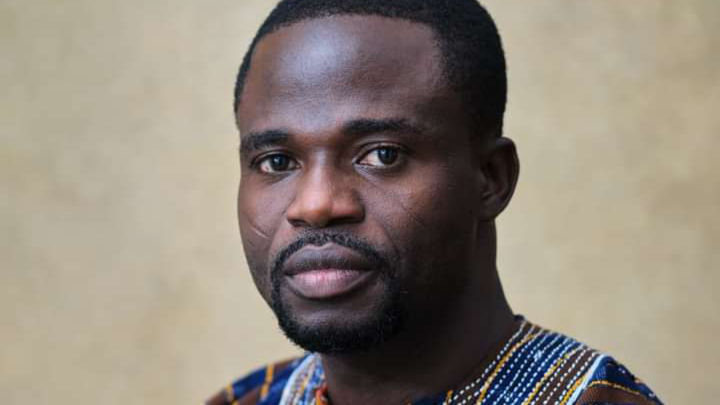 According to an investigative journalist Manasseh Azure Awuni, the forces behind this came out strongly when the lady was preparing to present the evening news bulletin on Tuesday. He wrote on his Facebook wall that while Bridget Otoo was making up, a powerful man in the media house stormed the studios to stop her from going on air. Even though the managing director had refused to succumb to pressure to reverse Bridget's appointment, the instigator succeeded in preventing her from hosting her first news bulletin on Tuesday.

But Randy Abbey, another pillar in Metro TV and host of Good Morning Ghana who had been behind Bridget all these while protested strongly the attempts to stop Bridget from going on air on Tuesday. Consequently he boycotted his program on Wednesday in solidarity with Bridget Otoo. According to sources, Randy was ready to lose his job if Bridget was denied a job at Metro TV. 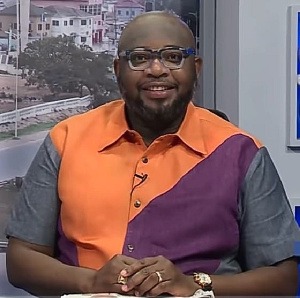 Eventually, the instigator pulled the breaks. He withdrew the pressure and called Bridget to apologize for the misunderstanding. He allegedly assured management his maximum coorperation going forward.

Randy returned to air on Thursday after Bridget had hosted the previous night news bulletin.

That was the manifestation of true love. To the extent that Randy could resign from his current job simply because a colleague was being treated badly means Randy deserved commendations. How I wish all journalists will show this kind of love towards one another.

In a related news, some media outlets have reported that the man behind the near disposal of Bridget Otoo was Paul Adom Okyere, an appointee of Nana Akuffo Addo and host of Good Evening Ghana on Metro TV. This came as no surprise to many because Paul had been using his program to advance the course of NPP government. He was yet to respond to the allegation. 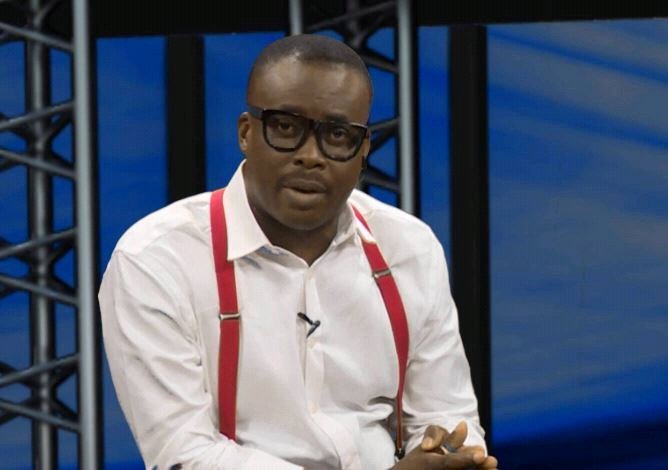 Below is the statement by Manasseh Azure Awuni on the commotion at Metro TV. 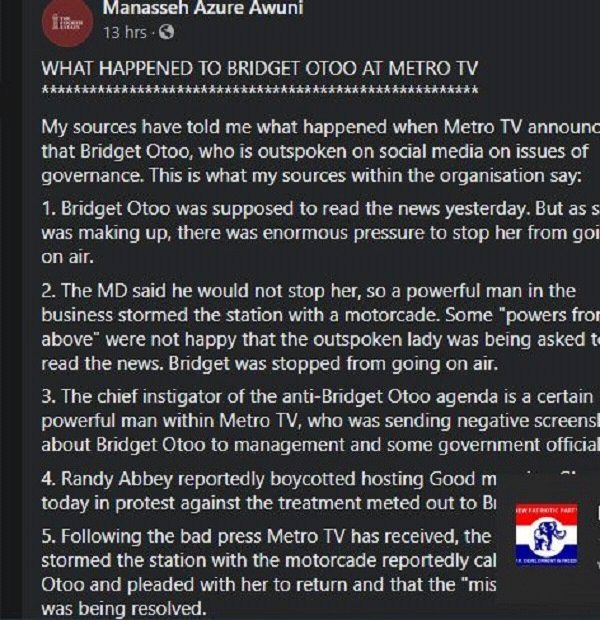