By AccraBlogger (self media writer) | 5 months ago

Over the years, outstanding personalities such as Bishop Ben Nyarko, Akatsa and Akata, Agya Ntow, Araba Stamp, Owusu Ansah, Katawere, Suzzy Williams, and many others have departed the Ghanaian film business to the land of no return. The tragic death of Agya Manu which has become a topic, cannot be ignored. Unfortunately, many of these dead souls suffered from poverty as a result of few or no film parts when they were living.

Agya Manu's death struck the film business like an earthquake, and many people who loved him were saddened. Agya Manu was a seasoned actor who began his career in the 1990s. Agya Manu was an instrumental musician at the national Keysoap concert party. He also appeared in an Akan drama series. Unfortunately, these popular television shows that gave joy and amusement to many Ghanaians died and were never revived.

Then came Kumawood, courtesy to Agya Koo, who used his talent to ensure that Nigerian films did not take over the Ghanaian local film industry. All the way, Agya Manu was a vital component of the team that helped Kumawood become what it is today.

As humans, we will never be able to avoid death. Agya Manu had hypertension and diabetes, according to reports. He was brought to the hospital on Tuesday, but unfortunately died soon after. Although the cause of his death remains unknown, his one-week observation poster has gone viral.

On the 26th of June 2021, the one-week observation will take place at the Art Center in Accra. As it is customary among Ghanaian tradition, the one week is a day during which, the family of the deceased gathers and deliberate on which day the final funeral rite will be held.

It is also a day in which, preparation are made. From where I come from, an amount of money is set by the head of the family ( Abusua Panyin) and shared among the family as a contribution. The children of the deceased are made to pay for the coffin as the rest of the family takes care of canopies, chairs, foods and drinks.

All Sympathizers are cordially invited. 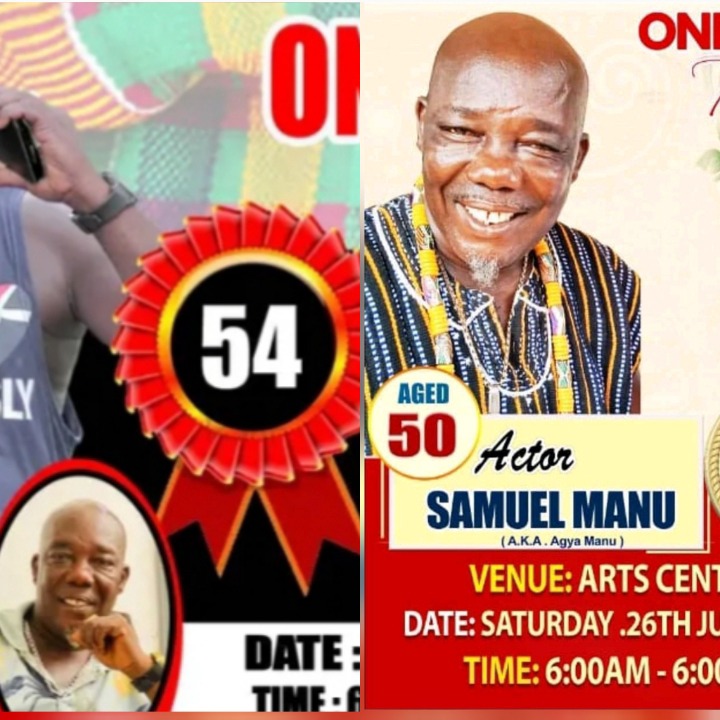 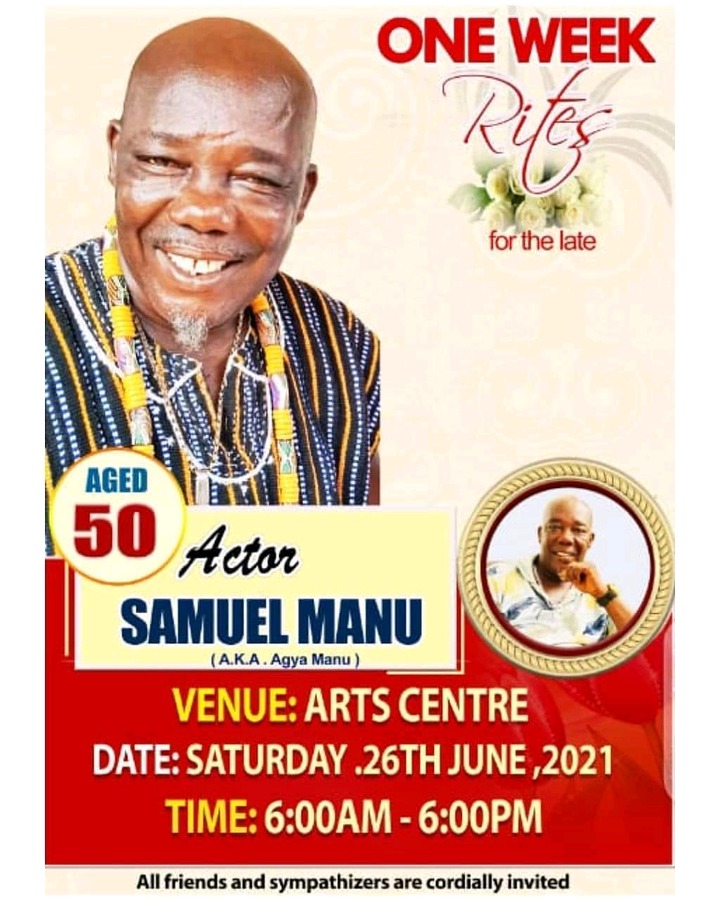 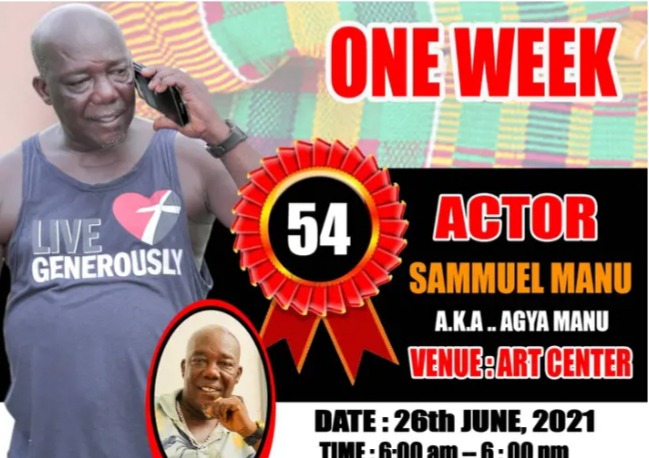 It's possible that perhaps the graphic designers of these two perplexing posters were not supplied the right information.