By Mantonginimy (self media writer) | 1 year ago 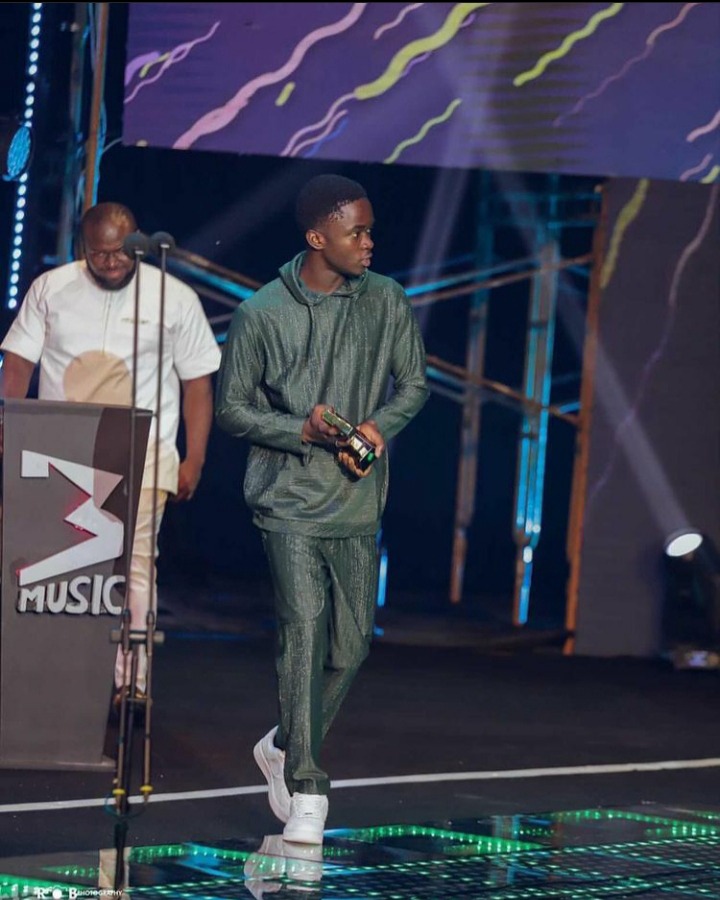 New and youngest artiste in Ghana currently who is making headlines, Yaw Tog has been name by BET as the ' Amplified International' Artiste for the Month of April, 2021.

BET International said they will be updating the followers with interviews and works among others of Yaw Tog across all their social media platforms within this month of April.

" BET Amplified is our seal of approval on the next big thing in music, " BET International post said. 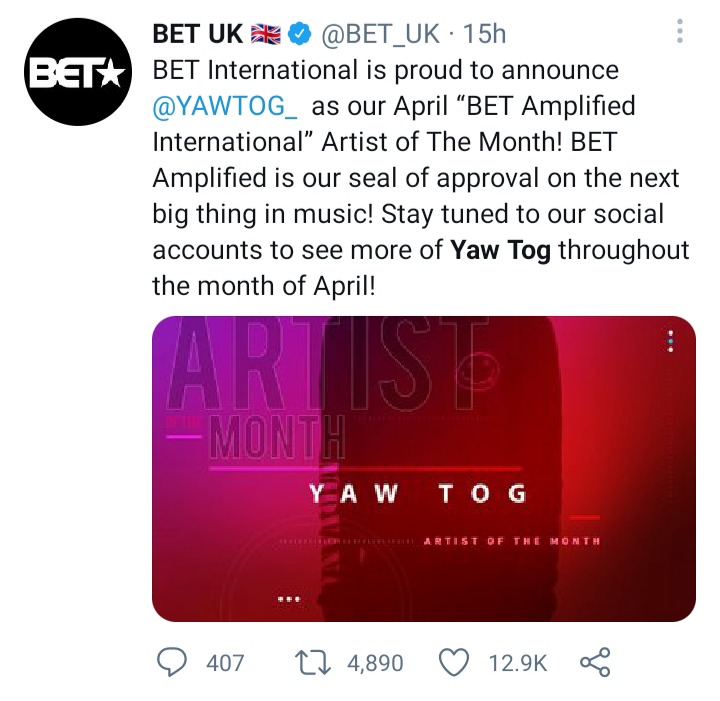 Yaw Tog is still a Senior High School student and he goes by the full name Thorsten Owusu Gyimah, who has risen to fame especially after releasing the hit song 'sore'.

He comes from Kumasi also called "Kumerica" by most Ghanaians and has most of his fan base from there. 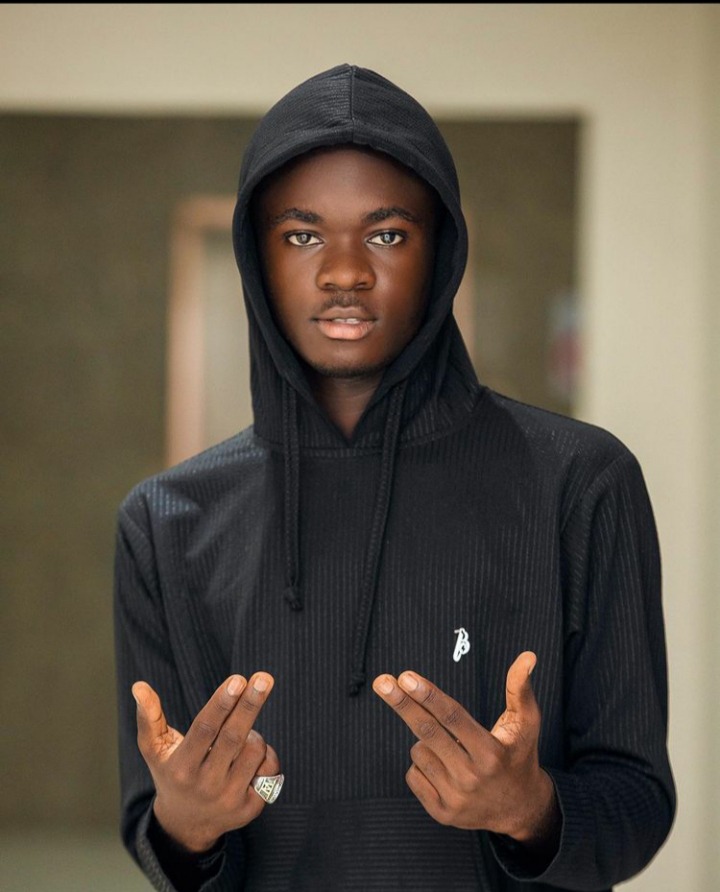 He has won the hearts so many Ghanaians with his 'sore' song which introduced the world to Asaka, Kumericans are currently moving to drill music.

This song has became so popular that he even had the chance to do a remix with UK based rapper Stormzy and the award winning rapper, Kwesi Arthur.

He recently released his first and debut album which he called ' Time' and he was also nominated five times in this year's Vodafone Ghana Music Awards.

' Sore' alone had 3 nominations including:

1.Most Popular Song of the Year

2. Collaboration of the Year

In an interview with him, he claimed that Kwesi Arthur inspired him to do music and he learns most of his drills from him.

A video compilation that went viral on the internet has Jack Grealish playing Yaw Tog's 'Sore' remix in it.

Please do me a favour by liking and dropping your comments. Thanks.

Female Students Threaten To Quit School Because Of Hard Jobs

Actor, Van Vicker and wife serve lovely couple goals at the beach side