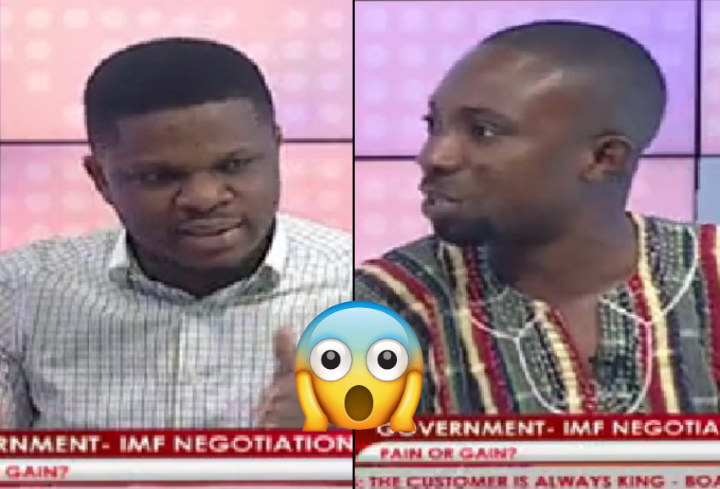 There was a bit of drama in the studios of TV3 this morning when the National Communications officer for the NDC, Sammy Gyamfi told Dennis Miracles Aboagye to apologise on live TV.

It all started when Dennis Miracles Aboagye made it clear that former President John Agyekum Kuffour secured a loan from an Egyptian Company known as Euroget De-Invest to help build several health facilities in the country.

He added that such loan was meant to put up nine hospitals, including a Military hospital in Kumasi. Sources indicate that under the provision of the contract, the entire project should have been completed within three years of commencement at the cost of $519 million.

"My brother made a very false statement that I think he must apologize for it before we close this program if he has the modicum of integrity. He said when we took office, President Kuffour had procured a loan for the Euroget hospital projects and that the money was sitting in our accounts. Why is it that you people can lie like that. The agreement was signed in 2010" he said.