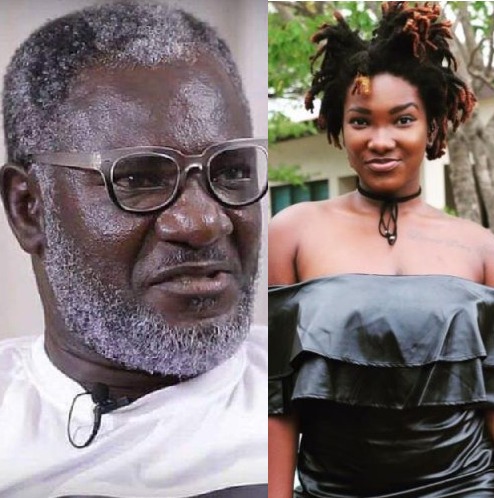 The late renowned dancehall star Priscilla Opoku Kwarteng, aka Ebony's father, Nana Opoku Kwarteng, has stirred up a lot of controversy with a new revelation. Starboy believes that the police investigations have convinced him that his daughter was murdered in cold blood prior to her accident.

Mr. Kwarteng revealed that the records of the investigations that were made available to him by the CID suggested that there was no foul play in the accident that cost her life.

According to his findings, it was also impossible to hold anyone accountable for what had occurred.

"But I questioned the report after the previous CID boss, Maame Tiwaa, delivered it to me; she said the driver also took a risk with his life and therefore they had nothing to pin on him."

"Since he is the only one still alive after the accident, I wanted him to tell me something," he said, according to Adom TV.

Mr. Kwarteng noted that after requesting more investigations from the Inspector General of Police, a team of investigators was assembled, but their findings were rather disappointing.

The team leader informed me that the youngster should be released because he is just 27 years old and will perish in jail cells if kept behind bars. "We live in that country; Ebony was 21 at the time, but the man in question is 27; who is younger?" he asked.

He lamented that by failing to get Ebony to her destination safely, the driver had broken his obligation under their social contract.

Mr. Kwarteng expresses confusion about the police's decision to prevent the driver from providing a complete account of what happened on the night of his daughter's death.

After paying a visit to her mother on February 8, 2018, Ebony, her friend Franky Kuri, and a bodyguard named Francis Vondee were all killed in a car accident on the Sunyani-Kumasi route.

Content created and supplied by: lukmansule56 (via Opera News )