“Leave Papa no alone to do his campaign” - Tracy Boakye

By GHLatest (self media writer) | 2 years ago

Tracy Boakye did a live Facebook video on August 17, 2020 in order to reply Honourable Kennedy Agyapongs allegations on Net 2 TV.

Tracy was upset when Honourable Kennedy Agyapong used defamatory remarks like “foolish girl” to describe her on a National TV . Some allegations were made on Net 2 TV that, Tracy Boakye has some sexual content videos and tapes between Former President John Mahama and her. And Tracy is using them to blackmail the Former President.

Tracy Boakye boldly declared that, she doesn’t have any kind of video or tape relative to the allegations levelled against her.

According to Tracy Boakye, Former President John Dramani Mahama is one of the person she respected so much and she hasn’t dated him before. In fact she feels shy to even date him because of the nobility of Former President Mahama. She added that she gets heartburns whenever falsehood is levelled against the Former President.

Moreover she asserted that no part of her daughter’s body resembles the Former President. She asked

“Which part of my daughter (Nhyira) resembles John Mahama?” 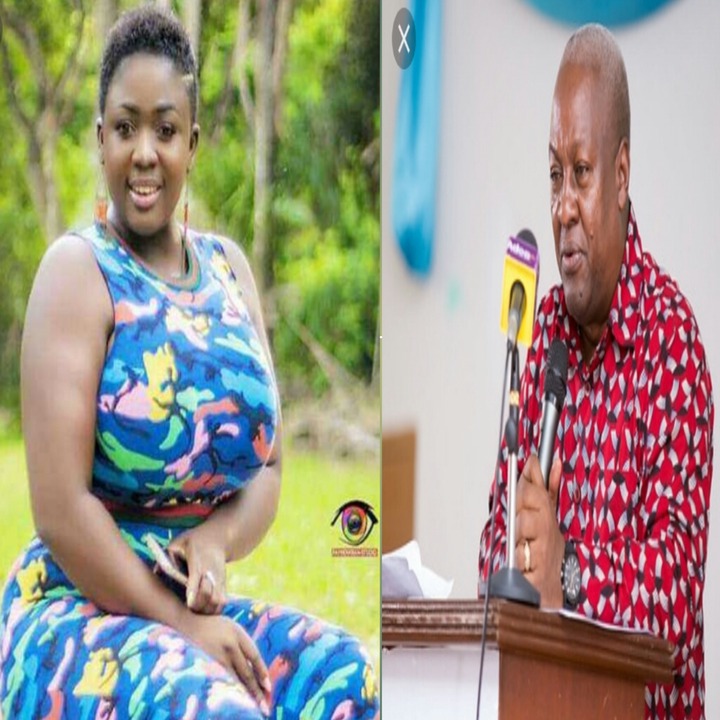 daughter has a responsible father.

She urged Ghanaians not to give his daughter father’s credit to Former President. And asked Ghanaians to leave Papa no alone to do his campaign.

Content created and supplied by: GHLatest (via Opera News )