History about the Kumasi-How the Kumericans get their alleged money

By TrendCode | self meida writer
Published 14 days ago - 120 views

If Ghana has been known for decades for its warm melodies and playful rhythms, one confinement period was enough for many things to change. In September 2020, a bunch of rappers suddenly gained huge attention on Twitter and Instagram with tracks like “Sore” and “Akatafoc.” No sweet lyrics, no choreography, no Afro beats: this was drill music. Born in the 2010’s on the South Side of Chicago, a powerful successor to trap music, this rap subgenre tended to present a purer and rawer face than that of mainstream hip-hop. Among the rappers who popularized it (mainly Chief Keeve), many had a double life between their gangs and their music, in which they described their macabre acts with precision: drug dealing, assault, murder… This harsh style quickly gained popularity in the impoverished neighborhoods of Great Britain, before being re appropriated by the United States around 2018, notably through the (deceased) Pop Smoke. “Welcome To The Party”, “Dior”, and the New York rapper with the darkest voice of the game popularized the genre worldwide.

In Ghana, the phenomenon made its way through Kwaku DMC, Jay Bad, O’Kenneth, Reggie, Yaw Tog, City Boy and many others. Strangely enough, all these drillers claim to be under the same umbrella: Kumerica, a word born from the fusion between Kumasi and America, whose lifestyle is admired by the local artists. A big part of Kumasi’s youth feels represented by the term, and as far as in Accra, the Kumericans are gaining attention. What’s happening in the Ashanti capital? 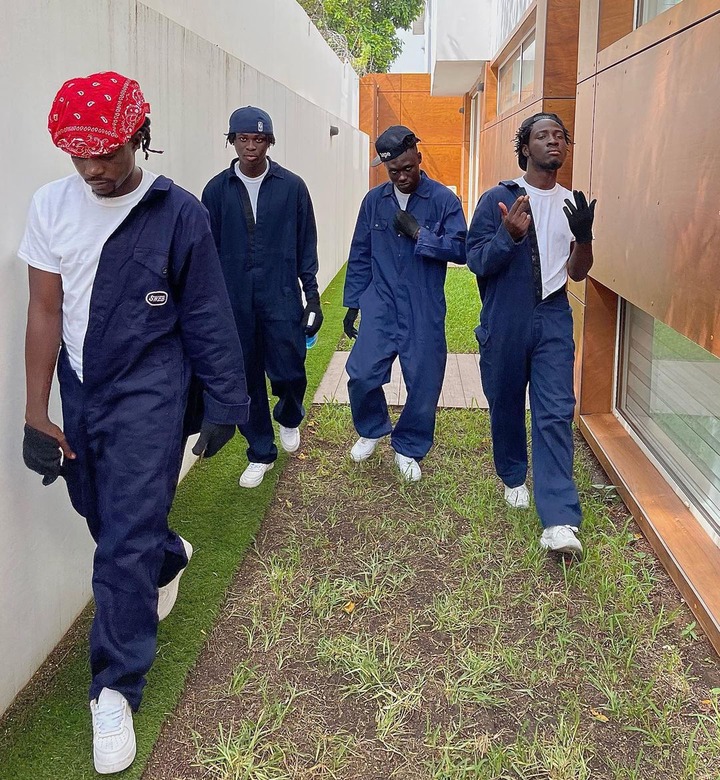 Content created and supplied by: TrendCode (via Opera News )

Chicago Chief Keeve Ghana Kumericans South Side
Opera News is a free to use platform and the views and opinions expressed herein are solely those of the author and do not represent, reflect or express the views of Opera News. Any/all written content and images displayed are provided by the blogger/author, appear herein as submitted by the blogger/author and are unedited by Opera News. Opera News does not consent to nor does it condone the posting of any content that violates the rights (including the copyrights) of any third party, nor content that may malign, inter alia, any religion, ethnic group, organization, gender, company, or individual. Opera News furthermore does not condone the use of our platform for the purposes encouraging/endorsing hate speech, violation of human rights and/or utterances of a defamatory nature. If the content contained herein violates any of your rights, including those of copyright, and/or violates any the above mentioned factors, you are requested to immediately notify us using via the following email address operanews-external(at)opera.com and/or report the article using the available reporting functionality built into our Platform