Is dreadlock (rasta) a bad thing? Check the Rastafari movement and it origin

By Yondaclinz (self meida writer) | 24 days

The issue of some students with dreadlocks seeking admission to enter into the Senior High school has become a topic of discussion this day and one of which happened in Achimota school where a rastaman was denied admission. To me, I think intelligence is not measured by looks but by mind so we have to reconsider that as a nation and give equal opportunity to all.

With this, I decided to bring into light the origin of Rastafari (dreadlocks) and their main principles. 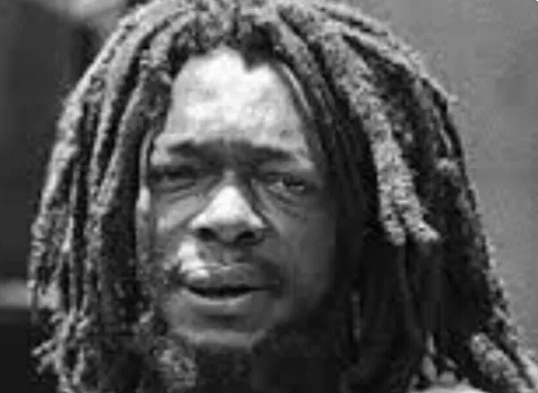 “Look to Africa, when a Black King shall be crowned, for the day of deliverance is at hand” (Marcus Garvey: 1920)

When Marcus Garvey’s words were followed by the Crowning of Ethiopia’s Emperor Haile Selassie in 1930, they were seen as the fulfillment of a Prophecy, giving birth to what was to become known as the Rastafarian Religion and Movement.

The Roots Of Rastafari

In the 1900s Marcus Garvey preached Black self-determination and rose to prominence in America with the Back To Africa Movement which sought the repatriation of former Slaves to Africa.

During his time in America, Jamaican-born Leonard P Howell was amongst Garvey’s staunchest supporters, and when Garvey was deported to Jamaica following the collapse of the Back To Africa Movement after its infiltration by the FBI under J Edgar Hoover, Howell soon followed, arriving in Jamaica in 1935.

On his arrival in Jamaica, Howell was immediately confronted by the dominance of Euro-centric Christianity which in his view reinforced White Supremacy and impoverished the Spirit and confidence of Jamaican Blacks.

Howell’s response was the creation of a new Philosophy for Black Spiritual upliftment that sought to eradicate the White Supremacy inherent in Jamaican Colonial Christianity.

Fundamentally, Howell fashioned the Messianic message of Christianity in a Black mold.

He taught that the crowning of Emperor Haile Selassie was the fulfillment of Marcus Garvey’s 1920 Prophecy which could also be traced to the Bible’s promise of a Messiah in the Book Of Isaiah.

More specifically, he presented Haile Selassie as the Messiah sent for the deliverance of all Black people from White oppression.

In his book, The Promised Key, Howell set out the following principles of Rastafari:

(1) Hatred for the White race;

(2) The complete superiority of the Black race;

(3) Revenge on Whites for their wickedness;

(4) The negation, persecution, and humiliation of the government and legal bodies of Jamaica;

(5) Preparation to go back to Africa and;

(6) Acknowledging Emperor Haile Selassie as the Supreme Being and only ruler of Black people.

Contemporary Rastafarianism has since adapted Howell’s initial principles, and today Rastafarians believe in the following, amongst other things:

• The humanity of God and the divinity of man;

• God is found within every man;

• God It is very important to see all historical facts in the context of God’s judgment and workings;

• The supremacy of life;

The Response To Rastafari

Howell’s new doctrine was not initially well-received by the Jamaican authorities.

He was labeled a Treasonous Heretic, and sent to prison for sedition as well as spending some time in a mental Asylum.

Upon his release in 1940, he established Jamaica’s first Rastafari community of self-sufficient believers.

Howell and the First Rastas were ostracized and lived isolated lives.

Nevertheless, due to the prevailing negative Socio-Economic conditions in Jamaica, Howell’s message continued to resonate, gaining new followers who would spur the movement forward.

The Rise & Acceptance of Rastafarianism In Popular Culture

Mortimer Plano would adopt Howell’s teachings and rise to become one of Rastafari’s most recognized figures agitating for change in Jamaica.

To address the growing class conflict in Jamaican society due to the rise of Rastafarianism owing to the activity of Plano and others, the Jamaican government invited Rasta leaders to a cultural program and fact-finding mission to Africa.

Rasta Elders like Plano visited several African countries including Ghana, Nigeria, and Ethiopia, and it was during this trip that Mortimer Plano met Emperor Haile Selassie in person.

Upon his return to Jamaica, Plano went on to establish a school of Rasta Theology in the Trench town housing district, and it would be at Plano’s Trench town teaching sessions that Bob Marley would be first introduced to Rastafari.

Marley became one of Plano’s most dedicated students, with the Wailers being managed by Plano in the early stages of their Reggae career.

It was people like Bob Marley who were students of the early Rasta Luminaries that would eventually play a role in the spread of Rasta Consciousness across the globe.

Although Dreadlocks have since become a Pop Culture staple, according to Rasta Elders, they mirror the Bush hairstyle kept by Kenya’s Mau Mau Guerillas who fought against British Colonial Rule, representing the struggle against oppression.

At its core, Rastafari can be understood as a Black response to White Supremacy manifesting itself Politically, Economically, and Socially in the form of a Eurocentric Christian doctrine in Jamaica.

Rastafari has appropriated and inverted Christian symbolism to address the negative effects of institutionalized Racism on Black people at the Psychological, Spiritual, and Material levels.

It is a philosophy aimed at restoring Black self-esteem by recasting religious ideas into an Afrocentric Political ideology.

Rastafari as a response to White Supremacy can be understood particularly during the time of its inception by Howell, and it would seem that in challenging White Supremacy it initially developed its counter-narrative of Black Supremacy.

With time, it also seems that Rastafari has shifted towards emphasizing universal principles like peace and love rather than Black Supremacy.