Diana Hamilton's Biography. Check out her age and other interesting facts you need to know

By Setzer (self media writer) | 1 year ago

Diana Antwi Hamilton is a Ghanaian gospel musician and currently the holder of 4 great awards received from the just ended VGMA awards. The awards include; the most popular song of the year, gospel song of the year, songwriter of the year and the overall artiste of the year. 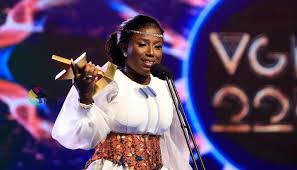 The proud Pentecost girl was born in December 1978 in Kumasi. She began her education at Morning start school in Accra, Ghana and proceeded to Ghana National College Cape Coast where she had her secondary education. She has an interest in helping humanity which led her to pursue a carrier in nursing.

She was born to Apostle Felix Antwi and Mrs Comfort Antwi a former executive member of the Church of Pentecost who presently heads the Takoradi area of the Church. Diana is the third of eight children.

She got married to Dr Joseph Hamilton in 2005 and they were blessed with a set of twins in 2011 after patiently waiting upon the Lord for six years.

She released her maiden album in 2007 titled, "Osoro be kasa" which enjoyed some good airplay which brought her into the limelight. Her second album which was released in 2010 tilted"Ensi wo yie" gained her fame in the Ghanaian Gospel Music Industry.

Diana revealed that her dad never wanted her to be a musician but rather have a profession. After her JHS education, her headmaster ad iced her dad to enrol her into a music school but her dad refused. She revealed this in an interview with Andy Dosty on Daybreak Hitz on Hitz FM. She added that even though she is a nurse in the UK but music is now her work.

She is currently managed by King David Music in Ghana and Ultimate Praise Incorporated in the UK. Diana Hamilton has an estimated net worth of $500,000 including the 1,000,000 dollars she got from her record label Diana Hamilton Ministries. 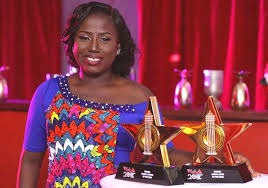