By kaycidiGh (self meida writer) | 23 days

As I always say, the entertainment industry is now boiling with hit songs. 2021 is a year of hit songs, many artists in Ghana are now making strong waves in the entertainment space with hits upon hits from both upcoming and famous artists.

Some few days ago stonebwoy released his new track Blessing featuring Vic Mensa, after few hour the song hit over one million views on YouTube. Which got massive reactions from many Ghanaians on social media, some were comparing it to Yaw Tog's song Sore song which also made the said waves few day after releasing it. 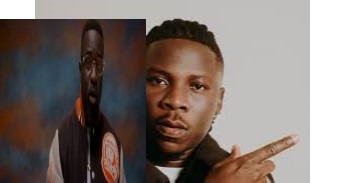 Yesterday another hard wave also hit the social media from Ghanaian rapper Sarkodie, he released his new track Nofaguzy. Which got the internet burning especially on twitter, some few minutes after it was released, it has also started making great waves on YouTube. Many Ghanaians on social media have started comparing Stonebwoy's Blessing song to Sarkodie's Nofugazy song. Some Ghanaians and the fans of the both artist also condemned those comparing these two artists because they are different, and they also do different genre of music so there is no need to compare them, and also both artists have great history in the entertainment industry so comparing the both artists doesn't work. That was reactions of some Ghanaians.

Beautiful Transformational Photos Of Three Tigers And Their Human Friend.