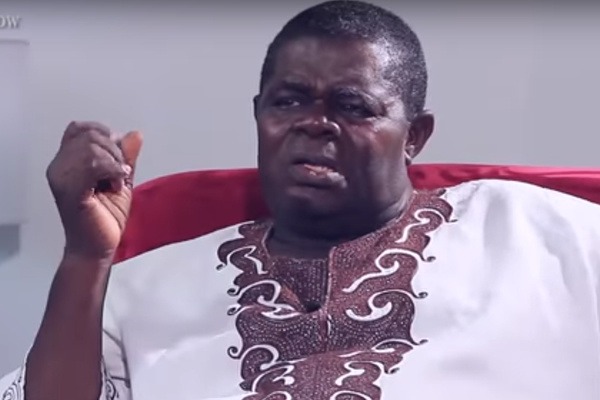 Clement Bonney, better known as Mr Beautiful, a Ghanaian actor, says he has no sympathy for Psalm Adjeteyfio, a colleague in the industry.

Psalm Adjetefio, the major character in the renowned Ghanaian television series Taxi Driver, has recently been in the news after making admissions regarding his financial and health problems.

TT disclosed that he was having financial troubles due to his illness, which drew widespread public sympathy and led to donations from a number of prominent figures, including Vice President Mahamadu Bawumia and Greater Accra Regional Minister Henry Quartey.

However, in an interview Mr Beautiful stated that, contrary to popular belief, he feels no sympathy for his colleague.

Mr. Beautiful claims that TT squandered an opportunity to buy his own home.

Mr Beautiful reveals that he introduced TT to Prophet Emmanuel Badu Kobi of the Glorious Wave Church, who donated TT a large sum of money to help him build a house.

"I have no sympathy for TT; I personally introduced him to Prophet Badu Kobi, and his entire congregation held a fundraising event for him in addition to the money Prophet Badu Kobi gave him." TT personally came to us and said he required money to finish a project in Dodowa.

"Prophet Badu Kobi granted him the funds to finish the project, but we haven't heard anything from him in three years." "The last time we saw him was when he appeared on TV lately, pleading for help, prompting the Vice President to intervene," he claimed.

Mr Beautiful stated that the money donated by Prophet Kobi and his church for TT to finish the alleged property was enough to build a two-bedroom house for his colleague, but refusing to reveal the actual amount.

Mr Beautiful claimed that, contrary to popular belief, TT is in financial trouble, and that his colleague, whom some have accused of mismanaging his assets, leads a lavish lifestyle.

“With the money allocated to him, he should be able to build a two-bedroom self-contained dwelling.

"If you saw the meat stacked up on the stuff he eats today, you'd believe it's going to be utilized to hold a king's funeral," Mr Beautiful added.

TT has found his way back into the spotlight after receiving various forms of support following his announcement regarding housing issues a month ago.

In a recent interview, the actor revealed that despite the huge financial help he has received, he owes a debt of GHC8,000 for an unpaid power bill.