Ghanaians are looking forward to seeing Omar Sheriff Captan back in the movie industry again.

By Scarletbuggarti (self meida writer) | 19 days

It is very obviously not to deny the fact that Omar Sheriff Captan is indeed one of the Ghana's favorite actors. 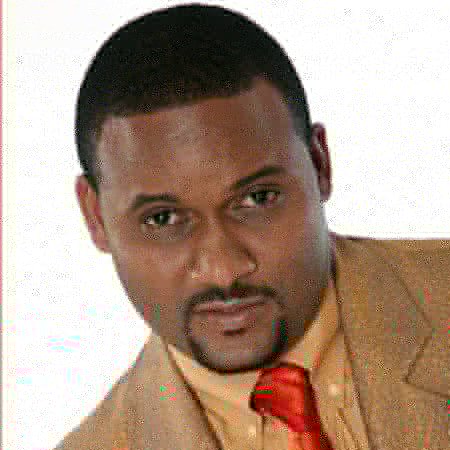 Omar Sheriff Captan is a Ghanaian actor who has starred in many award winning movies in Ghana and across.

His limelight in acting started in the 90s and he has also starred in many television series namely: tentacles, sin city and the rest.

On thing Ghanaians will never and ever forget about him is being a character in romantic movies which he is so much good at.

Omar Sheriff Captan became a household name because of his great abilities when acting.

He is one of a kind in acting who is also very calm and ready to act out any role assigned to him by movie producers.

Omar is not only good in acting but he is also kind hearted fellow which anyone could attest to that even from a distance..

God has really been good to Ghana with such great personalities as our celebrities.

However, one big thing Ghanaians will ever remember him for was the day he disclosed ever losing his virginity on a national television, UTV on the ATUU show hosted by Abeiku Santana.

Omar Sheriff Captan went on to say that, in fact on that day he really enjoyed the sex very well and that he had no regrets ever.

He said he was 17 years old when he first had sexual intercourse..

Come to think of it, this story about Omar is not current, but it is a form of celebrating him.

When all is said and done, he is such a delight to watch in movies both in Ghana and across.

Omar Sheriff Captan tired the knot with his long time lover in the year 2013 which his best friend, Van Vicker was his best man.

On a more serious note, Ghanaians are looking forward to seeing him again in the movie industry.

Currently he is in the Christian Ministry.