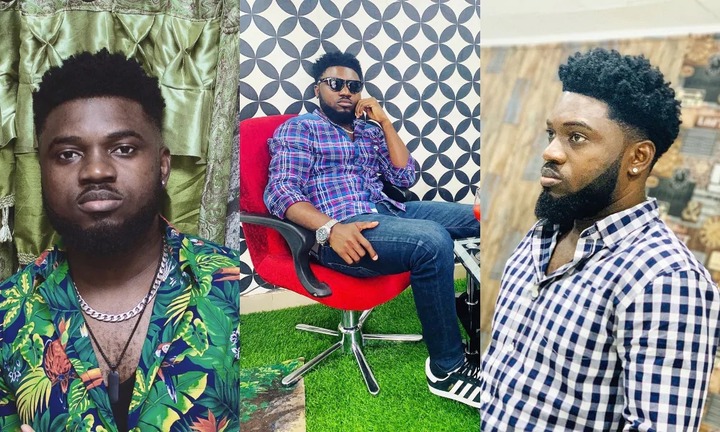 Multiple award winning Ghanaian rapper Elias Ewusi Essel, affectionately called Donzy Chaka; has out of the blue, held an honourable naming ceremony, in which he for the first time, officially outdoored his beautiful set of twins to the general public.

Having received the goodnews of the delivery of his beautiful twins, the rapper took to the popular social media platform instagram, to first make the official announcement to his followers. 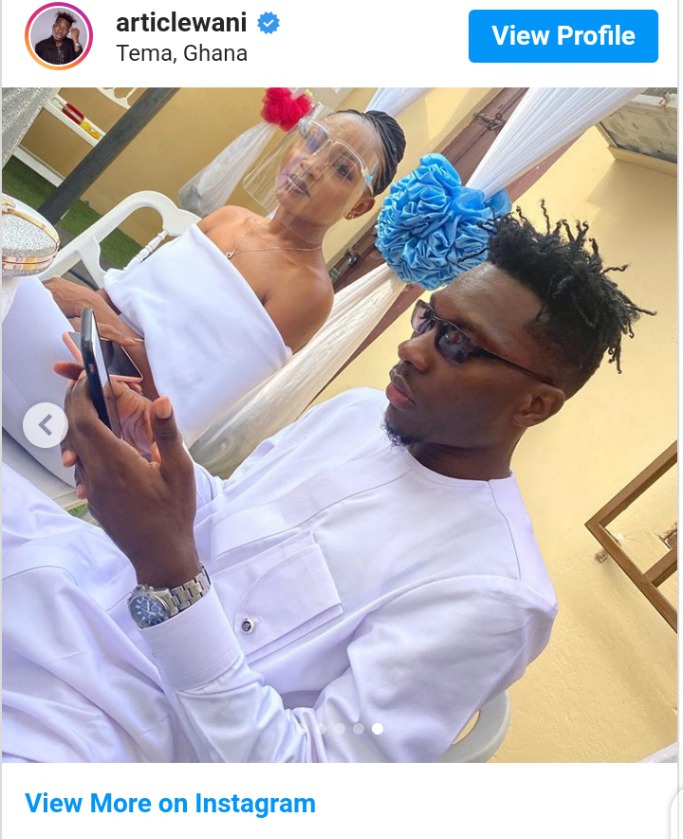 Howbeit, all photos that has followed through his announcement until now, have been all a far away cry from the scene, as he chose not to put the faces of his beautiful babies out there for a while, only doing it officially today.

In a new set of photos that was posted by colleague artiste Article Wan, it pre supposes by the scenes therein that, a host of artistes and stars, were called upon to grace the official outdooring and naming ceremony, of the double bundle of joy. 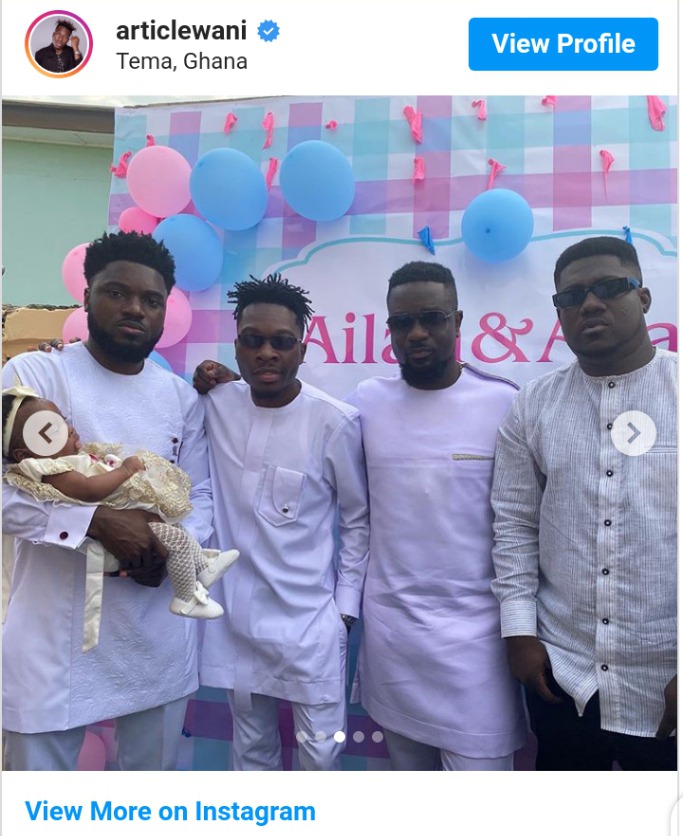 From the scenes of the photos that have made its way online, the venue of the official outdooring happened to be the rapper's own home in Accra. 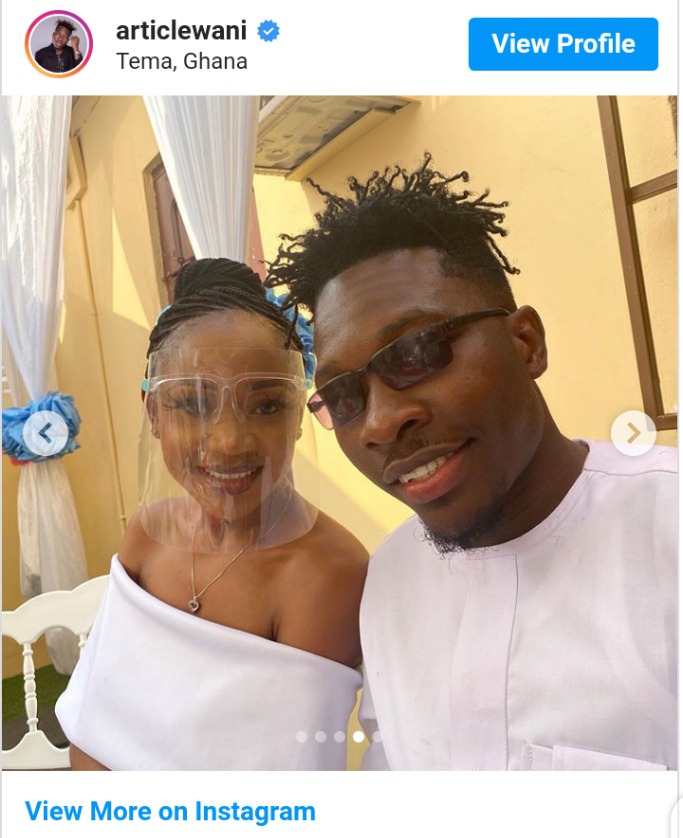 Among the list of A-list celebrities hat graced the beautiful occasion were; multiple award winning legendary ghanaian rapper Sarkodie, buzzing musician Article Wan, and also the infamous loud mouth actress Akuapem Poloo, as they trooped in to stand behind a brother in his moment of joy. 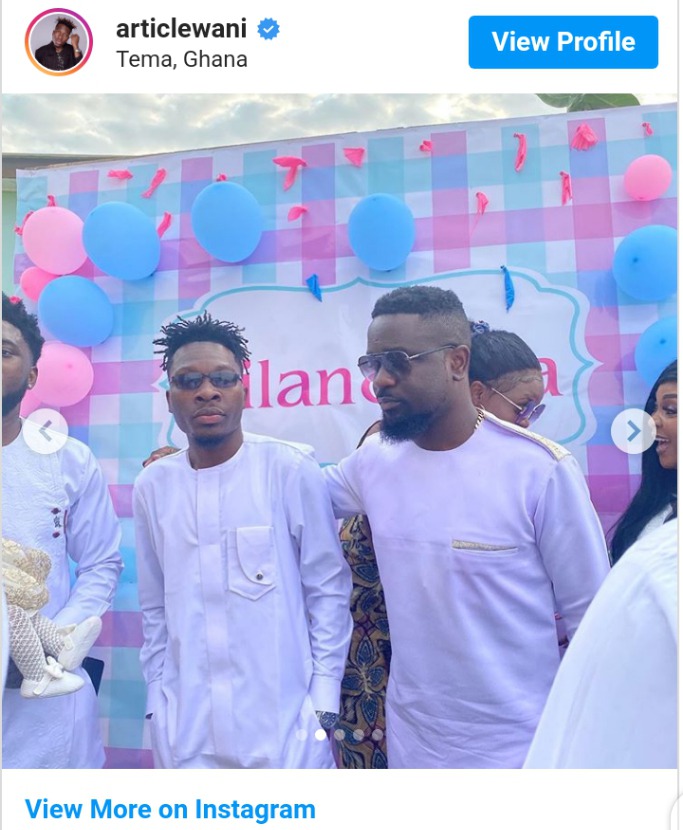 Guessing from the Photos, the official dressing code was white, as all the stars were captured adorned in such. The event's ending, saw the joyous new father Donzy, posing with his twin daughter in the company of some of the program's attendees. 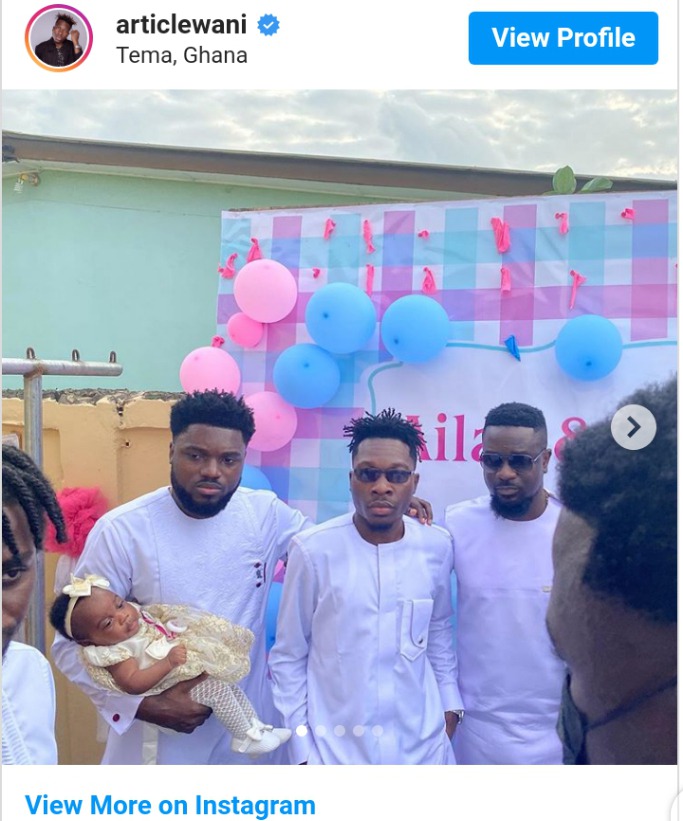 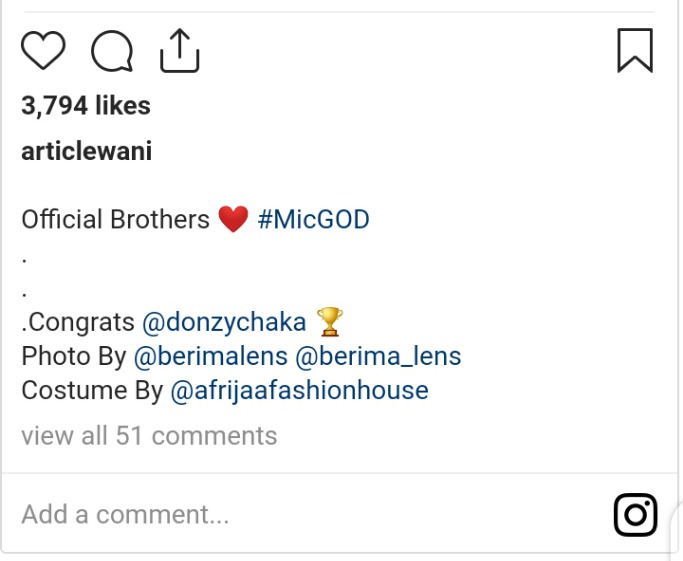 Content created and supplied by: Dan-Vee (via Opera News )