By Richie-Rich (self media writer) | 4 months ago

The disastrous passing of Chadwick Boseman in 2020 crushed Hollywood, particularly breaking the hearts of individuals who had fallen head over heels for the entertainer after his game-changing job as T'Challa in the Marvel Cinematic Universe. Luckily, devotees of Boseman will have one more opportunity to see the late star become the overwhelming focus inside the rambling superhuman world — only not in the manner we anticipated. 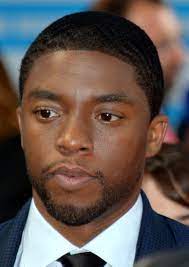 The MCU has delivered the main full glance at What If...?, the following Disney+ unique series scheduled for discharge after the Loki finale. What If...? inclines toward the now-affirmed idea of the multiverse, investigating a large group of various real factors storylines that may be conceivable inside a steadily growing universe. That implies that numerous adored MCU characters, over a significant time span, will make a return for the vivified series, yet they will not show up as we recall them. What might have occurred if Tony Stark (voiced by Robert Downey Jr.) had never become Iron Man, or on the other hand if Steve Rogers (Chris Evans) had never taken the Super Soldier serum to become Captain America?

What If…? Additionally presents turned destiny for Boseman's T'Challa, thudding him into an alternate course of events in which he isn't bound to become King of Wakanda; all things being equal, the one who-might be-best becomes Star Lord, supplanting Chris Pratt's Peter Quill as the space ravager who will be the future head of the Guardians of the Galaxy. 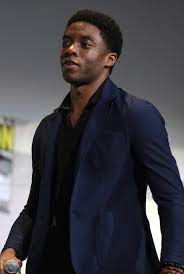 The idea of the new Disney+ series is interesting all alone, yet it will probably likewise draw critical streaming numbers since it is Boseman's true blind call as the personality of T'Challa. He kicked the bucket on August 28, 2020 following a private four-year fight with colon disease right when the MCU had started fostering the development to Black Panther. Boseman's passing confounded designs for what may be the hero establishment's most expected spin-off, bringing up issues about whether the account of Wakanda could in any case be told without its lord. In any case, the studio is pushing ahead with plans to proceed with the creation; practically the entirety of the past cast is supposed to be getting back to project, and essayist/chief Ryan Coogler has allegedly re-composed the Black Panther: Wakanda Forever script multiple times to ensure that it regarded Boseman's inheritance and the excellence of Wakanda. 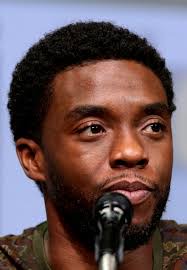 What If...? is being publicized as an epic, activity pressed, reality bowing superhuman occasion, yet it will likewise be a significant commemoration for fans actually missing Boseman's essence in the MCU. Nobody at any point truly kicks the bucket in the multiverse — they simply take on an alternate structure — and the late saint is no special case.

Content created and supplied by: Richie-Rich (via Opera News )