By UrbanNewsGh (self media writer) | 1 year ago 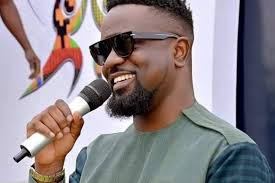 An international music academy, The Academy Music Business, which is responsible for a lot of artiste training in music, talent management and music business, has said that Sarkodie, the Ghanaian rapper and BET nominee deserves a Grammy award.

The world renowned academy which is noted for artiste development, audio engineering and music business made this known on their twitter account recently when talking about the African who deserves a Grammy award.

This tweet immediately caught traction because of the following the Academy has on Twitter, which is over 1 Million follower of people from all nations. Immediately, the tweet got a lot of likes, retweets and comments. 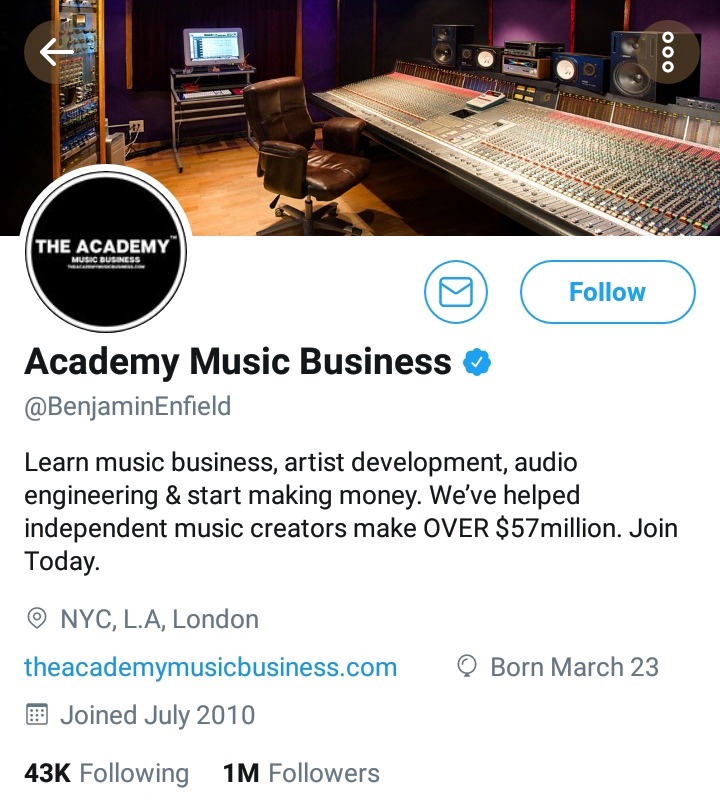 The comments, of course, were varied as people had their opinions about which African deserved a Grammy. But the credibility of the account could not be challenged because it was a verified populated twitter account.

Some of the comments held the view that Nigerians are the Africans who deserve a grammy with names like Davido, Wizkid, Tiwa Savage and Yemi Alade coming up.

Others too did not understand why Sarkodie was mentions rather. These were people who are obviously not fans of Sarkodie. Some even went to the extent of insulting the academy without verifying the authenticity of the account. They were bitter because Sarkodie's name was recognised by the academy. 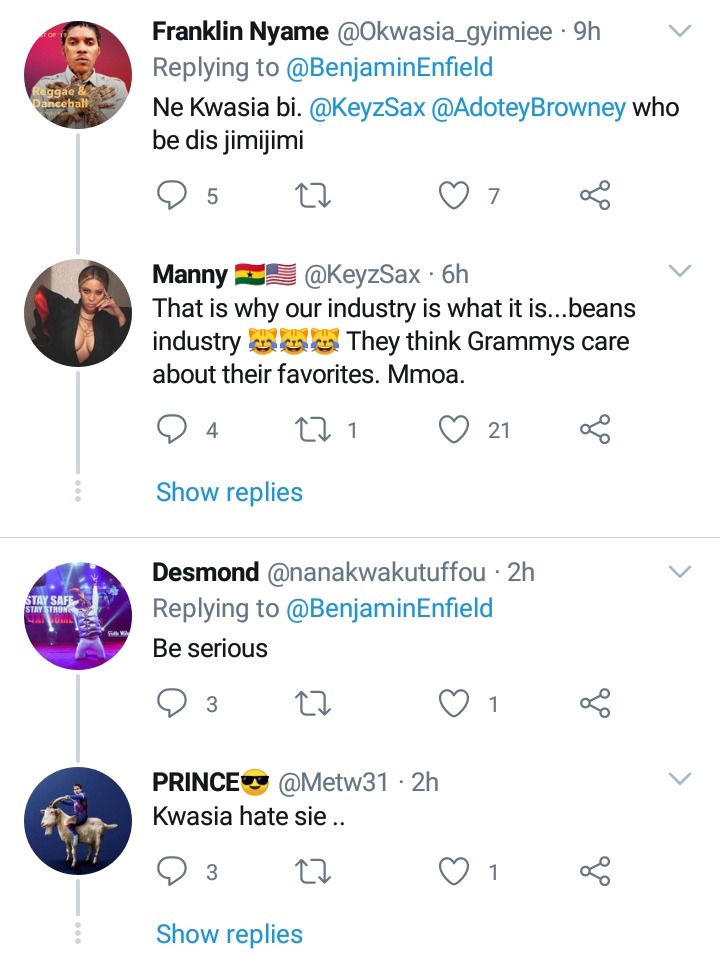 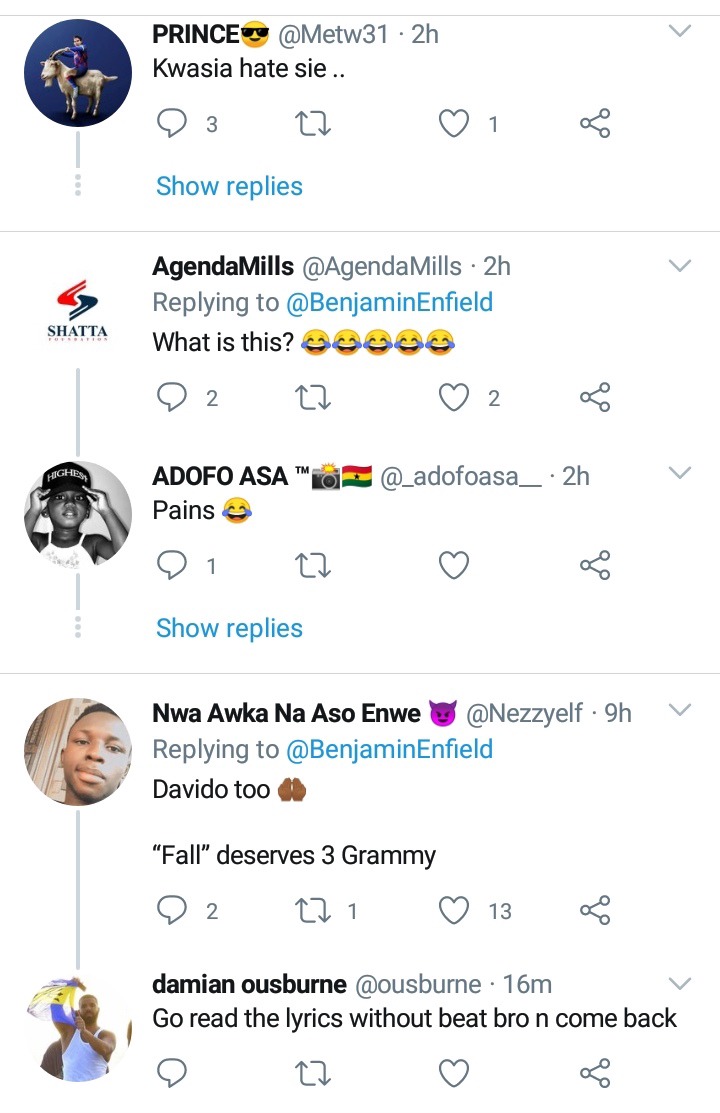 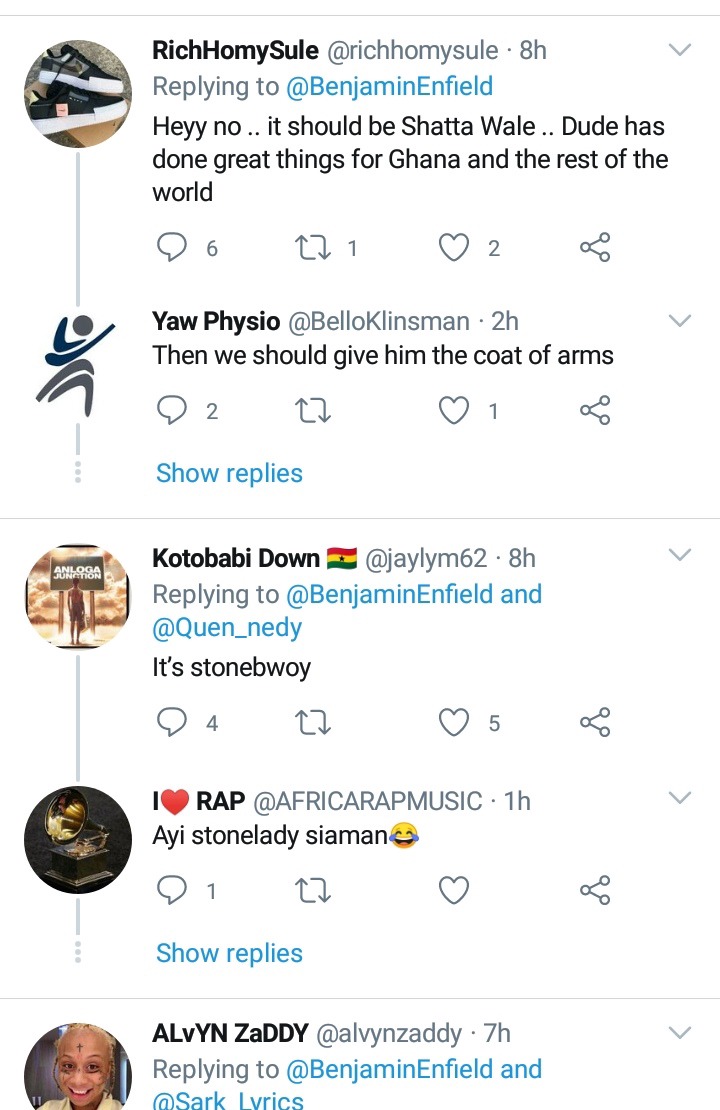 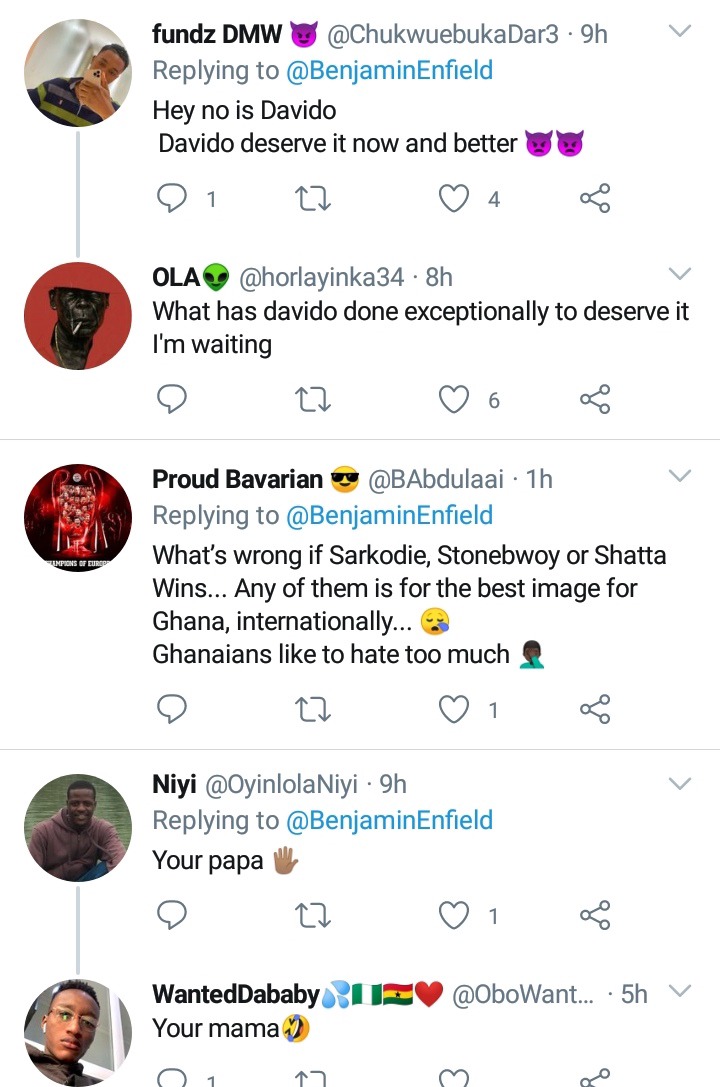 Anyway this goes to tell the attitude of Ghanaians, like it is said, "A prophet is never recognised in his own home." and Sarkodie's exploit is not being recognised by most Ghanaians.

But a cue can be taken from Akrobeto. Even though he is not seen as a mainstream comedian in Ghana, his work is currently all over the world and his is now a sensation in Europe and other parts of the world. So even though Sarkodie is not liked by some Ghanaians, he exploits are being noticed by the outside world. And in this case, an International Music Academy thinks that he deserves a Grammy.

Thanks for reading. Kindly follow us for more news.

Content created and supplied by: UrbanNewsGh (via Opera News )