By Qwadwo (self media writer) | 1 year ago Evangelist Diana Asamoah is a multiple award-winning Gospel singer, songwriter, philanthropist, producer, radio presenter, and an Evangelist as her name says it all. She is undoubtedly one of the best gospel artists to emerge out of Africa in recent years.

Diana Asamoah began her musical career in the mid 90’s, when she met Rev. Simmon Yaw Boamah in Kumasi. They came out with her first album “Wo na Mani Agyina wo”.That was when she started emerging from the crowd. She joined the Frimprince Music Productions from then. Evangelist Diana Asamoah has so far, released a lot of albums including,Mabo wo Din, a song dedicated to Mr John Agyekum Kufour(President of Ghana,2002), Pentecost Gya, which topped the Music Charts for months, Gospel Old Tunes 2, Madanse Die, Pentecost Soree Nwom and Tetelesta which is leading music charts in Ghana now.

She organized the first Africa worship concert in Italy. In 2008, she received numerous honors and accolades for her contribution to the gospel community. She won awards in both Italy and Belgium for being the (Best Gospel artist in Ghana 2006 and 2008). She was the first artist to launch her album and have High Commissioners and parliamentarians grace the occasion. She is also noted for a yearly concert she hosts each year dubbed “Abba Father” which features top gospel acts. 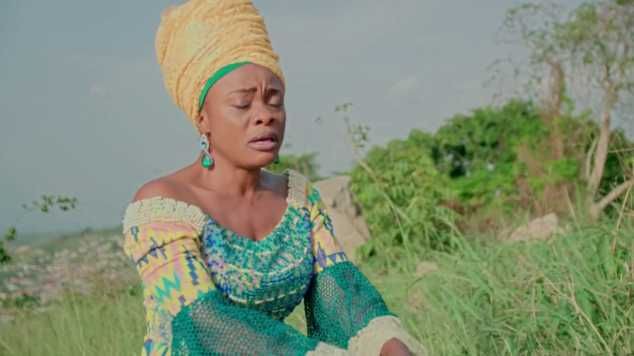 The concert has been staged successfully in 2017, 2018, 2019 and hopefully 2020.The show has seen the likes of Ceccy Twum, Rev Obaapa Christy, Ohemaa Mercy, Yaw Sarpong, Winneba Youth Choir, Evangelist I.K Anning and a host upcoming acts. It is a yearly programme which is hosted at the Accra International Conference Center (AICC). 2019's edition saw a mammoth crowd of gospel lovers patronizing it.The concert also has a Kumasi version.

When it comes to evangelism,she was the first gospel artist to start her own morning devotion on radio (from Hello FM, Angel FM and now Rainbow FM). She also organizes her own Prayer Conferences where Christians gather to pray. For Evangelist Diana Asamoah, it is an honor and privilege to stand and lead God’s children in prayer. She has performed in a number of countries including Italy, Belgium, France, United Kingdom, Spain, Germany, Austria, Holland, USA and Canada. So far she is best leading female gospel musician who is holding and lifting the gospel music industry in high esteem by releasing albums everyday and then. People also ask whether she is still single. Evangelist Diana Asamoah is single and still not married.

Content created and supplied by: Qwadwo (via Opera News )