A 21 years old lady by the name of Hannah Bayiri has poured acid on another lady, Rashida Ibrahim in Chinga in the Upper East Region. The reason why she did that was that her former boyfriend had left her for Rashida. Rashida narrated that she was in town to buy a few items when Hannah met her and started insulting her. She accused her of bleaching her skin to become fair in order to take her boyfriend from her. 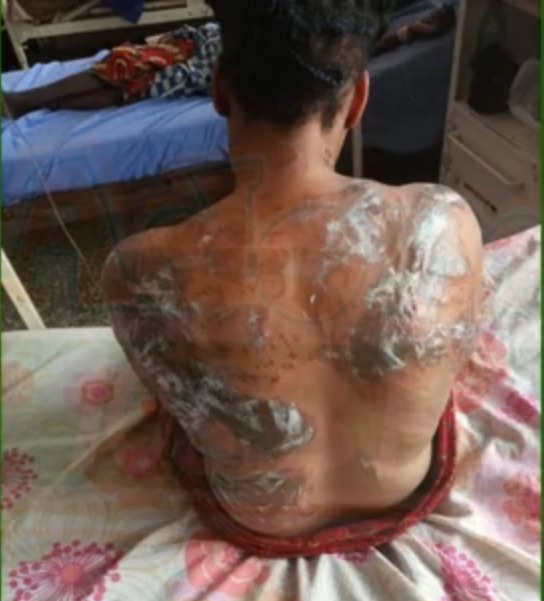 Rashida said she decided not to mind her and board her motorcycle home. The moment she climbed the motorcycle, Hannah poured the acid on her back. The acid was in a hand sanitiser bottle so she did not suspect anything bad. As she poured it on her back, she began experiencing burning sensations at her back. She said at the moment someone shouted that it was acid.

As Hannah was pouring the acid on her, she was threatening that she would deal with and make her life miserable. Out of distress, she poured water on herself and was rushed to the Borla Government Hospital. Hannah has been arrested by the police and is currently in Police custody awaiting trial. However, when she was questioned, she said that it was her ex-boyfriend who gave him the acid to pour on Rashida, his current boyfriend.

She revealed that she was the one who actually left the boy after she realized that guy was involving himself in certain activities she did not like. He also confirmed that to be true but said that he did not give the acid to Hannah and does not even remember the last time he met her. The guy mentioned that they have been separated a long and has not been in contact with her since he does not stay in the town anymore.