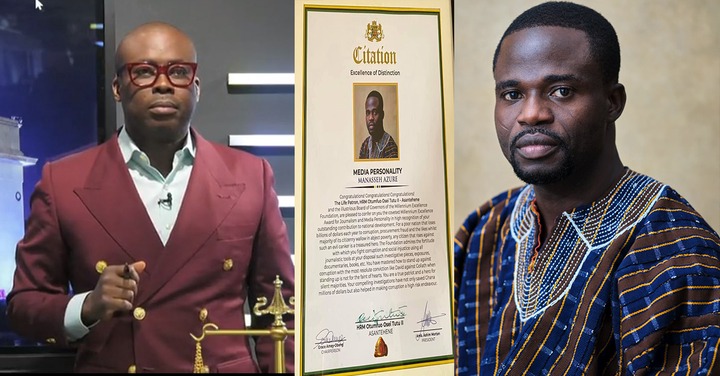 Some Ghanaians are trying to revive the seeming fight between investigative journalist, Manasseh Azure Awuni and the host of Good Evening Ghana on Metro Television Paul Adom Otchere. The two have not been seeing eyeballs with each other. The genesis of the actual problem existing between the two is currently unknown but many believe it may have come about as a result of the journalism job.

Paul Adom Otchere has on several occasions attack Manasseh Azure on his program and called him names. The recent was the death of Macho Kaaka where Manasseh Azure Awuni attributed it to his involvement in the fix the country movement. Paul Adom Otchere descended on Manasseh and indicated that he is twisting the entire journalism ethics. He chastised Manasseh for not being a good journalist and only put everything on social media as an ordinary person.

The latest development is that Manasseh has received an award from the overlord of the Ashanti Kingdom, Otumfour Osei Tutu II through his Millennium Excellence Foundation. Otumfour described Manasseh as a hero who has been at the forefront of fighting corruption and injustice in society.

But soon after the award was posted on the Facebook wall of Manasseh, some Ghanaians began advising him on what next he can do with the award. According to them, Manasseh should walk straight to the premises of Metro Television and present the Award to Paul Adom Otchere. 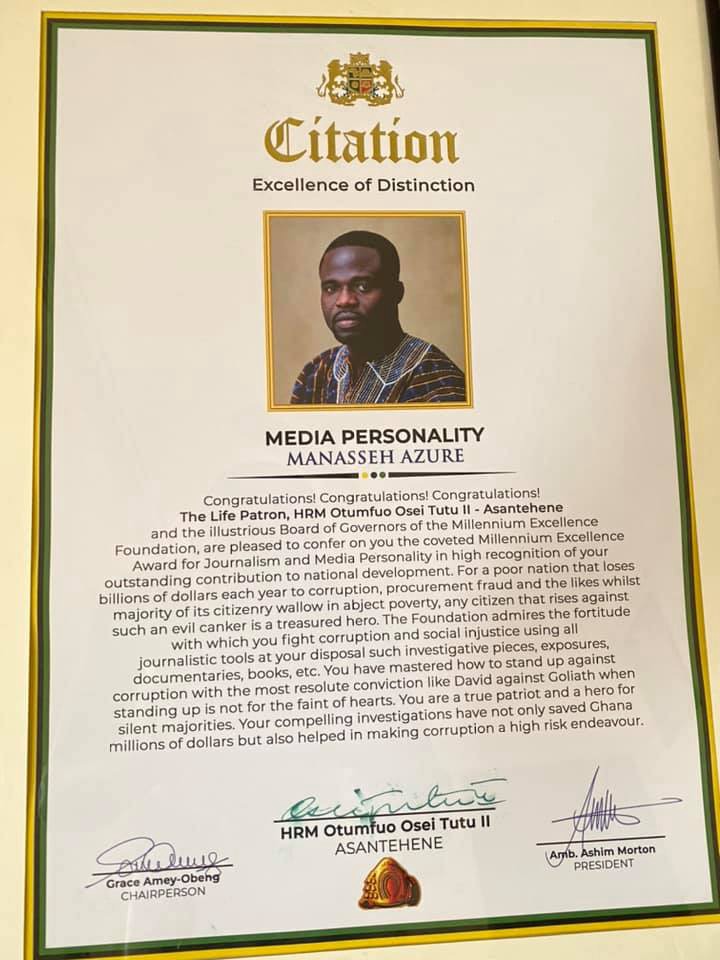 It is interesting how a cross-section of his followers are fascinated by the award being presented to Paul Adom Otchere but they believe that the controversial Metro Television presenter must see the award and know that Manasseh Azure Awuni is a true journalist who has been recognized by Otumfour Osei Tutu II. Interestingly, Paul Adom Otchere was not rewarded. We can only wait for Manasseh to accept the challenge or not.