By AramKay (self media writer) | 11 months ago

I believe most of us have heard about the popular Ghanaian comedian named Teacher Kwadwo.

He became a public personality after he started releasing funny clips which featured numerous Ghanaian celebrities.

After being blessed with fame and massive audience, he has been given the chance to feature as an entertainment presenter on United television. 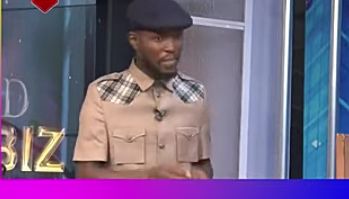 In a recent show co-hosted by Teacher Kwadwo, he tried to shift the attention of viewers to the kind of shoe Arnold Baidoo was wearing during a television interview.

As a highly recognized comic actor, he tried to examine Arnold's shoe funnily.

To start with, he used placed a stethoscope on his shoe. While he used doing this, both viewers and the people present at the television program wondered what he was doing at that particular period.

Kwadwo moved back to his usual position and provided a funny explanation of what transpired.

He said as 'teacher' he can easily assess the quality of a shoe by simply checking the 'heartbeat' of the shoe. 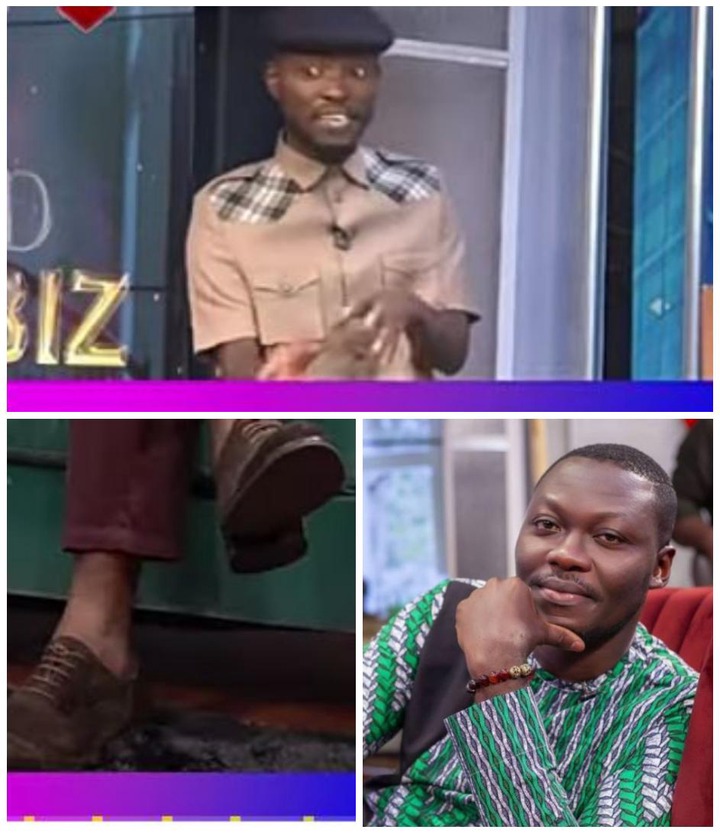 Afterwards, he said from the evaluation made, he can confidently say Arnold's footwear is approximately two cedis fifty pesewas.

His comments got everyone bursting into laughter. Looking at the high sense of humor he is recognized for, do you think he nailed it with the comic story he created out of the journalist's shoe?