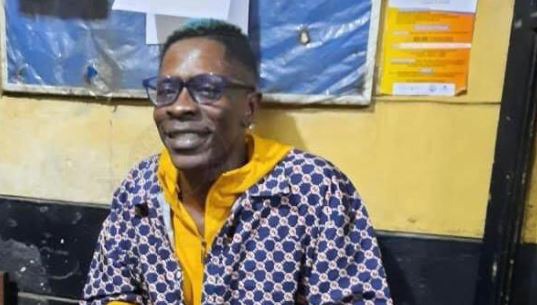 Shatta Wale is currently being ridiculed by persons who heard this story about his arrest this evening. From witnesses and reports from the police station, he attempted to escape.

One thing that people think Shatta Wale has not taken into consideration is the fact that he will not be spared any longer looking at how he does his things on the internet.

Whenever he, Shatta Wale misbehaved, he would come and apologize and will be forgiven and made to walk free. 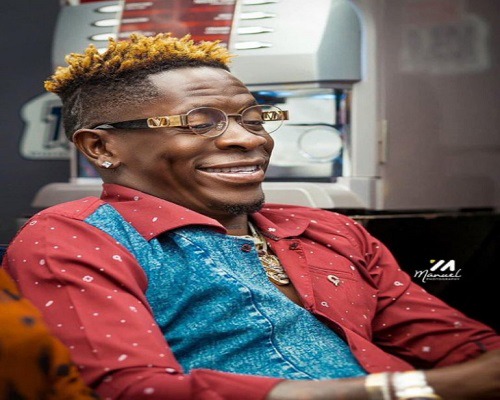 A discussion on the United television today suggested that the dancehall artiste is in a position where he thinks he can do anything and be free.

During his arrest, reports indicate that he wanted to escape from police grip. That is because he thought he was coming to write his statement and be allowed to walk.

But when he came and later realized that the police meant business and were ready to take him on for the misconduct and abuse he has shown on the internet, he planned to escape.

From reports, the dancehall artiste asked his driver to speed off but the police seized him instantly. After he realized he was in danger for the acts he portrayed on social media, he realized he could be locked up.

The police stopped him and prevented him from escaping. His boys were ready to speed off with him but the competence of the police force spoke for itself once again. 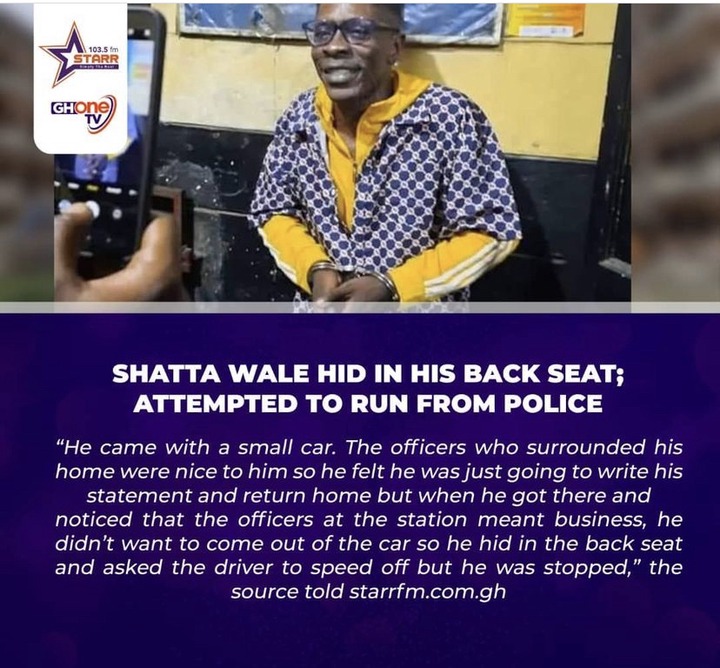 Shatta Wale was trying his best to escape the possible dangers that he would face but it seems the Ghana police are giving no chances to these forms of act anymore.

The driver was in fear of what he should do at the moment when this happened but the police successfully got hold of Shatta and will face the appropriate punishment that will be meted out to him.