My Boyfriend Is Sensible Than You - Feli Nuna Jabs A Plus 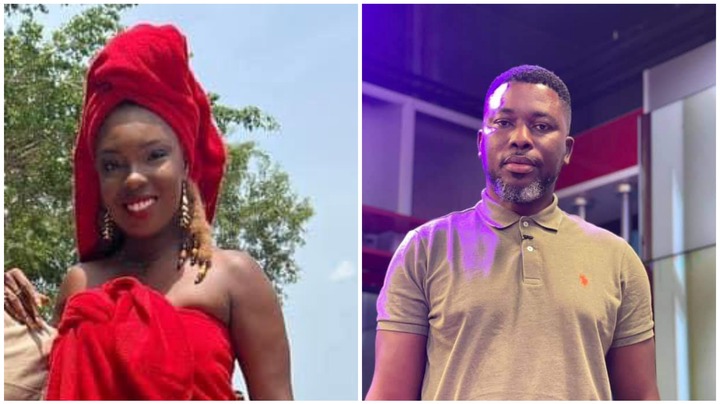 Ghanaian musician, Feli Nuna has stated that her boyfriend is sensible than A Plus.

Feli Nuna, who appeared as guest on United Showbiz to promote her latest song, "Towel" clashes with A Plus.

During the discussion, A Plus advised Feli Nuna that she shouldn't take her boyfriend to business deals.

Bullgod, formerly Bulldog interrupted and said Feli Nuna should rather take her boyfriend to such places to avoid any harassment.

"I'm a woman in my own right. I can take care of myself. Yes! so my boyfriend shouldn't follow me to business deals," Feli Nuna replied Bullgod.

Though her boyfriend has been supportive in one way or another but she disagreed with the panel members opinion on making her boyfriend invest in her music.

A Plus made reference to Keche Andrew's wife, who is investing in the husband's talent to back his statement.

"You have a boyfriend who is rich but doesn't invest in music, so you are looking for someone to invest in your music," he added.

Feli Nuna asked A Plus whether what he said makes sense.

A Plus came in again and said to Feli Nuna, "what doesn't make sense is the boy you're walking with, he's a ve fucking boy".

"He's not actually into the music business as an investor, manager or whatever. He is a proud poet and research scientist, he's sensible than you," Fela Nuna's response to A Plus.

Video in the link below;