The Only Actress Ever Wanted By Ghana Police, And The Reason Will Astound You. (Abena Achia)

By LILVITAL (self meida writer) | 1 months

Grace Okyere, who claims to be a member of Julie Ju's Samira Church in Kasoa, told Showbiz that she had gone for prayers and spiritual support from her pastor in order to fulfill a long-held desire of traveling abroad.

Abena Achia, popularly know as Juli Juu was present with the pastor at the time, offered to assist her in obtaining a visa as she was telling him about her difficulties.

Julie Juu persuaded her that she had helped many individuals travel overseas because of her links with officials at the Ghana Broadcasting Corporations.

I was persuaded and took Julie Juu, along with some church elders, to my brother's house in Labadi, where he gave her Ghc6,500.”

Grace Okyere stated Julie Juu took her to GTV a few days after the payment was made, when the two of them snapped photos and showed her several passports of other persons she was assisting with visa applications.

“It's been about a year since I paid Julie Juu the money, and she still tells me stories. She took me to see a spiritualist in Nsawam the other day, where I was given a bath since she was having trouble getting my visa, but she gave me hope that she would obtain it for me soon,” she added.Grace claims that all five phone lines she used to contact Julie Juu were disconnected.

Another victim has been identified. Alex Dyeabour, a film vendor, claimed he handed Julie Juu Gh 7,000 after being introduced by Grace Okyere, a close friend of his. Alex claims that he paid the sum of $70,00 because he trusted his friend Grace Okyere. 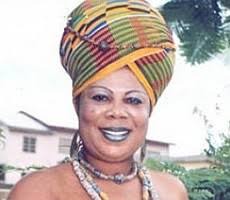 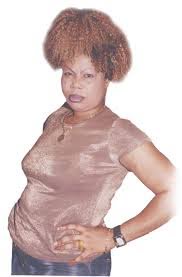 “I trusted Grace Okyere, which is why I donated such a large sum of money to her, but now that we've both been fooled by one person, we're hoping the police can assist in the arrest of Julie Ju so that our money can be refunded.

Showbiz attempted to contact or locate Julu Juu in order to hear her side of the story, but she was nowhere to be found.