By TommyO'Dell (self media writer) | 8 months ago

Dr Lawrence Tetteh is a well renowned healing evangelist and statesman in Ghana and abroad. Having grown up in Ghana and hailing from Dodowa. He was blessed to have travelled to Hungary in Europe for a degree and from there moved to UK where he has earned a Doctorate. From preaching the gospel, he has well earned himself as a respected Ghanaian Christian spiritual leader, pastor and a renowned International Evangelist and Economist.

Lawrence Nene Kofi Tetteh turns just 57years this15th May and he is the founding President of the Worldwide Miracle Outreach with its international headquarters based in London, UK. He is a teacher of the Gospel and the author of many books, including Dangers of Offence, Count your Blessings and Benefits of the Anointing. He is a tele-evangelist, a philanthropist, a public speaker and the host of Miracle Touch TV programme worldwide. 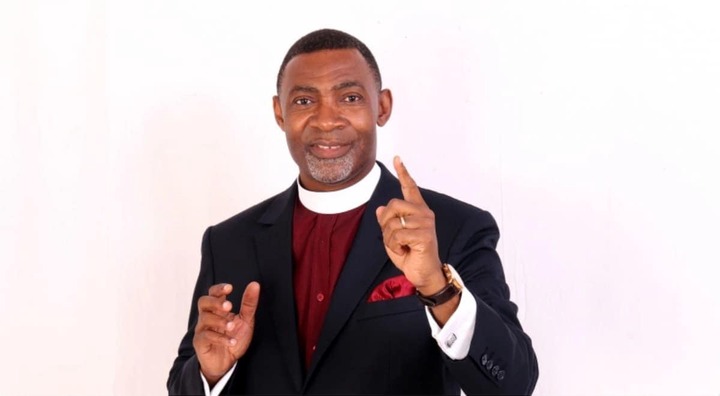 In sharing his marriage experience in a preaching found online here at https://www.youtube.com/watch?v=rKUzGsge4N4, he shares how he married the love of his life, now Mrs. Barbara Tetteh was also in the university of Leicester, whiles he was also schooling London School of Economics. And as a renowned evangelist on his campus, this had made him very popular. His wife to had stayed in London for even a longer time and hence was well known among the Ghanaian community in the UK, thereby making their wedding a big one in London. A wealthy friend of his, had offered to pay for a private jet to send them to Scotland for their honeymoon.

It was just after the wedding that, they took this trip to Scotland and met their friends in Scotland. Immediately they got there, a friend said that, there was a popular Ghanaian woman who sells a special kenkey there in Scotland. Inspired by the thought that, after so many years, they could eat a local Ghanaian delicacy, he quickly encouraged the wife they were going to eat the kenkey. 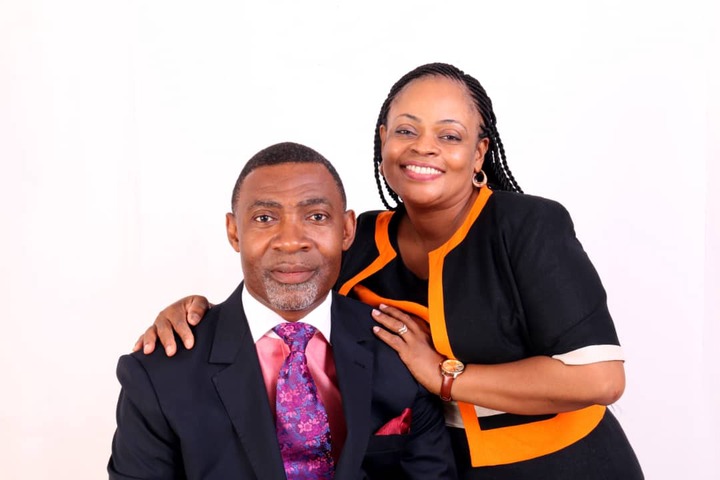 This was never part of the wife's plans and this attracted the wife's opposing this choice, as according to her, "when there are American and Chinese restaurants around, they must go and enjoy some of those foreign delicacies rather" but they disagree and that was the reason, that nearly brought a divorce. The offended wife ended up calling him a "Village King" for choosing this Ghanaian food, on their honeymoon in Scotland https://www.youtube.com/watch?v=RYBIWVyTC20.

Sharing the message on offenses, he expressed how he and the friends went to eat the kenkey but her wife rather went with her friends to a Chinese restaurant and when they returned, the wife was obviously offended and he thought that could end, but it persisted for three days and he getting upset as well, they took a plane and went back to London, not enjoying their marriage and nearly leading them to end their marriage.

Its been 31years ago and they were able to move on from those early days of offenses and currently, his wife Mrs. Barbara Tetteh is also an ordained minister, an administrator and a social scientist, who is an integral part of his worldwide ministry and their children live with them in the UK, even though he frequents his Spintex based house very often these days. 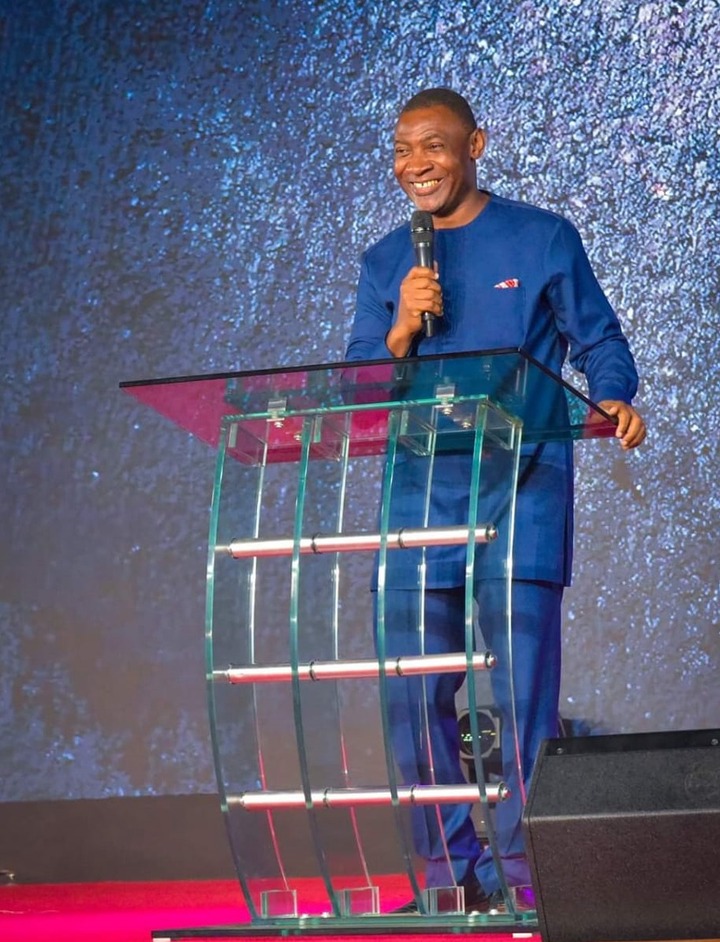 Dr. Lawrence Tetteh currently hosts a weekly Live TV program on Atinka TV, where he leads prayers for Ghana and the world, concerning Covid-19 and its complicity of challenges on people, economies and peoples businesses, together with his friends and other ministers of the gospel. He trained as an economist at the Budapest Corvinus University of Economics Sciences in Hungary and also at the London School of Economics (LSE) in the United Kingdom. Whilst he was still pursuing his PhD programme in International Relations in the University in Hungary, he responded to the call as an Evangelist and a preacher of the Gospel. He was ordained into ministry by Dr. T.L. Osborne and Archbishop Benson Idahosa in the UK

As a researcher in economics and International Relations, he had the real opportunity to work with many international organizations but the Lord had completely different plans for him. As these plans continue to unfold, the world is witnessing the emergence of Rev. Lawrence Tetteh as one of the most uncompromising, dynamic and renowned healing evangelists of our time. His unique style of preaching with singing, dancing and soul touching stories during his messages earned him a lot of admiration across many denominations. He has had the privilege to work and minister with the following renowned pillars and giants in Ministry such as Oral Roberts and Richard Roberts of the Oral Roberts University and Ministries; Dr T.L. Osborne; Kenneth Hagin; Archbishop Desmond Tutu; Dr Morris Cerullo; Archbishop Benson Idahosa, Benny Hinn, Pastor Ayo Oritsejafor, Dr Richard Shakarian.

He is one of the few Charismatic preachers who transcends the barriers of Ecumenical relations and works, collaborating in evangelism and nationwide crusades with mainstream and Pentecostal churches such as the Anglican, Methodist, Presbyterian, Catholic, Apostolic and the Assemblies of God to name but a few. Most recently, he was appointed as the Head Patron of the United Nations Youth Association-Ghana (UNYA) and just last week, they inducted new executive members to the association, with a call for truth and discipline in executing their roles. The inductees, to steer the affairs of the association for one year, were admonished among other things to help maintain the status-quo of peace and security in the nation.

The Head Patron of UNYA-Ghana, Dr. Lawrence Tetteh, charged the youth to add value to themselves to be effective and efficient in their endeavours, further admonishing the executive members to make truth and discipline their hallmark, which would make them to live an exemplary life in the society they found themselves. 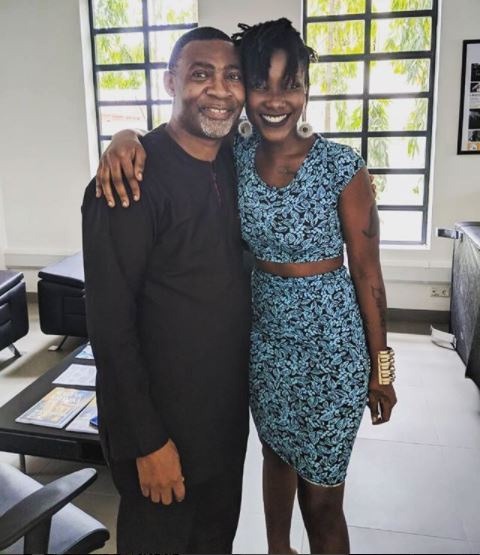 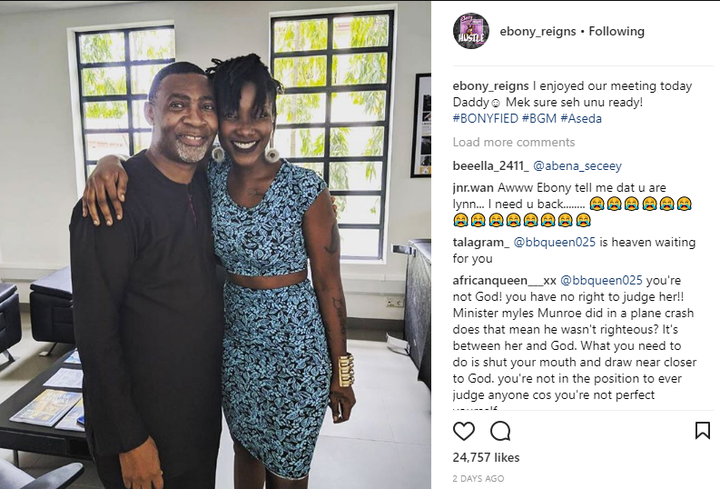 Dr. Lawrence Tetteh is an affable personality and he came to appeal to more people with his short experiences with the secular artist, the late Ebony. Economist and international evangelist, Dr Lawrence Tetteh shared how he took the opportunity to preach to sensational songstress Ebony Reigns about Jesus Christ when he met her few days to her untimely death. The dancehall artiste passed away after an accident at Mankranso in the Ahafo Ano South district of Ashanti which claimed two other lives.

According to Dr Tetteh whose picture with Ebony went viral days ago on Instagram, he also advised her to dress well on her planned travel to Hungary for an upcoming show. This show of love truly endeared him to many people who are not seen as Christian and also, most recently too, he was seen jamming to Shatta Wale's song, something that attracted some backlash from some believers who believe that, it was inappropriate but he has an interesting way of still appealing to both believers and otherwise.