Mixed reactions from Ghanaians as Famous of date rush tells how his date, Success really is

Famous Obeng also Known as Sunday is one of the people who went to date rush to search for love on the most sensational television show in Ghana, date rush. He choose Success when he came on stage.  He is a tattooist. He discloses on an interview with Zion Felix that his date success made them fake their relationship Infront of the re union camera to help protect her brand. A recap of what happened during the re union was that Famous said their relationship was doing great, Success also said she has asked him stop smoking because she didn’t want him to die at a younger age because she was too young to be a widower. 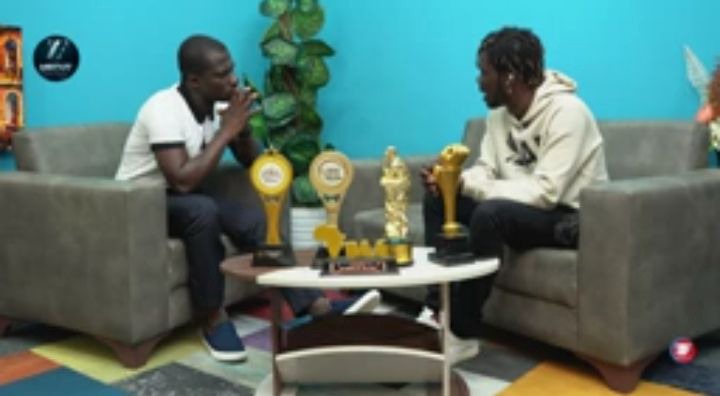 Meanwhile Famous Disclosed to Zion Felix that the new guy Success was dating, who she introduced they day they chose each other on  on stage as her ex- boyfriend and Manager , was her real boyfriend and was also smoking so he didn’t understand why Success always said he should stop something he has been addicted to for about 10 years meanwhile her boyfriend did. Famous also discloses that Success wanted him to propose to her officially, and even asked him to propose to her on stage but Famous said he wasn’t interested in a player and a Gold digger like Success anymore.

On Stage too, Famous thanked Success for the dog her mom gave him the day he visited her family but he disclosed during the interview that he paid 300 cedis for it, to Success who asked him not to tell her mom about it. He complained bitterly on Success connived with her boyfriend to take money from him on several occasions, and the only one he could swerve was when she asked him to pay 2,200 cedis for her school fees but latter paid 300 cedis instead. He said the highest money he ever gave Success was 500

Content created and supplied by: Ahbby_Girl (via Opera News )

His addition to the club will be vital for us, and make us more challenging in the various Leagues