10 Things You Didn't Know About Apocalypto 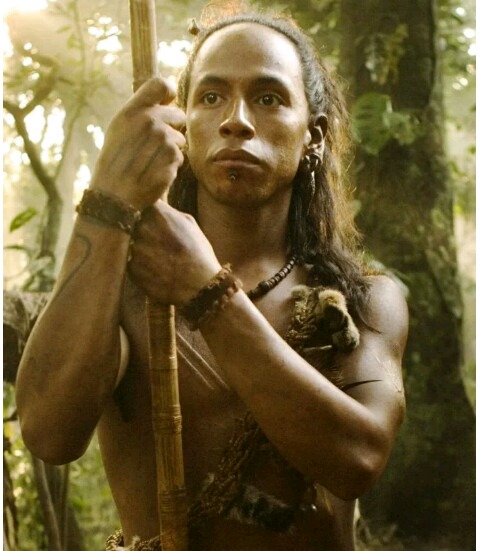 There are some things that people will never be able to agree on. Religion and all those things that have caused humanity to kill each other over for thousands of years.

But if you are a living,breathing person then it is difficult to disagree with the fact that Mel Gibson is an amazing director.

I have always loved watching Gibson on film and I might like watching him direct even more than act.

Below 10 Things You Didn’t Know About Apocalypto.

1. The animal that the men are hunting in the beginning of the movie is not a pig, but a tapir. It’s an endangered animal that originates in South and Central America. 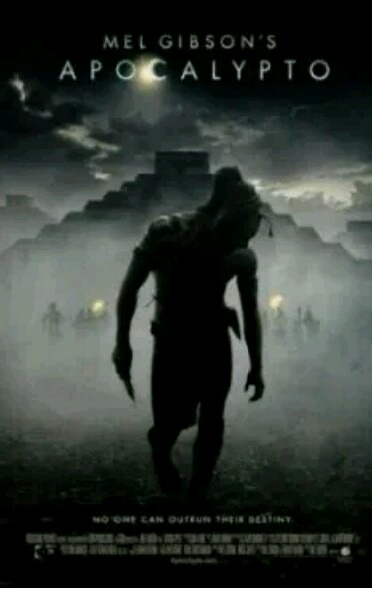 It would have been the largest game animal at that time in the region because horses had not yet been introduced by the Spanish.

The tapir is actually closer to the horse species than it is to the pig. 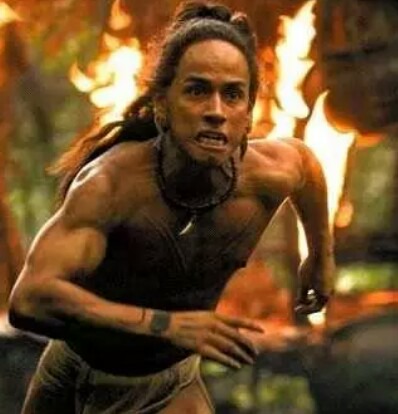 Paw, is an actor born in Texas. A few of the other main actors (Morris Birdyellowhead, Jonathan Brewer) were Native actors from Canada, while almost all of the other actors used were Native Mayans or Mexicans.

3. According to Mel Gibson, he was once called“almost” by an older bully when he was a young boy. It was meant as a big insult and Mel decided to use it in the film.

4. The blue paint that was put on the actors before they are taken up to be given as human sacrifices was chosen by Mel Gibson before filming. 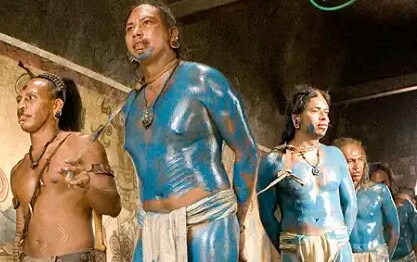 What he didn’t know at the time was that it was the exact pigment that was actually used in real life.

5. The human sacrifices are mostly accurate. They would sometimes keep the victims alive for long durations, while continuing to torture them again and again. One man was said to have been kept living for nine years. 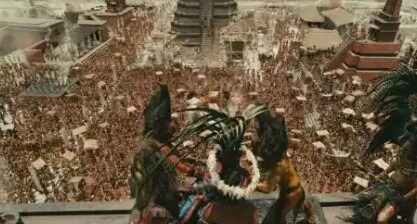 In the time he was disemboweled and had many of his limbs removed.

6. The jaguar had many different meanings. It was,of course, the namesake of the main character, but it also had much more cultural and religious significance to the Mayan people.

It was supposedly a very bad omen to kill a jaguar if not during some sort of sacrificial deal.

7. The audio commentary with Mel Gibson and co-writer Farhad Safarina shows how close the cast and crew became while filming the movie. Not only do they know the names of many of the extras but they also know real occupations of many of the men and women in the film.

8. A real cow fell over the 170 foot waterfall during filming and everyone thought for sure it would wash up dead but it crawled out of the river below andstarted eating grass like nothing had happened. 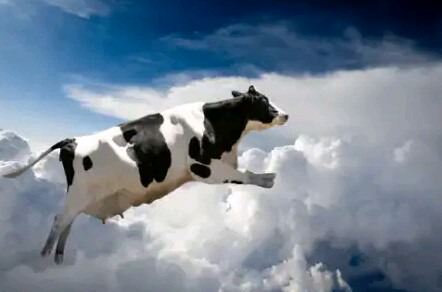 9.The makeup and prosthetics are given tons of credit by the director and writer because of all the work they did with the facial scarring, the tattoos,the ear elongations, and the body modifications that we see on screen.

What is even more impressive about the work they did is that it still looks great even in the rain, water, mud, and paint that it gets covered with during the course of the film. 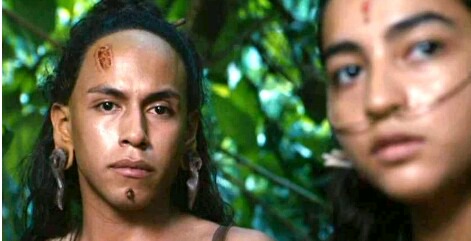 10. The whole movie was born from an idea that Mel Gibson had where a man was being chased by a bunch of bad dudes and when he finally escapes onto a beach he runs into Christopher Columbus and his crew.

The first mainland Americans to meet the Europeans was the Mayans who ran into Columbus in 1502. 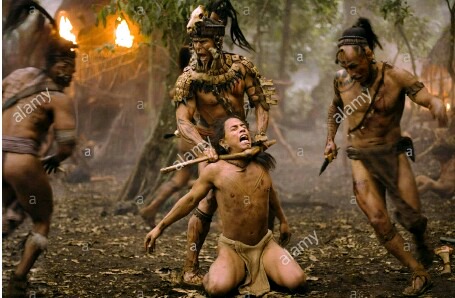 See some photos below: 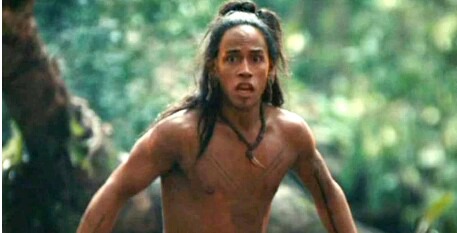 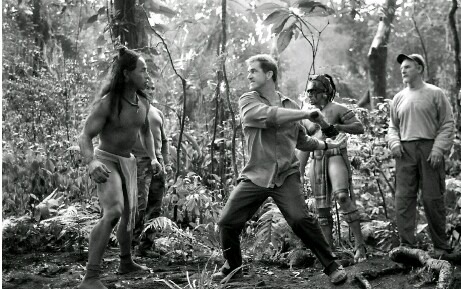 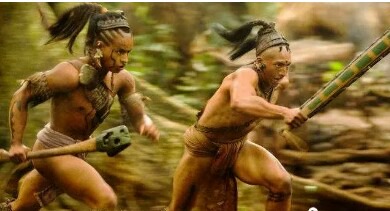 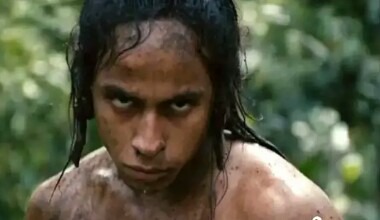 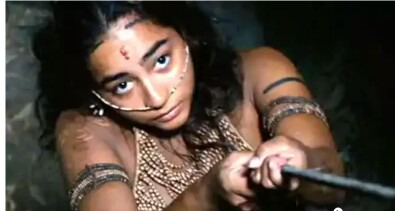 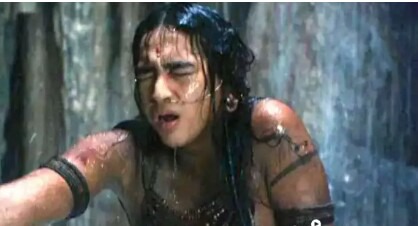 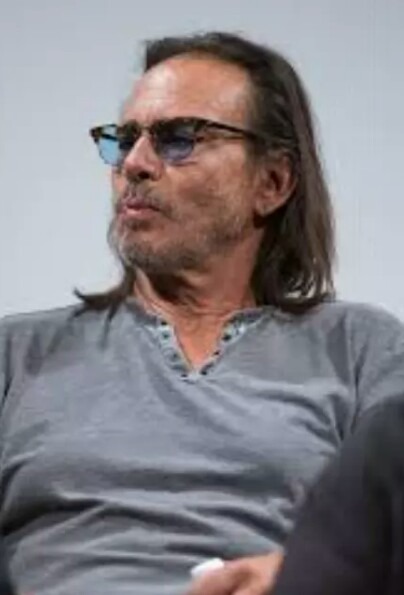 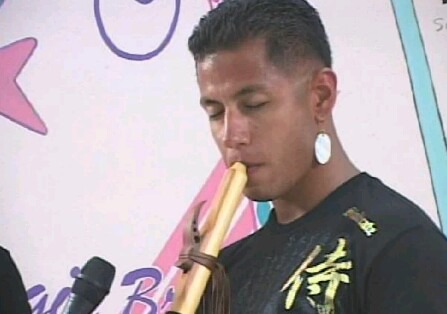 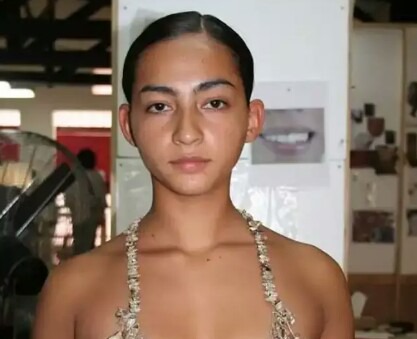 What can you say about the film?