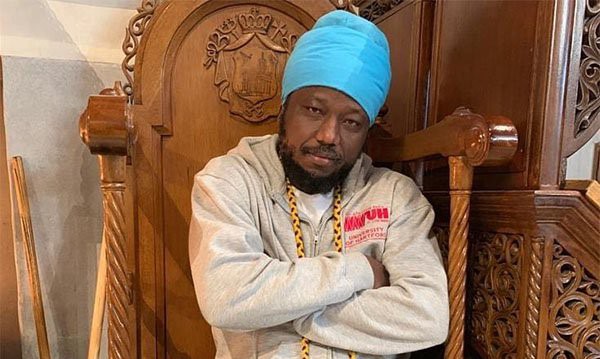 Ghanaian reggae/Kuchoko artiste and media personality, Abubakar Ahmed popularly known as Blakk Rasta has revealed that he couldn't have an erection for about a year after the death of his wife.

Blakk Rasta in an interview with GTV on Thursday, December 9, 2021 stated.

Blakk Rasta narrating the story said he met the wife who is no more part of the living at a concert he did and later both got married.

He said they came to Accra to live life. And ever since they got married during that period, the wife used to complain about her health. He said the wife was diagnosed with ulcer and was guided on the type of food the wife should eat.

According to the presenter at Zylofon FM(Blakk Rasta), he later saw that it wasn't ulcer but probably appendicitis. Blakk Rasta said the wife went to her dad for a local treatment of the condition and two days after she arrived at the father's place she died.

He stated that at that very moment he was on radio as he became shocked asking himself "how".

Revealing how the death of the wife affected him, he said he for about a year he couldn't have an erection.

He said everything was gone to the point that he asked himself if he will ever have an erection again.

Watch the video in the link below;