By Attractivemustapha (self meida writer) | 28 days 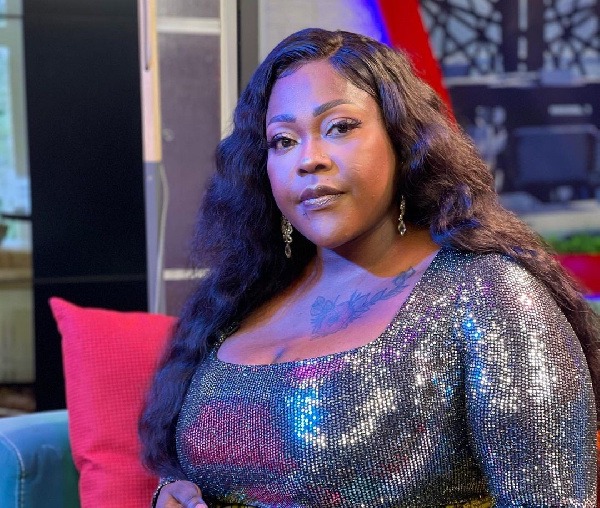 ALL is set for Monalisa Abigail Semaha or Mona Gucci, as she is known in showbiz circles, to start a new entertainment and lifestyle show on Onua TV titled Bribi Gyegye Wo today. The show which would premier at 3pm this afternoon will be the rallying point for trending topics, celebrity gossip, fashion faux pas and everything worth talking about.

Over the past couple of weeks since photos and videos emerged showing Mona Gucci signing a contract to join Media General’s Akan language television station, Onua TV, rumours of the show she would host on the station have been making the rounds.

Not long after, the station released artworks and video promos of the show to be hosted by Mona Gucci titled, Bribi Gyegye Wo and on the EID holiday on 13th May, she hosted a special Sallah Show on Onua TV that gave an indication of the kind of show viewers and the public should expect from the controversial television hostess.

“We know that our audience need to catch up on entertainment news, trending topics, celebrity gossip and all the talks that happen on social media and other places to be presented by someone who knows how to bring all that together and that is why we engaged Mona Gucci to be the host of Bribi Gyegye Wo,” said Francis Doku, General Manager of Television at Media General.

“Mona Gucci is known for her no-holds-barred and no nonsense approach to dealing with social issues and we believe and hope that she will bring that quality to the show,” he noted.

On her part, Mona Gucci said she was coming back to television with a big bang having been off for a couple of months or so. “My fans keep telling me they have missed me on TV and I keep telling them to wait for the big one on Onua TV and here we are today,” the former host of Linkup With Mona Gucci on Kantanka TV said.

She also noted that there are so many issues to discuss and the reason the station has created two slots for Bribi Gyegye Wo. “We shall come to you every Thursday at 3pm and then on Saturday at 8pm to talk about all the big trending issues, fill you up with celebrity gossip like we know how to do, hit at those who have no fashion sense and practically make you happy. You don’t want to miss all this fun presented by your own Adwoa Broni, Mona Gucci.”

“We believe that the addition of Bribi Gyegye Wo with Mona Gucci as host will drive our station further to the homes and hearts of our cherished viewers as we continue to provide them with good, exciting and wholesome television entertainment content throughout the day,” said Bismark Nana Apienti, Head of Station Onua FM and Onua TV.

Bribi Gyegye Wo will air every Thursday at 3pm and on Saturdays at 8pm on Onua TV with live broadcast on Onua TV’s Facebook page and on other digital platforms.

Content created and supplied by: Attractivemustapha (via Opera News )