Drama in The Big Brother Naija House As Praise Gets Evicted

By DebbieMark (self meida writer) | 8 months 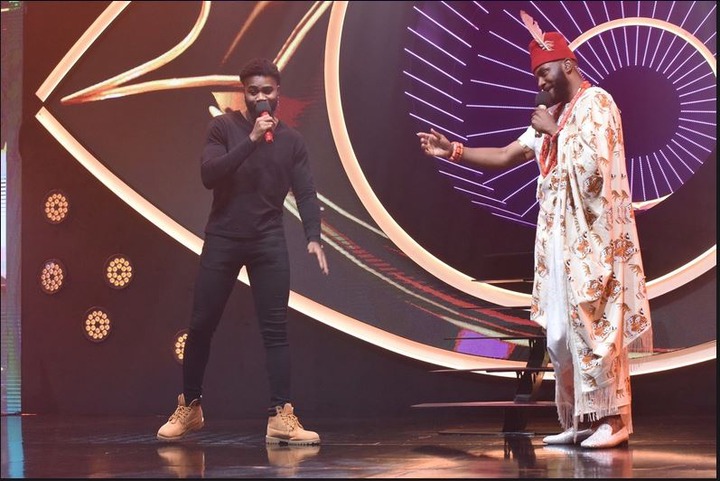 There was a lot of uneasiness during the live eviction show on the 23rd of August, 2020. The housemates, fans, and public wondering who'll be next to leave the house. The host of BBN, Ebuka, however, didn't waste time to stir the pot as he brought to light some of the things the housemates spoke about behind the back of others. Some of the housemates denied certain remarks, whilst others owned up to it. Let's get right into it.

So if you're a loyal fan of Big Brother Naija, and never miss the drama, you're aware that Brighto made a comment about Neo whilst he was talking to Kiddwaya. He said Neo acts so scripted and was therefore fake. During the eviction show, Ebuka asked Brighto about his comment on Neo. Surprisingly, for the fans watching he flat out denied ever saying anything like that. During a conversation with Laycon, Vee advised him to stay away from Erica. We all know that Laycon has expressed feelings for Erica but she turned him down. Ebuka, seeking to ruffle things up, asked Vee why she told Laycon to stay away from Erica. Vee didn't deny it but rather boldly owned up to it. She told Ebuka, Laycon is her friend and she was advising him, if he doesn't stay away for Erica, she can see a lot of tears ahead of him. Ebuka asked Prince about his relationship with Tolanibaj. He was hesitant to answer but eventually said he and Tolanibaj are an item. Tolanibaj also confided in her fellow housemate, she doesn't like working with Lucy. Ebuka asked her about it, she initially tried to deny it but finally fessed up saying why she made that comment, one of the reason being she doesn't like Lucy's attitude.

It's now time for the juice on the sixth housemate to leave the BBN house. This eviction shocked many fans, social media was going crazy over this one. The bottom four up for eviction were, Wathoni, Trikytee, Praise and Vee. Praise, unfortunately, bid farewell to his fellow housemates as he was evicted from the BBN house. Whilst on the stage with Ebuka, he opened up and spoke about how the 23rd of August is a sad day for him because it was his late brother's birthday. We all know when Ka3na was in the house, she and Praise had some fling going on. When Ebuka asked Praise about what was in stored for him and Ka3na outside the house he explained that she has her own relationship outside the house and he is also in a committed relationship. On his future outside the house he tells Ebuka, he intends to empower dancers by setting up a support initiative, as he is a dancer himself and very passionate about it. With Praise being the sixth housemate to leave the house, we are left with 14 housemates.

The show finally ended with Ebuka advising the housemates that it is all nice and good that some of them are forming friendships and they are becoming more trusting of one another but they should bear in mind it is a competition with N85 million cash prize, so they might want to rethink their strategy.

The atmosphere after Praise left the house was full of mixed reactions. Prince and Lucy who were close to Praise were deeply saddened by the departure of their friend. Trikytee and Wathoni laughed with relief as they jokingly teased themselves about being up for eviction almost every time. Ozo stated that it's by grace that he has remained in the house, to which the housemates unanimously agreed.

Content created and supplied by: DebbieMark (via Opera News )

Opinion : Between Benedicta Gafah, Wendy Shay And Yaa Jackson Who Is Blessed With Huge Backside.

Have You Seen Portia Boateng Recently?, You Need To See These Charming Photos (Photos)