By AlonsoNewsUpdate (self meida writer) | 25 days

He is the first artiste this feat; on Boomplay as the most streamed artiste! 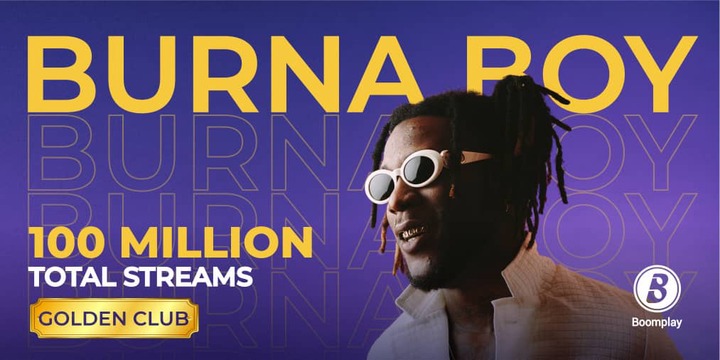 And also,the officially 100 million streams hit smashing on boomplay has made him become a Golden club artist

Burna boy released his first studio album in 2013 naming it "Leaving an Impact For Eternity" under the record label called "Aristocrat Record Lable" which was containing 20 tracks and most of the tracks became an hit songs like,Tonight,Abeg Abeg,Yawa dey,Like to Party,Run My Race.

After that,he releases his second and third album which was call "Redemption" and "Outside" in 2015 and 2018 which also got hit tracks like,Ye,Pree me,Devil in California,Sekkle Down and Heavens gate.

"African Giant Album" was also released in 2019 which got him BET Award and his first nomination in Grammy.The African Giant also holds a record of 29 million streams on Boomplay.

Content created and supplied by: AlonsoNewsUpdate (via Opera News )

These Pictures Of Bella Of Date Rush Goes Viral Online