Fast Rising Comedian O. B Amponsah Did It To Mahama, He Is Doing It To Nana Addo Now. DETAILS 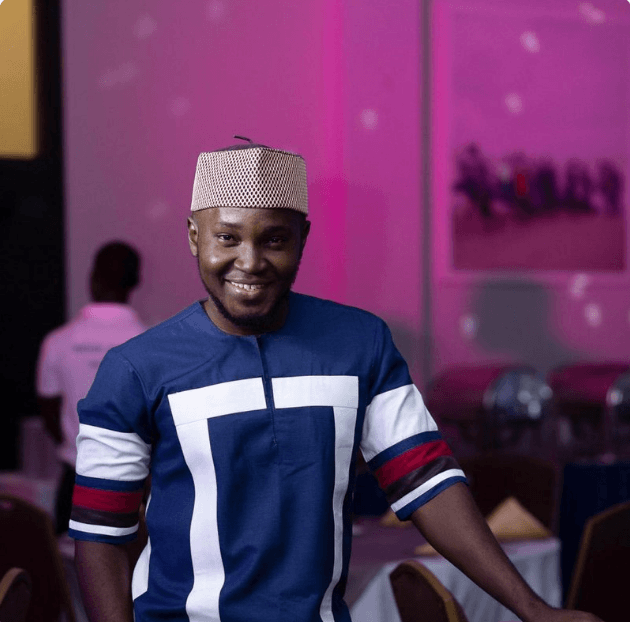 Comedy is a fast rising sector in the entertainment industry, as many young people, perfect their skill set of cracking ribs and making many, take life more lightly, as life can indeed, by one tumultuous journey, as an individual or even as a nation.

Whereas many are uneducated, Comedian OB Amponsah is a medical professional and is riding on that and his candid ability to just "flow" to become one of the fast rising comedians in this country. Currently, he hosts a TV show on GhOne TV, and his teaming masses of following, is sky rocketing.

In 2019, the comedian, thrilling the audience to some of his jokes at the ‘December 2 Remember’ event organized by Citi FM, said that ‘Mahama’ was a Hausa word, which actually means corruption. 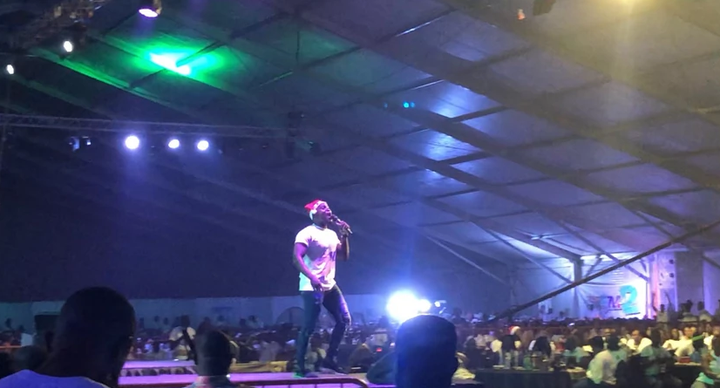 He started of his performance by citing a Bill Gates example, a man who now has the ‘bills’ (money). The optometrist then highlighted on how Steve Jobs has created jobs before asking if people knew the meaning of Mahama. “Do you know the meaning of Mahama,” OB Amponsah asked the audience.

He later answered his own question say it meant “corruption” as the crowd burst into laughter with others being indifferent. Knowing his joke could strike a few nerves, he stressed it was a joke and made another joke out of the joke. “It’s a joke, please. By now some NDC person is here saying this guy is not funny. When he came in I thought he was from his initial jokes but look at this, he’s not funny at all,” OB Amponsah said as the crowd laughed the more.

At a time, where it was getting closest to the general elections, his comments came as support for the NPP. This therefore, did not go down well with a section of the Ghanaian populace, particularly members of the National Democratic Congress. Following the backlash received for his joke, the comedian has apologized to Ghanaians and Mr Mahama. 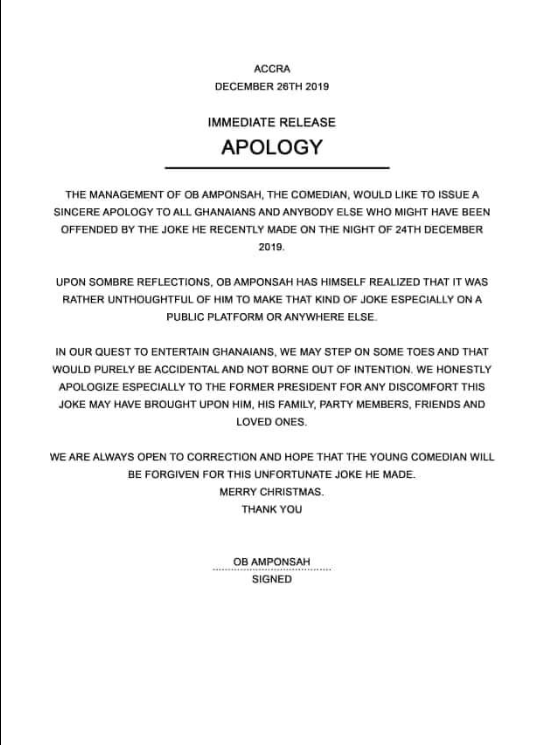 Stand-up comedian OB Amponsah had disclosed he was traumatized by the barrage of insults and criticisms heaped on him by some members of the opposition National Democratic Congress (NDC) following a joke he told about the party’s flag-bearer.

The comedian who has entertained many Ghanaians and foreigners alike with his craft recounting his ordeal had said the attacks broke him to the extent that he contemplated calling it quits.

“It was tough,” he had admitted. “There was a point I cried. The threats were crazy. I don’t know how they got my number. When they call you and they don’t get you, they text you the insults. A lot of concerns… At a point, I was scared for my [life]. But I had some NDC folks calling me that they’re trying to calm nerves. It really got to me.”

Deemed an expensive joke, a salvo of attacks hit OB Amponsah on Thursday, December 26 – few hours to his performance at the ‘Night of 1026 Laughs & Music’. There were concerns he would not be able to deliver considering how he had been verbally abused but the comedian did not disappoint as he blew the audience away with his witty jokes.

Fast forward however, Nana Addo, who may have politically benefitted from his jokes, which successfully tagged the former President as a corrupt leader, is now at the receiving end.

The Ghanaian comedian, OB Amponsah lost his cool over the killing of two protesters at Ejura in the Ashanti Region. Reacting to the sad development, OB Amponsah, who believes President Akufo-Addo has not been proactive, said he gets angry when he sees his billboards with an inscription “Remember Me”.

He added that the billboards should be removed, as OB Amponsah wrote: “Them for commot all those “Remember me” billboards from town. Anytime I see that nooor then I bore!”

In a separate post, he was shocked about why protesters would be shot under President Akufo-Addo’s regime. “For somebody whose second home was Obra spot, how do demonstrators get killed in your regime? Erh, Addo Dee. 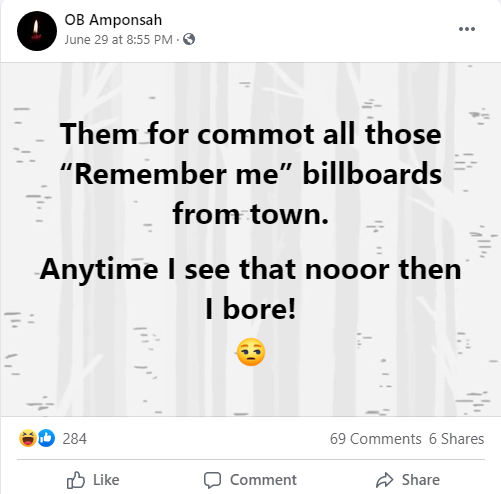 His comments, are coming on the back of several independent minded citizens, who have expressed their disappointment in the leadership of Nana Addo, who had made huge promises of transforming the country in 18months, but five years on, many believe, there is literally no show, or its very insignificant.

Papa Yaw Kelly writes "OB Amponsah take the lead bro, you guys go rant for social media saa without any action. You can do exactly what Efia Odo is doing then we go follow you, stop ranting here because no leader will come here to read your posts."

Ahnabi-yahaya Mumuni writes "Bro chilli kakra, we haven't gone anywhere oo. Just 6 months in 4 years. It will get to everybody thou. But on a serious note, any Aircraft Mechanic here.? DM me let's put one or two things together to see if we can at least cross Benin koraa"

Duchess Anastasia Nuworsu writes "You are on one of those billboards... Ibi now wey idey bore you? You chop the Champaign money finish?"

Richmond Marcuss writes "Always covid 19 and comparing things to Europe continent whiles pls there with less covid are doing business and they want us to wait for the whole word to start business b4 we do something so does it mean we can't think for ourselves."

Kwabena Antwi-Boasiakoh writes "You can choose to look elsewhere"

Dinah Appiah Ayim writes "You are not alone ooo, I hate those nonsense billboards even before elections. Remember them for what? Waste of our taxes!"

Patience Afful writes "Go and remove it errrhh. All you need is ladder"

Kingsley Addo writes "So what be your problem now bro" 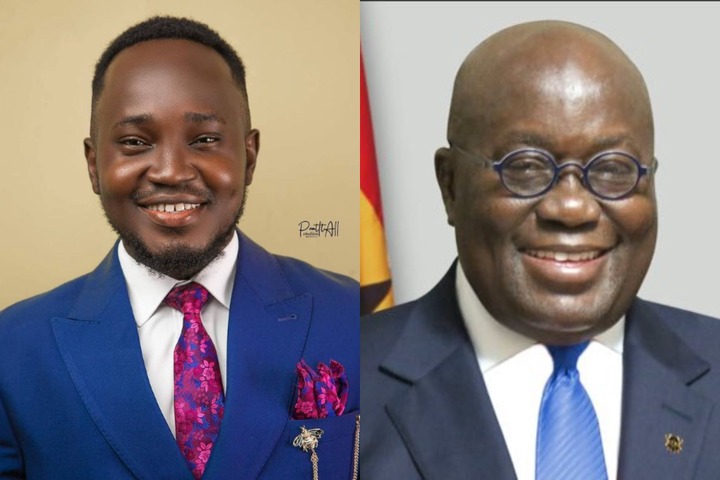