It Was Meant To Be A Photoshot, But Look At What The Monkey Ended Up Doing

They claim that wonders never cease to exist. Strange and unusual phenomena continue to appear, much to the surprise and amazement of humans. An orangutan, a type of monkey, has done something that a creature of its kind is not supposed to do to a human being. This particular act show d by this monkey should educate us more on why he may have actually done what he did.

According to science, humans are closest genetically to chimpanzees, gorillas and orangutans. They have a lot in common with humans and behave like them in a lot of ways. This is due to the fact that they have a big brain for their size, which is one of the reasons they are so intelligent. They have feelings, and, like women, they give birth to live children and continue to nurture them until they are capable of surviving on their own. They are sometimes used as research specimens due to their resemblance to human beings. They are used to conduct a series of tests on new vaccines before they are given to humans. 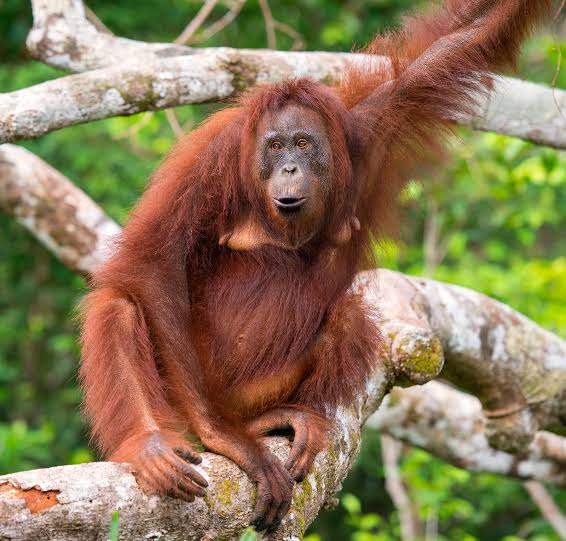 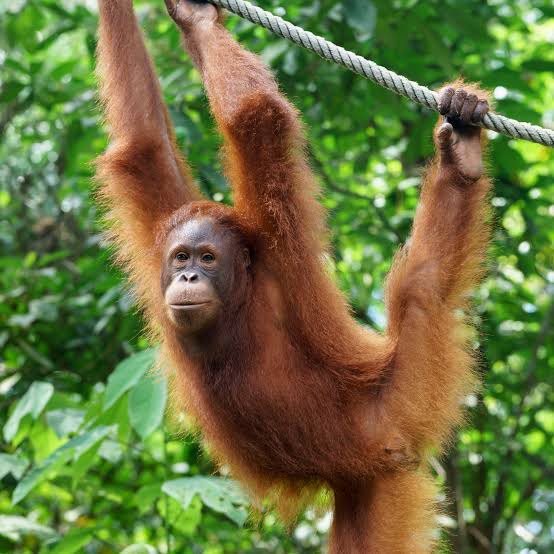 Since we now know more about the parallels between a monkey and a human being, we can better understand why the monkey in question ended up doing something else instead of the Photoshoot it was supposed to do with the white lady. A photoshoot was to be carried out between a monkey and a white woman, according to the video that was posted on Instagram. Taking pictures with a monkey isn't unusual, but what makes this one stand out is what he did instead of posing for the camera.

After his trainer demanded that the monkey pose with the white woman for the camera. It then proceeded to create its own posing models. After striking two poses, the monkey began touching the lady in an odd and queer place. It began displaying emotions on his woman that only a human being (man) is supposed to display. It not only touched her in an unwelcome manner, but it also pecked her on the cheeks and also touched her oranges.

Monkey dragging the lady's face to his mouth

What school did it go to to master all of these skills? That was the first thought that came to mind for me. I understand that this type of animal has feelings, but has it gone to that level? What was supposed to be a photo shoot turned into an opportunity for him to inappropriately touch the white lady, who, for whatever reason, didn't rebuke him. The monkey's antics made everyone actually laugh out loud.

Have you ever seen anything so odd and queer? What exactly is the location? What were your thoughts on the matter?