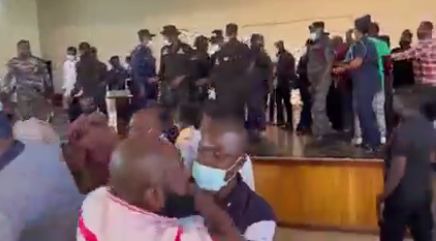 It was chaotic at the Cape Coast centre for culture on Sunday morning when the assembly members for Cape Coast met to decide on the fate of the president's nominee, Ernest Arthur as the Cape Coast Metropolitan Chief Executive for the third time.

In previous elections including the second time when the Regional minister knelt down to plead with the assembly members to confirm the nominee, Ernest Arthur failed to secure the 2/3 majority. A section of the assembly members later organised a press conference to announce their decision to return money given to them by the nominee as gift prior to the voting. 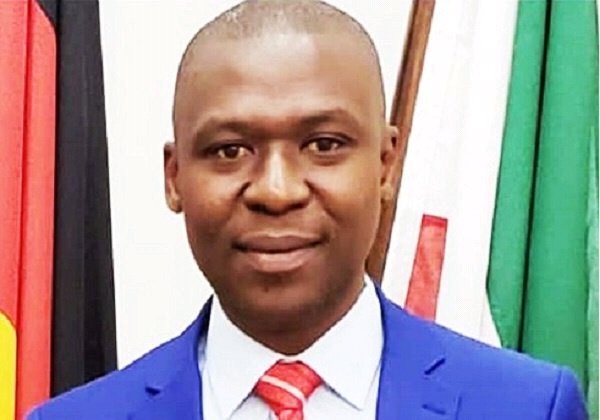 When the assembly members met on Sunday to take the final decision by way of election, the assembly members demanded for an official letter from the seat of government confirming the renomination of Ernest Arthur for the 3rd time but the presiding member refused to produce same stating that he had left the letter at home.

This resulted to misunderstanding between some of the assembly members as they thought the president might had dropped the nominee. Some of the assembly members stormed the podium to stop the ongoing elections until they see the renomination letter. According to TV3, it took security men up to 30 minutes to restore calm for the elections to continue. 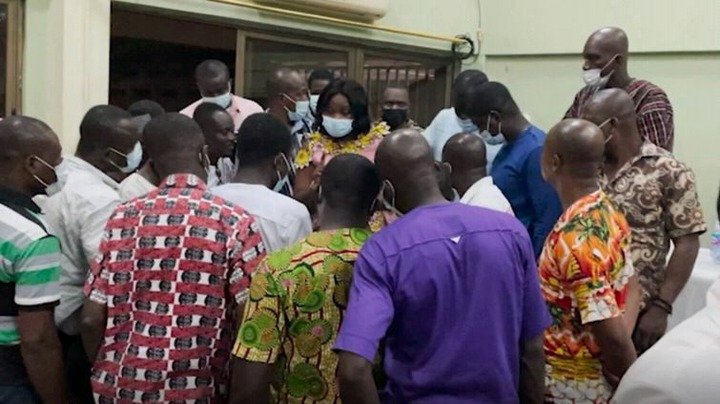 The counting and declaration saw some exchanges of blows and slaps as the electoral commission official declared Mr. Ernest Arthur confirmed. A section of rhe assembly members alleged that the presiding member counted 77 votes meanwhile 65 assembly members were in the auditorium. They alleged that the presiding member came with already thumprtinted ballots which they managed to seize 14. Yet the EC counted 45 yes votes and 18 no making a total of 77 which is not possible.

They told media men during a post election press conference that they would not recognise the MCE because the election was rigged. They also threatend to petition the court over the confirmation of Hon. Ernest Arthur as MCE for Cape Coast Metropolis. 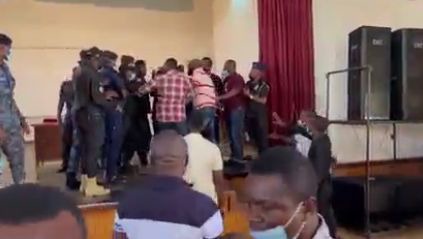 Watch the video in the video below. Don't forget to leave a comment below.