By KwesiFaithful (self meida writer) | 1 months

A no nonsense South African man reportedly demolishes house he built for his girlfriend after she ended their relationship. 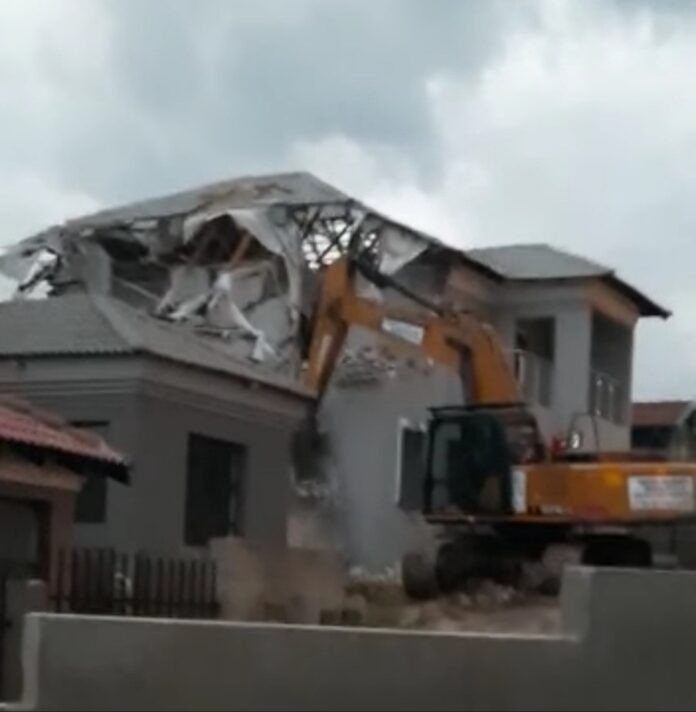 In a new viral video spotted on the Instagram page of "Brown Gh", an excavator could be seen demolition a beautiful building which according to reports, was built by a businessman to his girlfriend while they were in a relationship.

This post was shared on social media by one South African radio personality, identified as Tshidy Kekana Manganye, in a form of video footage of the ongoing demolition. According to the radio personality, the businessman decided to demolished the building after his girlfriend dumped him.

The businessman man narrating his story to the radio personality, he revealed that, after building a stand (house) in her name, furnishing the house and everything, the girl pulled out the plug, saying the relationship is over for she can't date a man like him.

Well if the relationship is over then all must be over as he pulls down the beautiful house which lots of money has been invested into. This is because there is no way he could have claimed ownership since he built the house in the lady's name, so is he couldn’t take back the house as it wasn’t built in his name, he decided to demolish it.

This incident is reported to had happened in the late hours of yesterday February 25,2021.

I give a thumb up to this businessman, I think he has done the right thing. How about you, do you think it was of him to demolish the building? 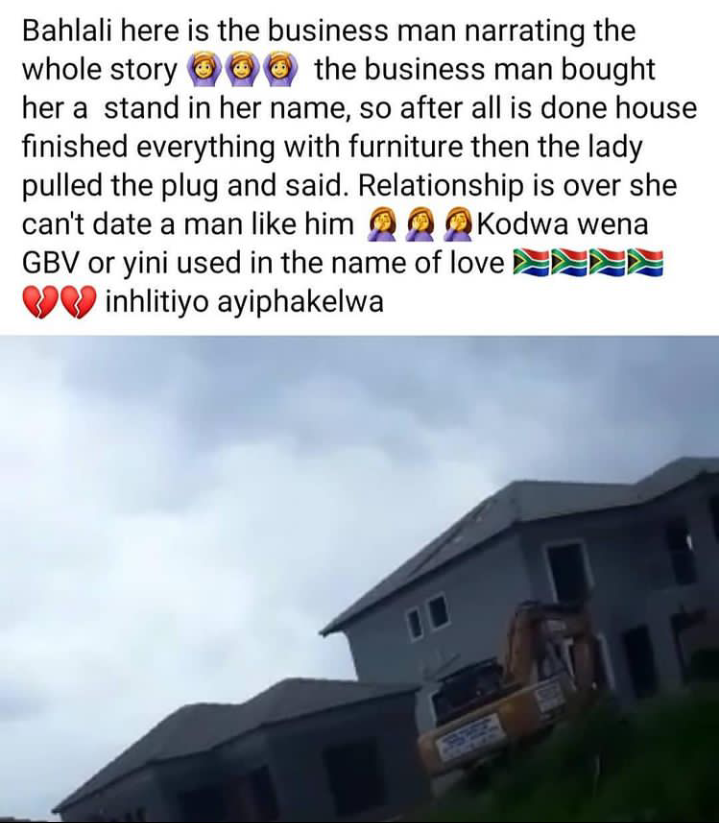 Good News To All Ghanaians As There Are Initiatives To Help You Own A House: You Need To Know