Who Sarkodie Really Is

By KnowledgeKill (self media writer) | 7 months ago

Michael Owusu Addo popularly known in the music industry as Sarkodie is a Ghanaian rapper, songwriter and entrepreneur from Tema. He was born on July 10, 1988. His contributions to the Ghanaian music industry have earned him numerous accolades, including the Vodafone Ghana Music Award for "Artiste of the Decade". He was announced the first winner of B.E.T's Best International Flow artist at the 2019 B.E.T Hip Hop Awards. He is also considered one of the major proponents of the Azonto genre and dance and one of the most successful African rappers of all time. 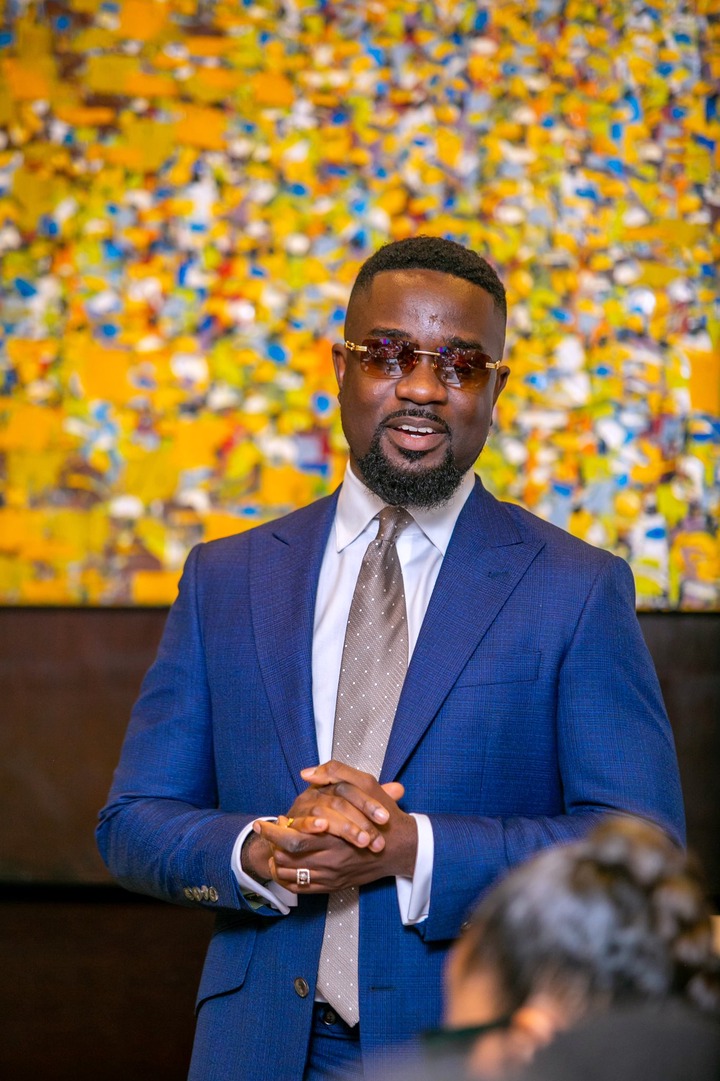 Sarkodie, the fourth of five children. He was raised in Koforidua before his parents moved to Tema where he started schooling. He attended Tema Methodist Day Senior High School and proceeded to IPMC, where he earned a degree in graphic design. Sarkodie began his music career as an underground rapper, participating in Adom FM's popular rap competition Kasahare Level. He met his former manager Duncan Williams of Duncwills Entertainment while participating in the aforementioned competition. He also met musicians Edem and Castro, who introduced him to Hammer an established record producer. Impressed by his rap flows, Hammer allowed Sarkodie to record two tracks for Edems maiden album Volta Regime. 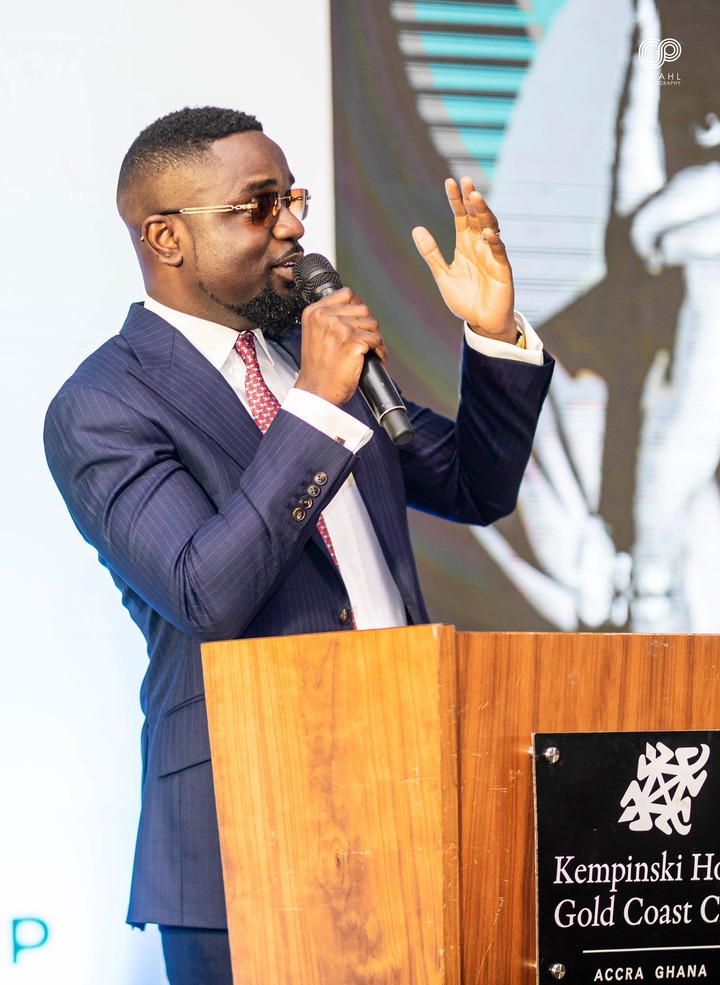 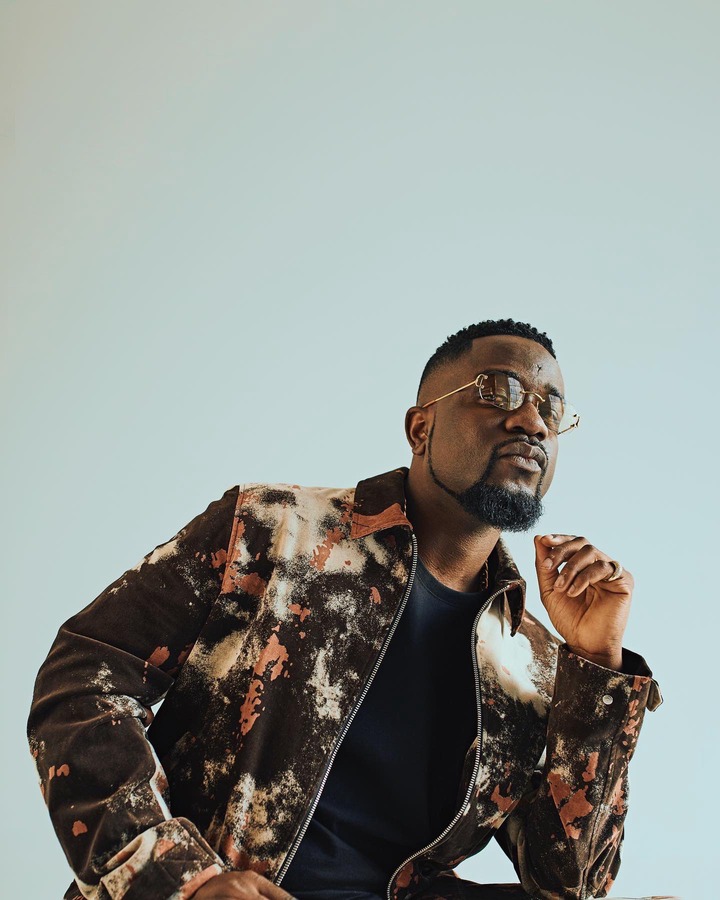 rom critics and fans. It was supported by a concert held at Holy City Gardens in Accra.On 16 September 2009, Sarkodie performed alongside Busta Rhymes at the Busta Rhymes Live in Ghana concert. In 2010, his "Push" and "Baby" songs were ranked ninth and thirteenth on Joy FM's Top 50 songs of 2009, respectively.The album's lead single "Baby" which features Mugeez of R2bees became an instant hit and gave Sarkodie exposure. 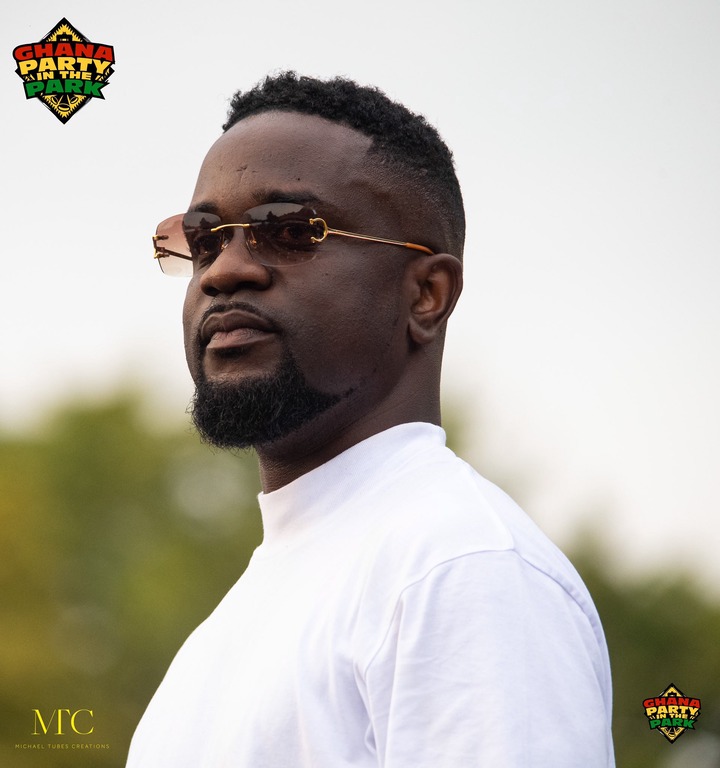 Sarkodie owns the Sark by Yas clothing line, which was launched on April 27, 2013. The clothing line has accessories for men, women and children. In 2012, he was officially unveiled as the Brand Ambassador for Samsung Electronics at the University of Ghana, Legon.

As part of the event, Samsung unveiled the Samsung Galaxy Pocket and Chief Hero Phones that had customized wallpapers of Sarkodie and his signature. Users had the opportunity to download exclusive tracks of Sarkodie. He also launched the Obidi Chief headphones and signed an endorsement deal with FanMilk Ghana in 2013.

Sarkodie is currently in partnership with Tigo Telecommunications Ghana, a brand that sponsored his 2013 Rapperholic tour. On 30 October 2019, he was appointed as an ambassador for the Year of Return campaign. The honour was conferred on him at the Creative Arts Industry Forum.

Sarkodie married Tracy in a private wedding ceremony held in Tema, Ghana on 17 July 2018. They have two children, daughter, Adalyn Owusu Addo and a son, Micheal Nana Yaw Owusu Addo Jnr. who is named after the famous rapper. Beneath the post is his achievements.

We celebrate such a great man on a day like this. 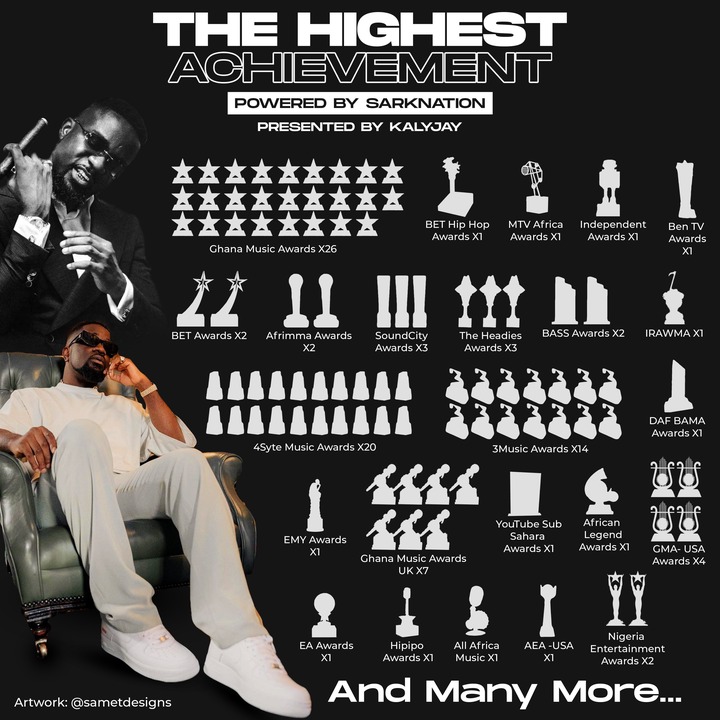 Content created and supplied by: KnowledgeKill (via Opera News )