By barbaraagyeman006 (self media writer) | 14 days ago

Lil Nas X who goes by the name Montero Hill Lamar is an American rapper and artist. He is widely known and loved by many even though he is a gay which many people detest.

Let's get started with the main reason why we came here.

Lil Nas X allegedly came under fire and others came defending him after fans saw his mother begging for money and food in Atlanta.

The rapper, who has previously admitted his mother's addiction to drugs did not appear to be assisting the woman holding a "Feed Me" sign on a street corner. 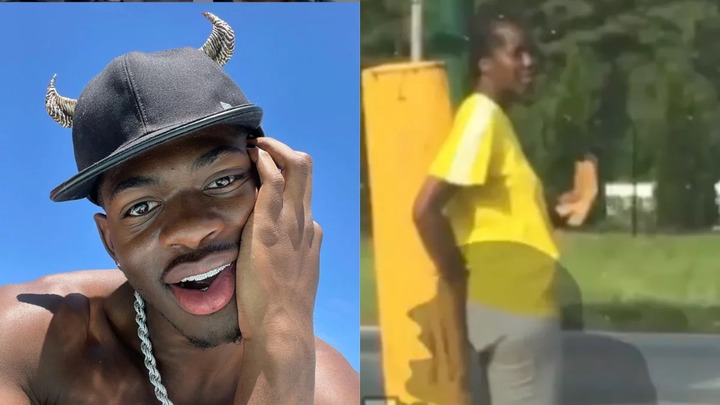 According to Ace Showbiz, a fan noticed her and recorded a video asking if she was Lil Nas' mother. The video was later shared on Instagram by The Neighborhood Talk.

The video received over 12,700 likes on The Neighborhood Talk Instagram post. While some questioned why Lil Nas X has refused to give assistance, others highlighted concerns about the complexities of addiction. 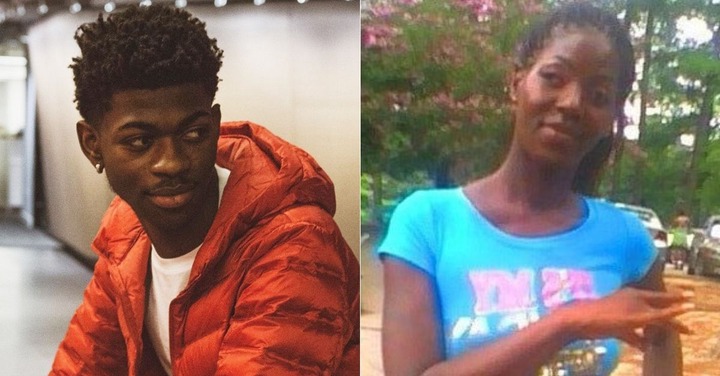 Though Lil Nas X didn't publicly responded to the video, Ace Showbiz reported that he stated that he doesn't have a close relationship with his mother.

"I never really talk about my mom,” he reportedly told Variety. “She's an addict so we don't have the closest relationship. Even trying to get her better, things didn't quite work out. But there's still love."

"Praying for some healing on both parts," the post concluded. We don't know the backstory but we're hoping they figure it out." On Tik Tok, Lil Nas talked about his upbringing and how difficult it was for him. He did pay for his mother's treatment, but it didn't work out.

What is your thoughts on this? Do you think Lil Nas X should have tried harder to bring his mom who happens to be a drug addict back home?