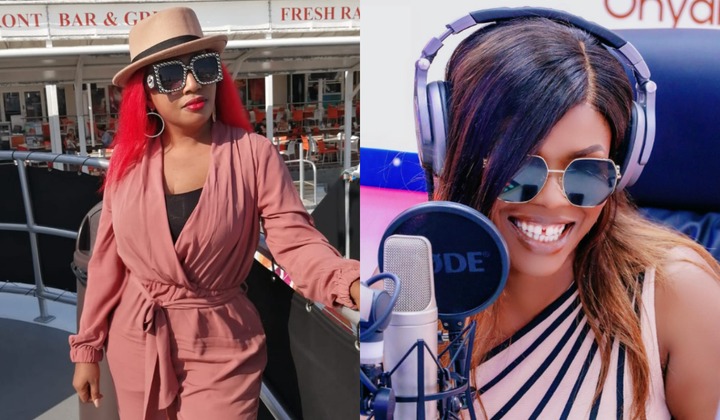 Deloris Frimpong Manso (Delay) has told Diamond Appiah that if she wants to compete or compare her life to her, she might lose her hair in the process.

She made the statement firmly hinged on a video of Jackie Appiah's mansion which has invariably been used by netizens to measure the success of other celebs.

Days ago a video of A-list actress Jackie Appiah's magnificent house was filmed by her colleague from Nigeria Luchy Donalds after she paid her a visit in Accra.

The video quickly dominated social media discourse and became the focal point in reexamining the lifestyle of other celebs who claimed they are rich.

Given the foregoing, some trolls have descended on other mainstream celebs for not being at the level of Jackie yet have been marauding within the realm of the big boys and girls' space.

Diamond Appiah who has been beefing Delay for a very long time, asked her to post a video of her mansion if she's equally a big girl like Jackie.

Hours later, Delay has clapped back sensationally saying she has been a big girl all this while but does not show it.

The media personality and businesswoman said she has been juggling five different jobs which have accrued the needed revenue for her.

Delay said she's on radio, and TV, has a food company, owns an advertising company plus she is an event organiser too.

She said she started working professionally at the age of 17 years which is evidently clear that she's amassed enough wealth.

Interestingly she concluded by saying life is not a competition and she won’t be in competition with anybody as far as she gets a place to sleep.

The audio of her statement was impersonated by the content creator on social media as shared herein.