This comes after he belittled the entertainment journalist, Arnold Asamoah Baidoo for wearing Ghc2.50p shoe.

A photo posted by Shatta Wale on his social media pages wearing a pair of DSQUARED2 jeans but netizens revealed that DSQURED2 tag is not original and for that matter it is fake.

Others said he might probably bought it from kantamanto for Ghc12.

But the sm movement defended their boss. They said because he said Arnold wears Ghc2.50p shoe, people want to say that Shatta Wale also wear fake or low cost.

Shatta Wale reacting to the allegations by netizens that his DSQURED2 jeans is fake says he won't wear it again since it is fake. 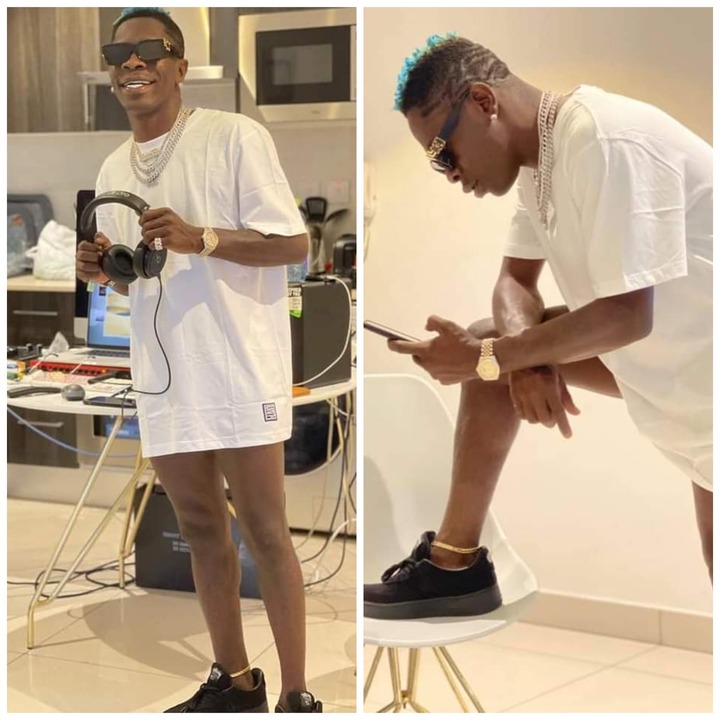 The below is from his Facebook page. A picture of Shatta Wale wearing only shirt holding headset. 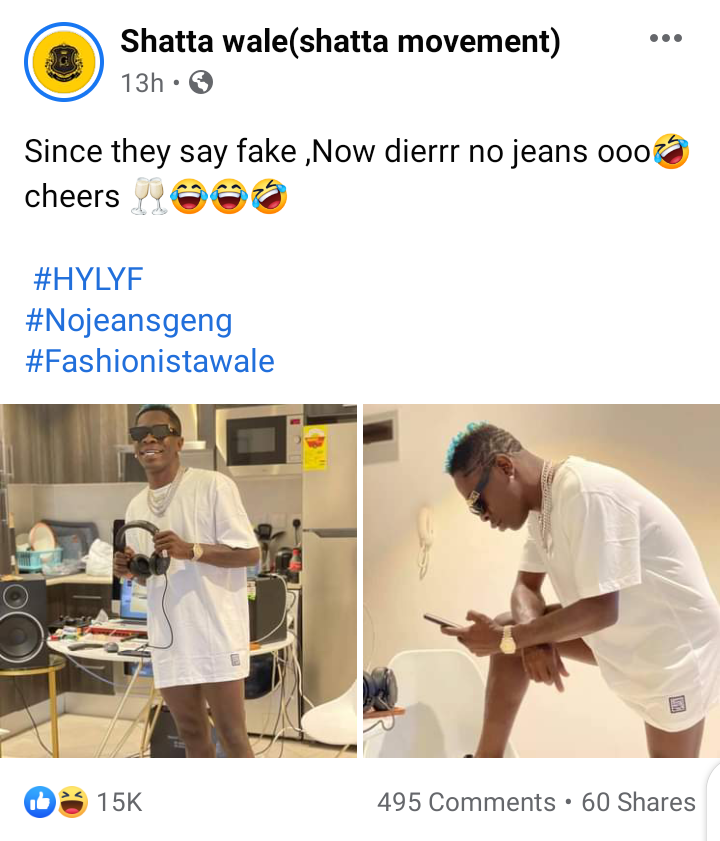