By OriginalCreator (self meida writer) | 27 days

A married lady who posted her story under the premise of "Anonymous" has deemed it necessary to share her ordeal with the members of a group she belongs to on Facebook to advise her on what to do.

According to the content of what the lady shared with the members of her group through one of the admins, she slept with her boss to get the job she is presently involved in. 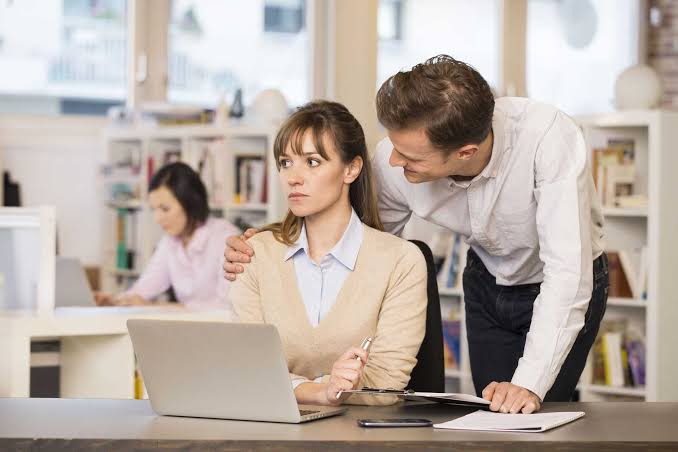 While making attempt to state the reason why she had to go to that length to secure a job, she revealed that, the reason why she slept with the boss to get the job was to contribute her quota to the running of the family. According to her, she needed to support her husband who is not at the moment not well to do financially, plus take care of some of the needs of her children. 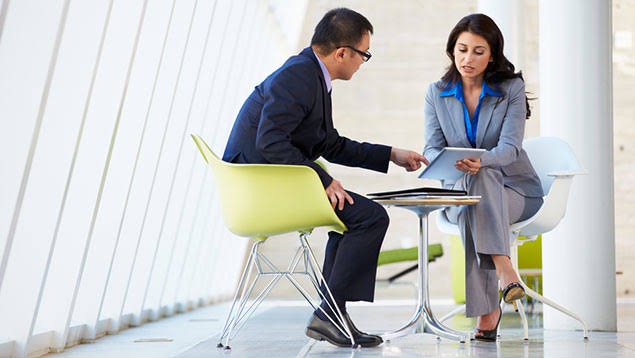 Prior to having her present job, she once worked in an organization. However, after working a while, she considered it wise to quit the job because there was need for her to be there for her children at a tender age. If she hadn't quitted from the job, a lot would have gone wrong in her marriage, most especially in the nurturing of the kids. 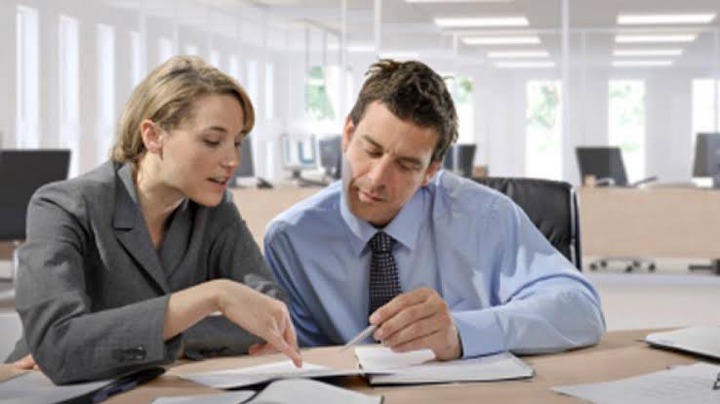 Meanwhile, during the period of staying at home, her husband was doing well at that time. So much so that, the hubby had no reason whatsoever to complain of financial workload because he was doing financially well.

Sadly enough, after a time, being that the husband is a contractor, the firm where he was working as a contract staff closed up. That was the beginning of the financial struggle in the family. 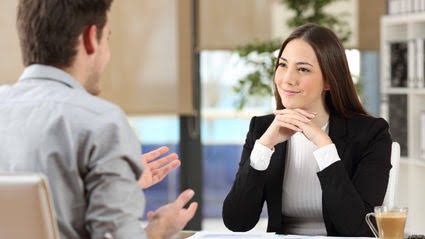 In order to perform her "helpmeet" Biblical role, he resorted to scouting for a new job. Hence, sleeping with the boss to get the job, since it is not easy to get white collar jobs these days without something going in. 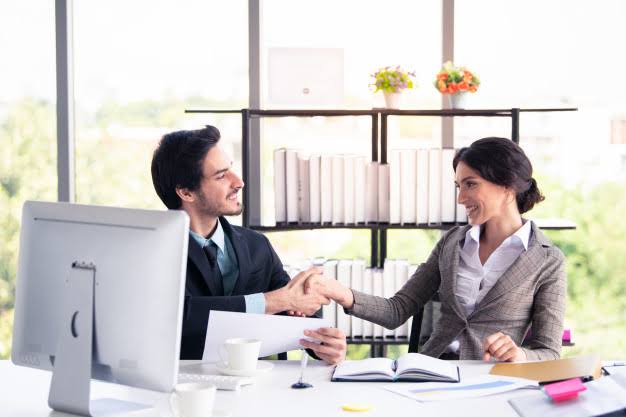 As it stands, sleeping with the boss is not even the major issue on ground but the persistency of the boss to have another share of the "cake" she gave to him when she was security the job. As defense, she told the boss that she can't continue what she did with him the first time because, in the first place, she never planned of sleeping with him but just had to because of the situation at hand. 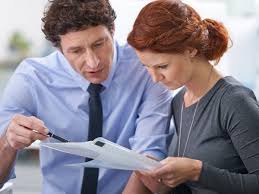 Furthermore, the lady confessed that, ever since she slept with the boss, her conscience flogs her whenever she sees her husband. In addition, she revealed that the situation has led to her having insomnia.

Presently, she is confused on what to do concerning the ugly issue staring at her on the face.

Take a look at the screenshots below to access the full gist: 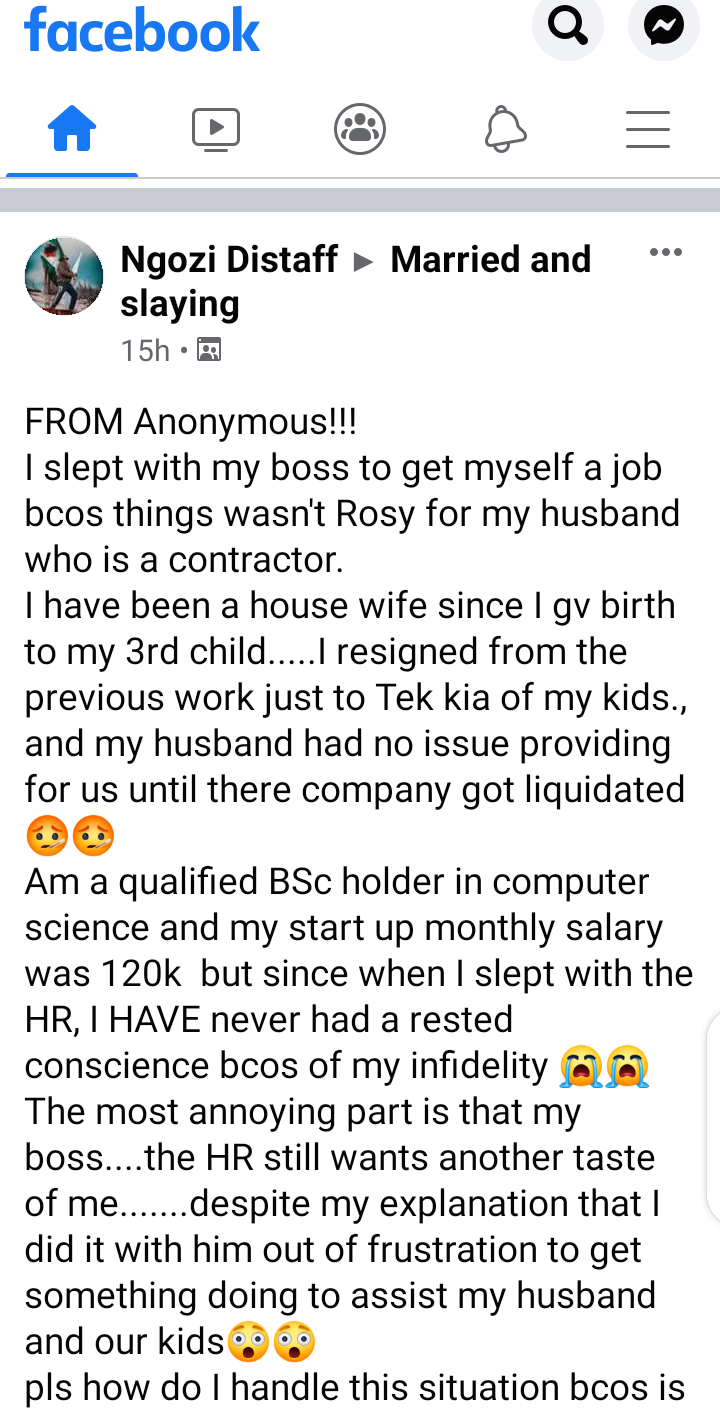 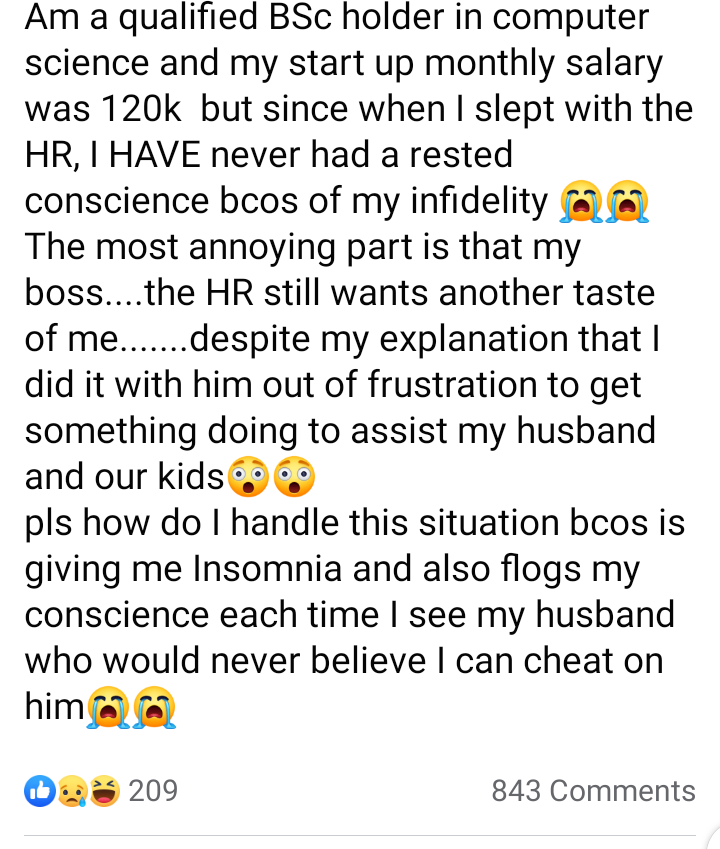 The lady's request for advice was granted by some members of the group. See the screenshots below for some of the comments submitted on the post: 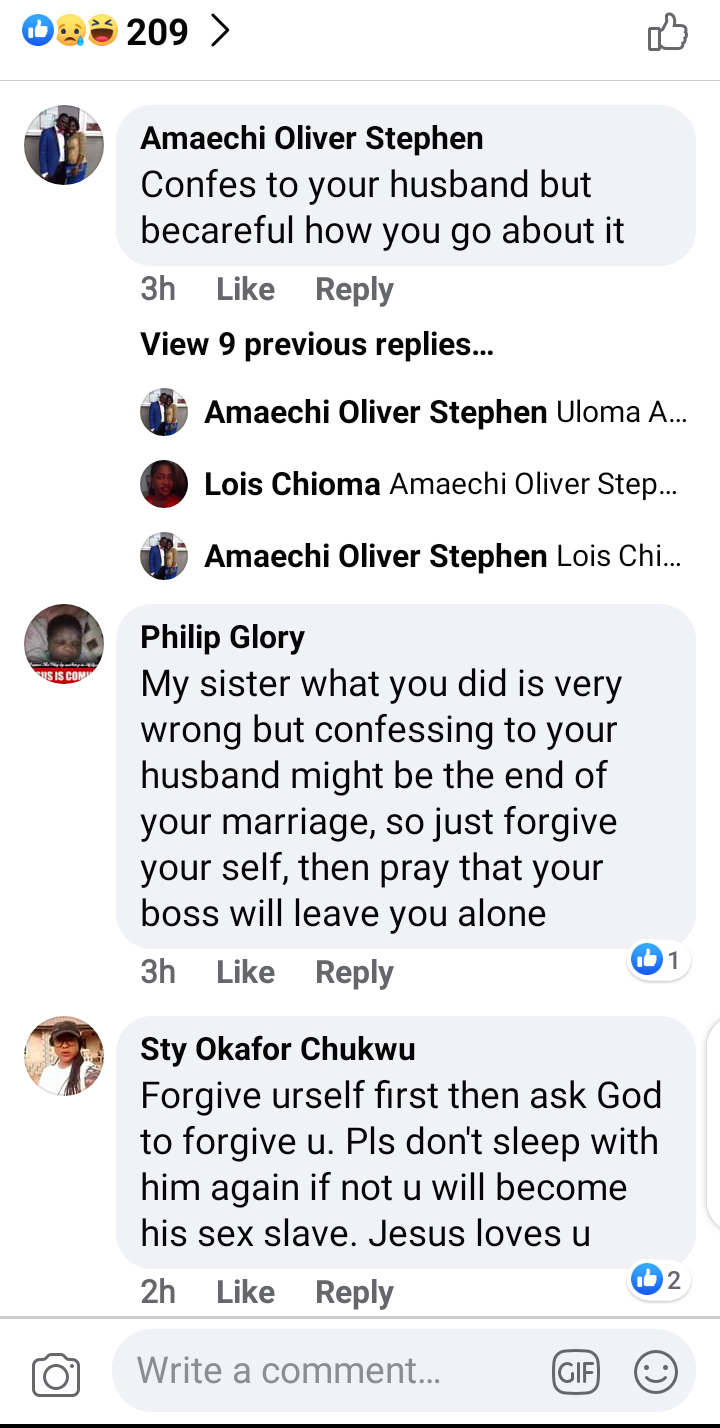 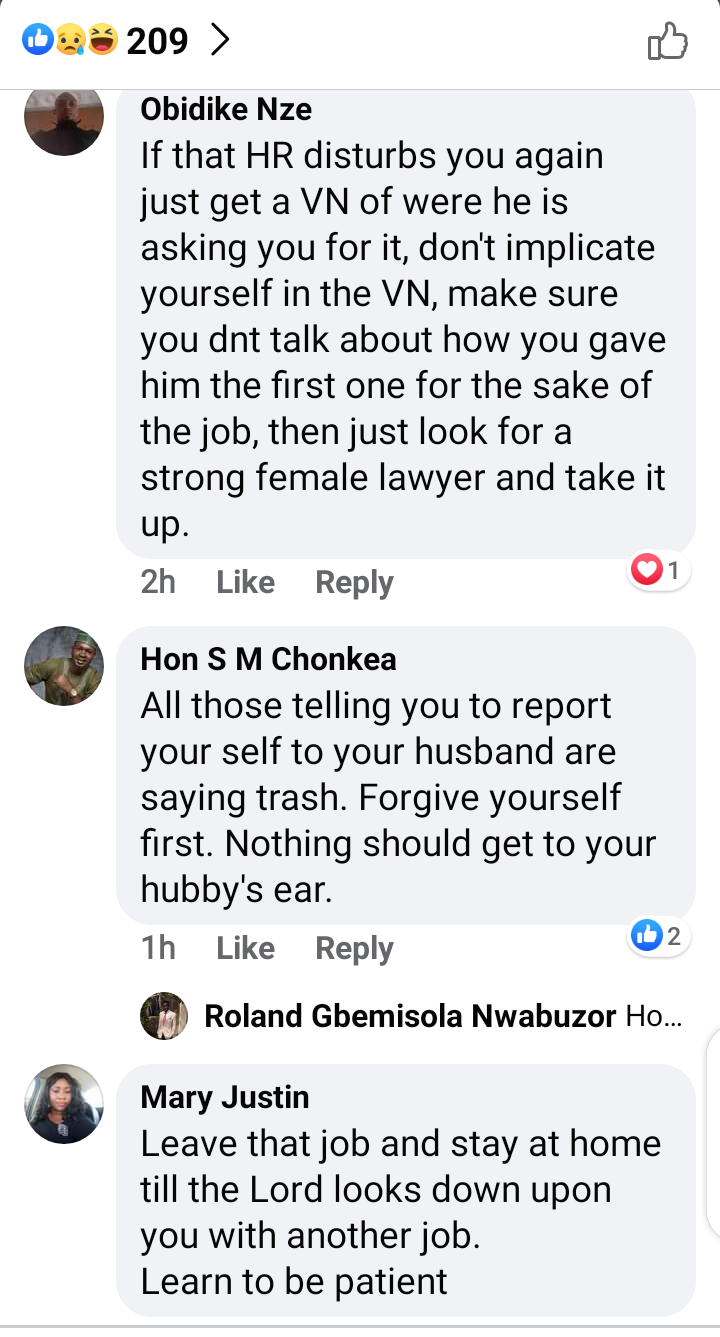 Assuming you are a member of the group, what kind of advice would you possibly drop as a comment for the lady to help her out of the mess she is into? Drop the advice in the comment section. Others who are in a similar situation can learn from them.