Here is what caused the death of the legendary Bob Marley, his age and his last words to his son Ziggy.

By Determiner12 (self media writer) | 1 year ago

Many reggae legends came on this planet and of course no one can doubt the fact that, Bob marley was one of them. What i keep wondering is that, what really caused the death of this legend, was it a fatal accident or what really traspired. Read this wonderful article to find out what really caused the death of the legendary Bob Marley, his age and his last words to his son, Ziggy. Before you start reading, please click on the +follow button to see articles each time i publish them. Thank you. 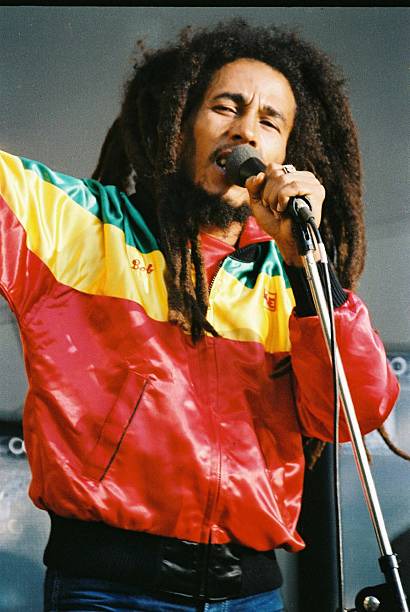 Robert Nesta Marley,  (6 February 1945 – 11 May 1981) was a Jamaican singer, songwriter, and musician. Considered one of the pioneers of reggae, his musical career was marked by fusing elements of reggae, ska, and rocksteady, as well as his distinctive vocal and songwriting style. Marley's contributions to music increased the visibility of Jamaican music worldwide, and made him a global figure in popular culture for over a decade.

In July 1977, Marley was found to have a type of malignant melanoma under the nail of a toe. Contrary to urban legend, this lesion was not primarily caused by an injury during a football match that year but was instead a symptom of already-existing cancer. He had to see two doctors before a biopsy was made, which confirmed the deadliest kind of skin cancer: acral lentiginous melanoma.

Unlike other melanomas, usually on skin exposed to the sun, acral lentiginous melanoma occurs in places that are easy to miss, such as the soles of the feet, or under toenails. Although it is the commonest melanoma in people with dark skin, it is not widely recognised, and was not mentioned in the most popular medical textbook of the time.

Marley turned down his doctors' advice to have his toe amputated (which would have hindered his performing career), citing his religious beliefs, and instead, the nail and nail bed were removed and a skin graft was taken from his thigh to cover the area. Despite his illness, he continued touring and was in the process of scheduling a world tour in 1980.

The album Uprising was released in May 1980. The band completed a major tour of Europe, where it played its biggest concert to 100,000 people in Milan, Italy. After the tour Marley went to the United States, where he performed two shows at Madison Square Garden in New York City as part of the Uprising Tour. He collapsed while jogging in Central Park and was taken to hospital, where it was found that his cancer had spread to his brain, lungs, and liver.

Shortly afterward, Marley's health deteriorated as his cancer had spread throughout his body. The rest of the tour was canceled and Marley sought treatment at the clinic of Josef Issels in Bavaria, Germany, where he underwent an alternative cancer treatment called Issels treatment partly based on avoidance of certain foods, drinks, and other substances.

After eight months of effectively failing to treat his advancing cancer, Marley boarded a plane for his home in Jamaica. During the flight Marley's vital functions worsened. After landing in Miami, Florida, he was taken to Cedars of Lebanon Hospital (later University of Miami Hospital) for immediate medical attention, but died on 11 May 1981, aged 36, due to the spread of melanoma to his lungs and brain.

His final words to his son Ziggy were "Money can't buy life." Marley was given a state funeral in Jamaica on 21 May 1981, which combined elements of Ethiopian Orthodoxy and Rastafari tradition. He was buried in a chapel near his birthplace with his guitar.

Content created and supplied by: Determiner12 (via Opera News )

The guy who pranked Berla Mundi on her birthday finally grabs a date on TV : Is this also a prank?

How Chacha lost her opportunity to date Corey: Was it stage fright or something else?

Father Of Chelsea Star Confirms His Son's Nationality Switch To Play For Ghana?

Oliver Barker Reveals An Information About The Arise Ghana Demonstration