By Ahomka.News (self media writer) | 7 months ago

The much anticipated and most watched reality show TV 3 'Date Rush' is about to hit our screens once again after episode 5 came to an end. Last season's show was loaded with full of fun, disappointments, heartbreaks and new love. After contestants find love on the platform, each of them later comes with their own stories. Giovani sometimes becomes a counsellor by solving most of their cases on TV. Despite the fact that a lot were having difficulties in their relationships, some were also enjoying and having good time together. One clear example was Dzato and Grace who at the end of the day travelled to Dubai for vacation fully expensed.

Now, season 6 is about to be aired after a successful audition as the station has announced on their verified twitter handle. The caption was followed with the photos of Anita Akufo and Giovani Caleb which indicates that they will still be the hosts of the programme this season. It can be recalled that, Date Rush Season 1 to 3 was hosted by talented and comical Nii Kpakpo Thomson and many enjoyed the seasons with much fun. His way of handling the show was superb.

In Season 4 and 5 he was nowhere to be found which generated a lot of controversies on social media. When Giovani started hosting the show, social media users expressed their displeasure about the fact that he was not funny enough and wasn't making the show interesting. They talked about it several times but he took mastery of the show without relenting. He is the same person to host the show again and social media users are still against it the second time. They are are saying with the same reason that he is not handling the show well as compared to Nii Kpakpo. 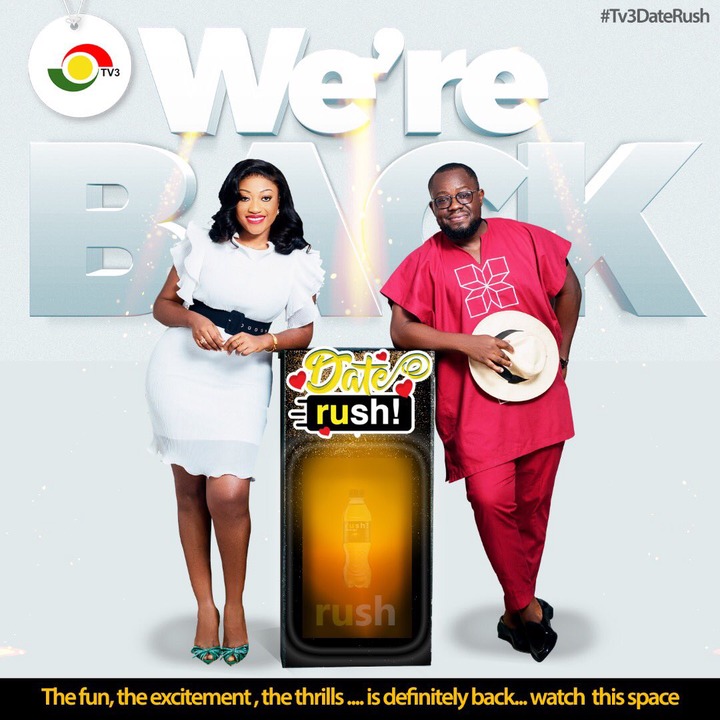 I Must Speak The Truth: Prophet Badu Kobi Drops Another Bold Message To NPP Government.