This Thursday On Sapne Suhane Ladapanke.Final Episode On Adom Tv

By Richmondbaffournwes360 (self media writer) | 1 year ago 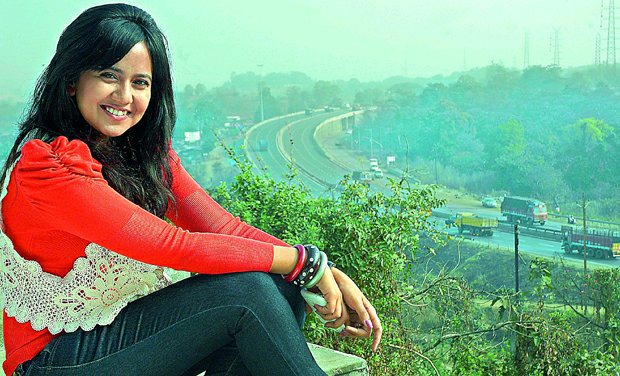 Shayl hears Gunjan and Mayank talking. Mayank asks her to stop till his sister’s wedding. Gunjan says she has no problem, if he can bear her for two more days. Gunjan tells Mayank to correct his mood. Shayl enters the kitchen. Gunjan tries to change her attention, she tells her that if she gets busy Mayank thinks she is ignoring him. Shayl asks about the truth.

Gunjan says that she has to go out of city for important work. Mayank says that she has to go Jaipur. Gunjan asks Shayl why would she get Mayank’s initial written on her hand. Mayank is shocked to see this. Shayl says she get worried on small matters. Mayank asks why she got his initials written, She says when they are doing the drama they must do it fully.

Bauji asks Shayl about changing the necklace Rachna doesnt like. Shayl suggests she and KT must dance as well. Rachna hugs Shayl and cries. She says she won’t be able to live without them.

Gunjan comes into the room, Mayank also enters. Mayank comes near to her, while she smiles. Gunjan calls his name, and asks him to give her way. He comes to conscious and asks shall he go out for sleep. She says they must not make an issue about it. The lie on the bed, thinking about each other. In the morning, Gunjan was sleeping on Mayanks hand. Peehu wakes them. Peehu tells Gunjan that she is hungry, and the doctor has suggested her bed-rest. Gunjan goes to give her breakfast.

Bittu practices dance with Mausi saying the tomorrow is Bittu’s wedding. Mausi is shocked to see Gunjan. She asks Bittu why he didnt tell her he is getting married,when? Mausi asks her the reason to come, Gunjan gives her sweets. Mausi says that Bittu is so eager to ge married, they thought about marrying him.

Gunjan asks has he got a girl to marry. Mausi puts sweet in Bittu’s mouth, and tells Gunjan she is busy. Gunjan leaves, she has forgotten her mobile. Bittu asks Mausi how doesnt Gunjan know about the wedding. Mausi says she must not have got the card. Gunjan picks her cell phone, and wonders what they are talking about.

Content created and supplied by: Richmondbaffournwes360 (via Opera News )

Saturday Football Predictions With 22 Odds To Bank On

Officially Fc Barcelona will play against Ac Milan in the Goan Gamper cup.

How Borussia Dortmund would lineup if they kept all their players.

Cancer Prevention And Other Health Benefits Of Tumeric According To Experts