By TodaysDiary (self meida writer) | 18 days 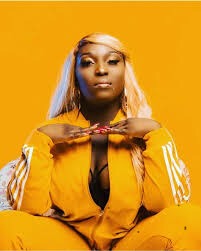 Ruth Eno Adjoa Amankwah Nyame Adom (born October 30, 1995) is a Ghanaian rapper and musician who goes by the stage name Eno Barony. She was born in Tema, Accra, and rose to prominence after releasing her debut single "Wats Ma Name" and "Tonga," a remix of Joey B's "Tonga" featuring Sarkodie, in 2014. She was said to be the first female rapper to chart in the United States. 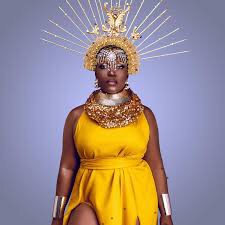 Despite having previously released other singles, Eno gained wider attention when she released her first single, "Tonga," in 2014, which received commercial airplay. She went on to record more songs, including "Megye Wo Boy" in 2015, on which she collaborated with Abrewa Nana. In 2015, her mother died.

In the same year, she released a track named "GARI" with rapper Kwaw Kese. She also worked with Stonebwoy and Medikal on two further tracks, "Touch the Body" and "King of Queens." In 2017, she released "Juice Me", which was followed by "Obiaa Ba Ny3," a collaboration with Ebony Reigns.

Despite her reputation as a rap artist, she collaborated on the Save Mama Today project with Stay Jay, FlowKing Stone, Dr. Cryme, and other renowned artists. In 2014, she was nominated for the first edition of the Vodafone Ghana Music Awards' unsung category. At the Ghana Music Week, she played alongside Popcaan and Jah Vinci at the Accra Sports Stadium. She also performed alongside Ghanaian rapper Rakim at the Closeup event.

She ran for the Best Female Rapper award and was nominated for the Jigwe Award for Best New Act the following year. In 2015, she played for the third year in a row at the Ghana Music Week Festival. At the Ghana DJ Awards and the Ghana Freedom Concert, she performed (S Concert). In the same year, she co-hosted the Joy FM Old School reunion with Stonebwoy and performed at Adom FM.

The 3Music Awards Women's Brunch named her one of the Top 30 Most Influential Women in Music in March 2021. She became the first female rapper in Ghana to win the 'Rapper of the Year' title at the 2021 3Music Awards. In 2021, she knocked over Sarkodie, Amerado, Medikal, Strongman, and Joey B to become the first Ghanaian female to win Best Rapper at the VGMA.