By TheNewsPod (self media writer) | 3 months ago

Elorm Adabala, popularly known as EL in the music industry, has confirmed that he will be releasing a new album titled BAR 6. 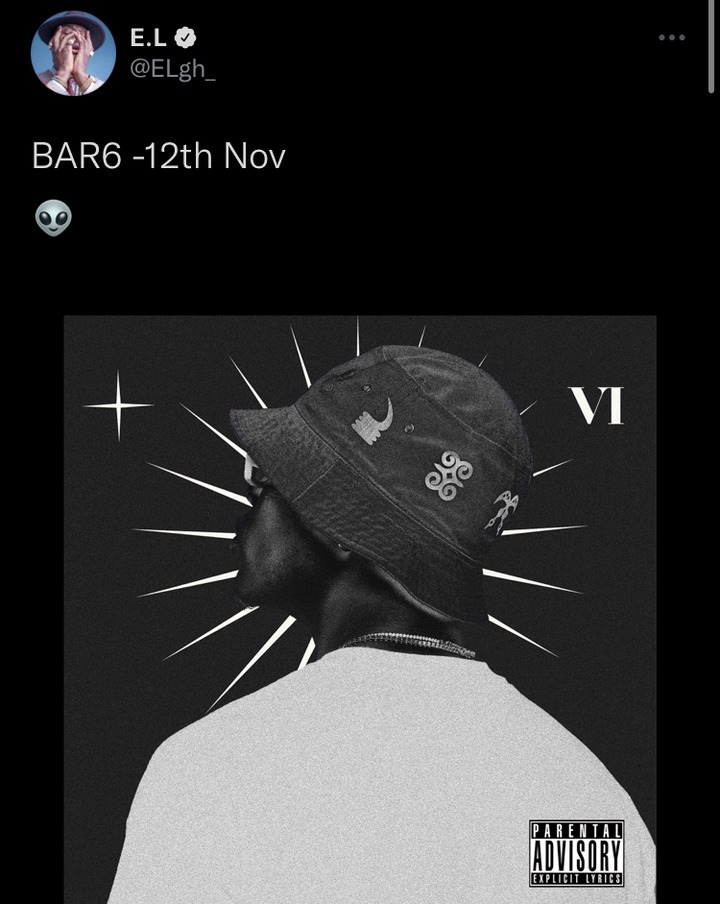 EL who has released the BAR 1 through to 5 has confirmed the 6 is coming out.

Fans were really excited to know that this album will be released. The comment section was full.

Most of his fans said he has starved them. They meant that metaphorically. They said that because EL has not been consistent lately in his music. But the rapper explained on twitter that he has other things going on but he will try to keep his music going for his fans. He also made it clear that he loves doing music and nothing will stop him from releasing music.

EL has not brought out the other artists on the album yet. But fans are awaiting that from him. kindly like and follow this account for more

Content created and supplied by: TheNewsPod (via Opera News )