By Lhana (self media writer) | 1 year ago 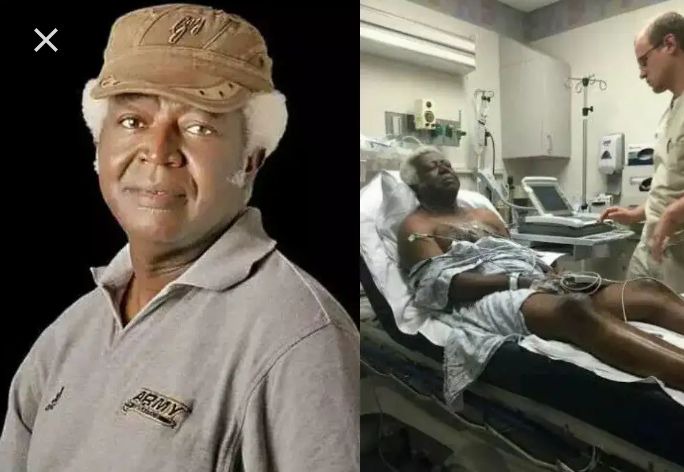 The popular veteran actor Chief Bruno Iwuoha passes on as a result of battling diabetics and glaucoma for a long time.

His close associates and filmmaker, Derik Zai, broke the news of his demise, revealing that the actor died at the National Hospital in Abuja. According to him, Chief Bruno went into a coma for about three weeks, and doctors tried all they could to bring him back to life, but death was stronger than life. His mortal remains have been placed in the mortuary at the hospital for autopsy.

In 2015, he opened up on his health in an interview about losing his sight due to glaucoma and diabetes.

Bruno Obinna Iwuoha has appeared in a number of films and has earned several awards during his career. His role in the film "Sins of the Flesh" won him the Best Supporting Actor award at the 3rd Africa Movie Academy Awards.

World Apart, Magic Cap, Keeping Close, Another Bondage, Faces Of Love, Days Of Hatred, and Two Bad Boys are some of the other films in which he appeared.