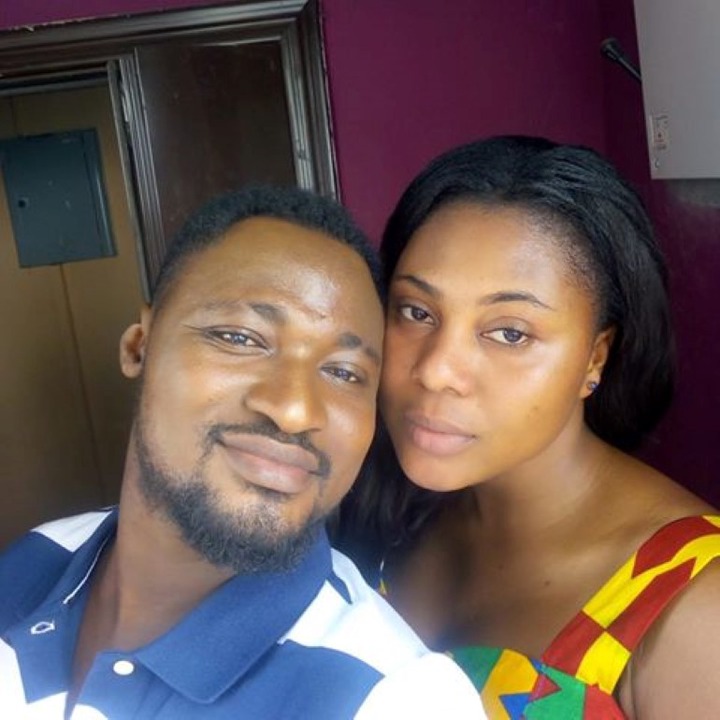 Funny Face as his popularly known or stage name bears the name Benson Nana Yaw Oduro Boateng. He is a Ghanaian comedian known for his role in TV3 Ghana's sitcom Chorkor Trotro. He is also known as SwagOn-Papa. He was working in collaboration with Bismark the joke in most TV series.

He was very successful and alright till his Baby Mama Vanessa left him after claiming he Funny Face have been beating and abusing her which was later confirmed by Funny Face himself to be true.

Since she left him, Funny Face has never been stable. He has now been doing things a normal being won't do, he even goes extra miles insulting people he was very closed to and people who have even helped him greatly.

As for his Baby Mama, he rained down curses on her and insulted her with unprintable or unwritten words and also insulted many people he think led to his Baby Mama leaving him.

Whiles he was doing all this things he forgot that women are not to be joked with. Women in general encompassing ladies, they are sort of special types of people. If a man uses a harsh word on a lady and the lady cries or ignores it's a curse.

Funny Face is blaming wee toffee and his Baby Mama for his abnormal condition but is forgetting that he has offended a woman.

Currently, Funny Face is facing the law as he threatened to kill his ex-wife Lizzy and Baby Mama Vanessa and after to commit suicide. All these he is doing it seems he don't know who he messed with.

So, from my opinion, Funny Face might not be suffering from any psychological problem or mental illness but it might be a curse from his Baby Mama Vanessa. So maybe until Vanessa comes out and say she has forgiven him, he might continue to suffer.