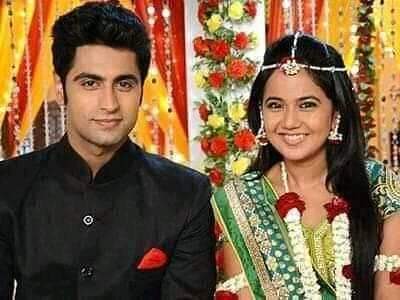 KT calls Rachna, Golu picks up the phone and tells him that he isn’t allowed to talk to Rachna. KT asks him to come to meet him.

Gunjan thinks if Mayank also feels it is all going wrong, she says she wants him to say to her that whatever happen is wrong. Mayank comes there. He says that he was also thinking about her, he says he never wants her to leave. He holds her hand, and asks what she wants? She asks will he fight with her again. He says no, and he can prove it. He picks up the sindoor box and put it her hair. She opens her eyes, and finds out that there is no Mayank around. She says in the mirror, that he won’t come as her leaving doesn’t affect him. She takes the Sindoor herself and put in her hair.

KT hands the letter to Rachna; he asks is it a love letter. KT says that it is urgent, so he must hand it directly to his sister. Gayatri comes there; he takes her inside as he wants to talk to her. He says that he has written a letter to Rachna, now he will accept whatever she decided. Gayatri asks what if she rejects his decision. He says that he will keep that decision of hers as well. Dadi comes there, KT points at Gayatri not to tell her anything. Gayatri thinks she must find the letter.

Content created and supplied by: Freenews23 (via Opera News )