Kofi Adjorlolo and Shatta Mama shocked the nation and social media by announcing that they are currently dating and will soon announce the date of their marriage. 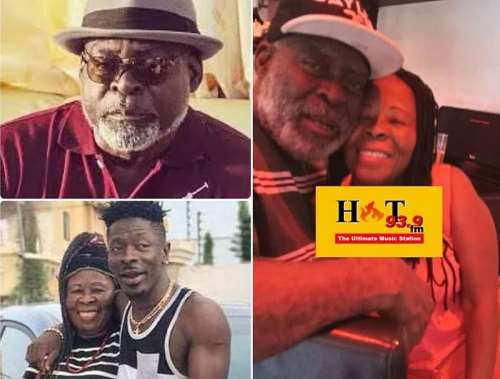 Speaking to this portal, Kofi Adjorlolo and his new love, Shatta Mama, stated, "We are seriously in love and will soon come out and announce the date of our marriage."

Both the legendary actor and Shatta Mama are in their sixties. Kofi Adjorlolo, who has appeared in over a hundred Ghanaian and Nigerian films and has two children, lost his wife Charity Nyarko, 49, in 2011.

Shatta Mama, the ex-wife of Shatta Wale's father, Shatta Capo, has three children, one of whom is the celebrated singer.

Adjorlolo's two children have already given him permission to marry whoever he wants.

However, since the news of their marriage went viral, most entertainment pundits and a segment of the general public have been wondering whether Shatta Wale would allow his mother to marry again.

Reacting to this on Tuesday's 'Entertainment Review' show on Peace FM, renowned Showbiz Journalist Reagan Mends, who also serves as Shatta Mama's publicist, revealed: "Yes, since the news broke, people have been wondering whether Shatta Wale would allow the mother to marry Kofi Adjorlolo. So, I spoke with her (Shatta Mama) this morning, and she told me that no one can stop her from marrying whoever she wants ".

Reagan Mends claims that "She questioned why Shatta Wale would tell her who she should marry. He can't stop her from marrying Adjorlolo because he (Shatta Wale) doesn't look after her, he doesn't even know where she lives, so why would he interfere in her affairs?"

Dogs Are Lovely, Check Out How People Dressed Their Dogs Like Human Beings